Players win vaults Kim to 28th in the world 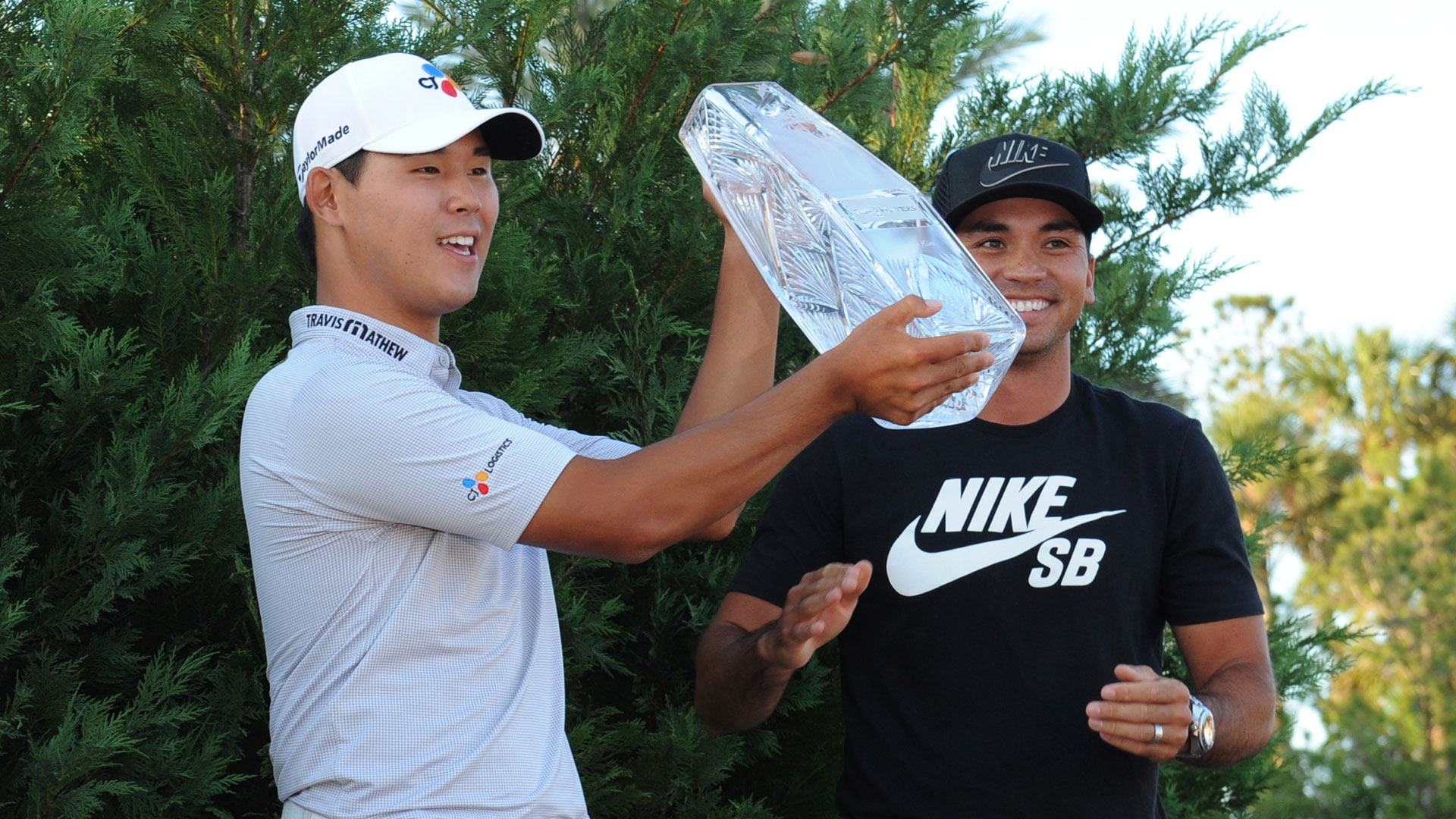 Si Woo Kim rode nine straight pars on the back nine of TPC Sawgrass to the biggest win and the highest ranking of his young career.

Kim's Players Championship victory on Sunday vaulted him from 75th to 28th in the Official World Golf Ranking.

And while Ian Poulter remains in search of his first U.S. victory, his T-2 finish three shots behind Kim likely secured the Englishman his PGA Tour card for next season and pushed him back inside the world's top 100, jumping him from 197th all the way to 80th.

Just one week remains for players to jump inside the OWGR top 60 in order to qualify for this year's U.S. Open at Erin Hills, and two weeks remain to get into the top 50 to qualify for The Open at Royal Birkdale. No. 50 Yuta Ikdea and No. 60 Scott Piercy are the current bubble boys.

As for changes inside the top 10, Hideki Matsuyama and Jason Day swtiched places at Nos. 3 and 4, respectively, while Sergio Garcia and Jordan Spieth did the same at Nos. 5 and 6. Adam Scott also hopped from 11th to ninth, pushing Rickie Fowler to 10th and Justin Thomas to 11th.