Police: Woods had 5 drugs in system when arrested 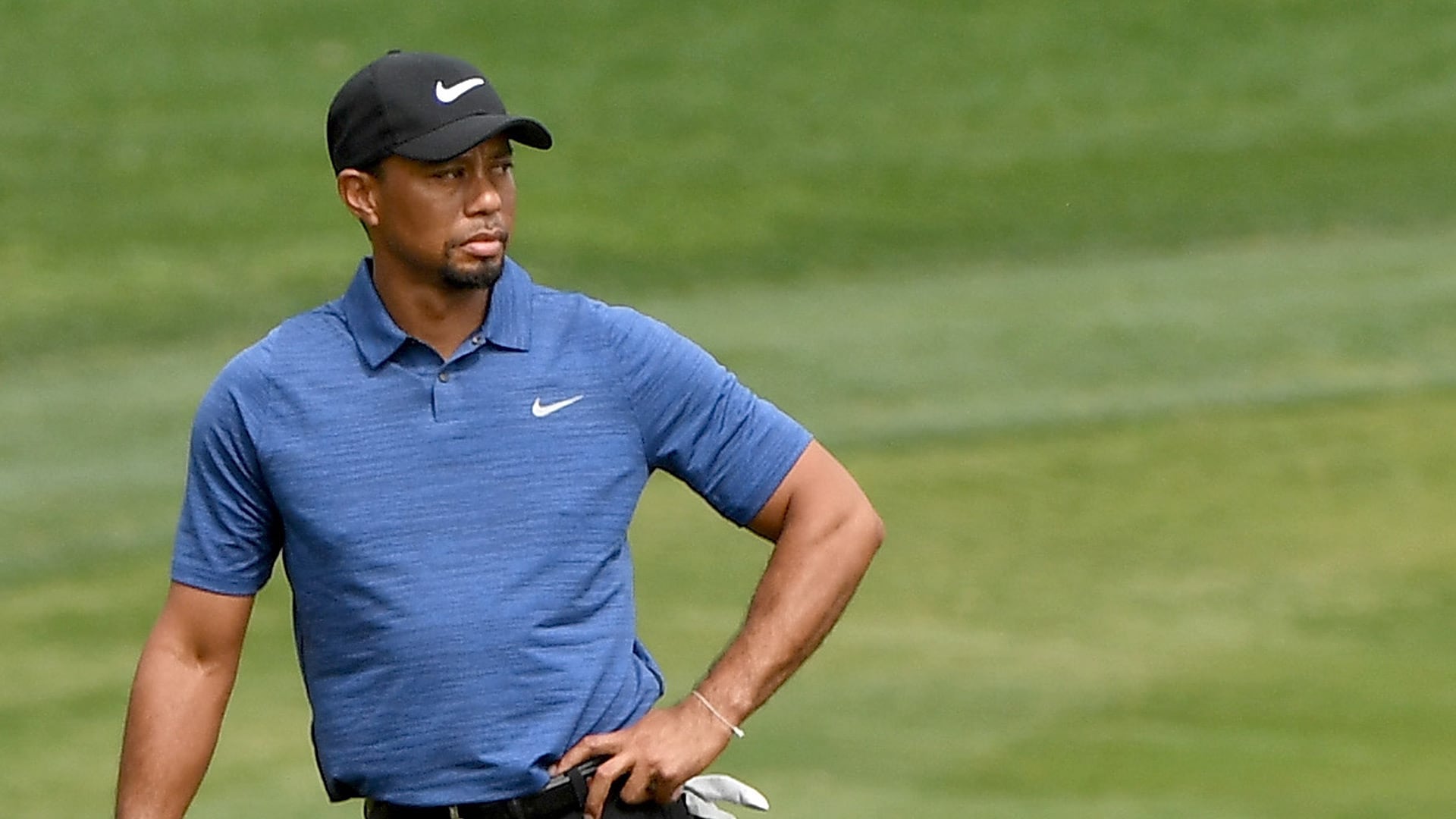 Tiger Woods had five different drugs in his system when he was arrested in Jupiter, Fla., on suspicion of DUI in May, according to a toxicology report (view below). The report stated the drugs in Woods' system were Hydrocodone, the generic form of a painkiller branded as Vicodin; Hydromorphone, a painkiller commonly known as Dilaudid; Alprazolam, a mood and sleep drug commonly known as Xanax; Zolpidem, a sleep drug commonly known as Ambien; and Delta-9 carboxy THC, a muscle relaxant that is also the substance the body metabolizes after marijuana is consumed.

It is not known if Woods had prescriptions for all of the medications. Medical marijuana is legal in Florida.

On Monday, Woods issued the following statement to Golf Channel:

"As I previously said, I received professional help to manage my medications. Recently, I had been trying on my own to treat my back pain and a sleep disorder, including insomnia,  but I realize now it was a mistake to do this without medical assistance. I am continuing to work with my doctors, and they feel I've made significant progress. I remain grateful for the amazing support that I continue to receive and for the family and friends that are assisting me.

"Regarding my back, I recently spoke to my surgeon and he's very pleased with how my fusion is healing. I'm right on schedule. I'm now doing some light lifting, riding a stationary bike and putting a little."

On Wednesday, a Palm Beach County prosecutor said Woods agreed to plead guilty to a reduced charge of reckless driving and enter the county's program for first-time DUI offenders. If he completes the program, he can ask a judge to expunge the charge from his record.

At the time of the arrest on May 29, Woods said he had an "unexpected reaction" to prescription medicine. He checked into a clinic in June for help dealing with prescription drugs, and he announced last month that he had completed treatment.

At the scene of the arrest, Woods took a breathalyzer test and twice blew a 0.000.

A Jupiter Police officer observed Woods’ car stopped in the roadway in the right lane. He was asleep at the wheel and had to be woken up. The vehicle was running.

Woods told the officer that he was taking Solarex, Vicodin, Torix and Vioxx, the last of which the officer added a note indicating "not taken this year."

The warning listed by the FDA for hydrocodone painkillers like Vicodin states "may impair the mental and/or physical abilities required for the performance of potentially hazardous tasks such as driving a car or operating machinery; patients shoould be cautioned accordingly."

Woods has undergone four back surgeries between April 2014 and April 2017.  The 14-time major champion has not played since withdrawing from the Omega Dubai Desert Classic in February. 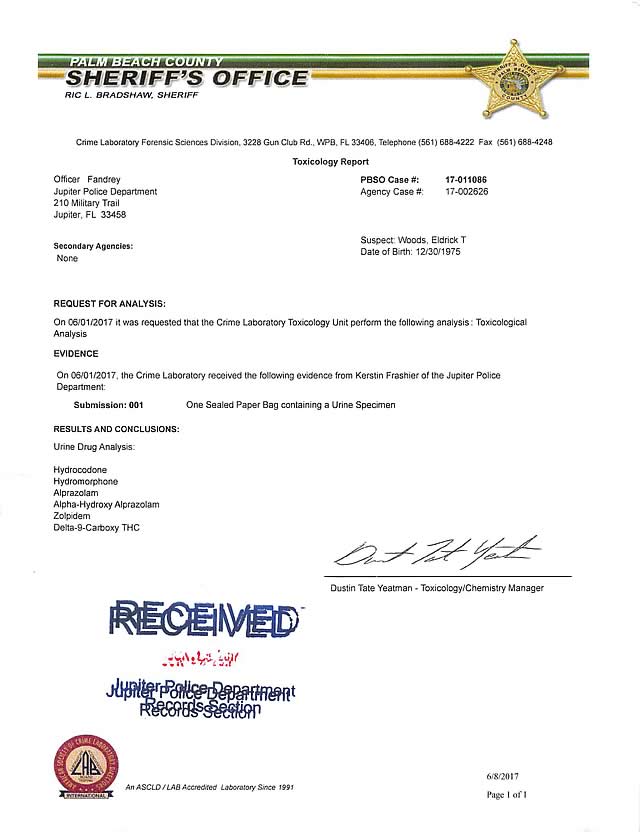