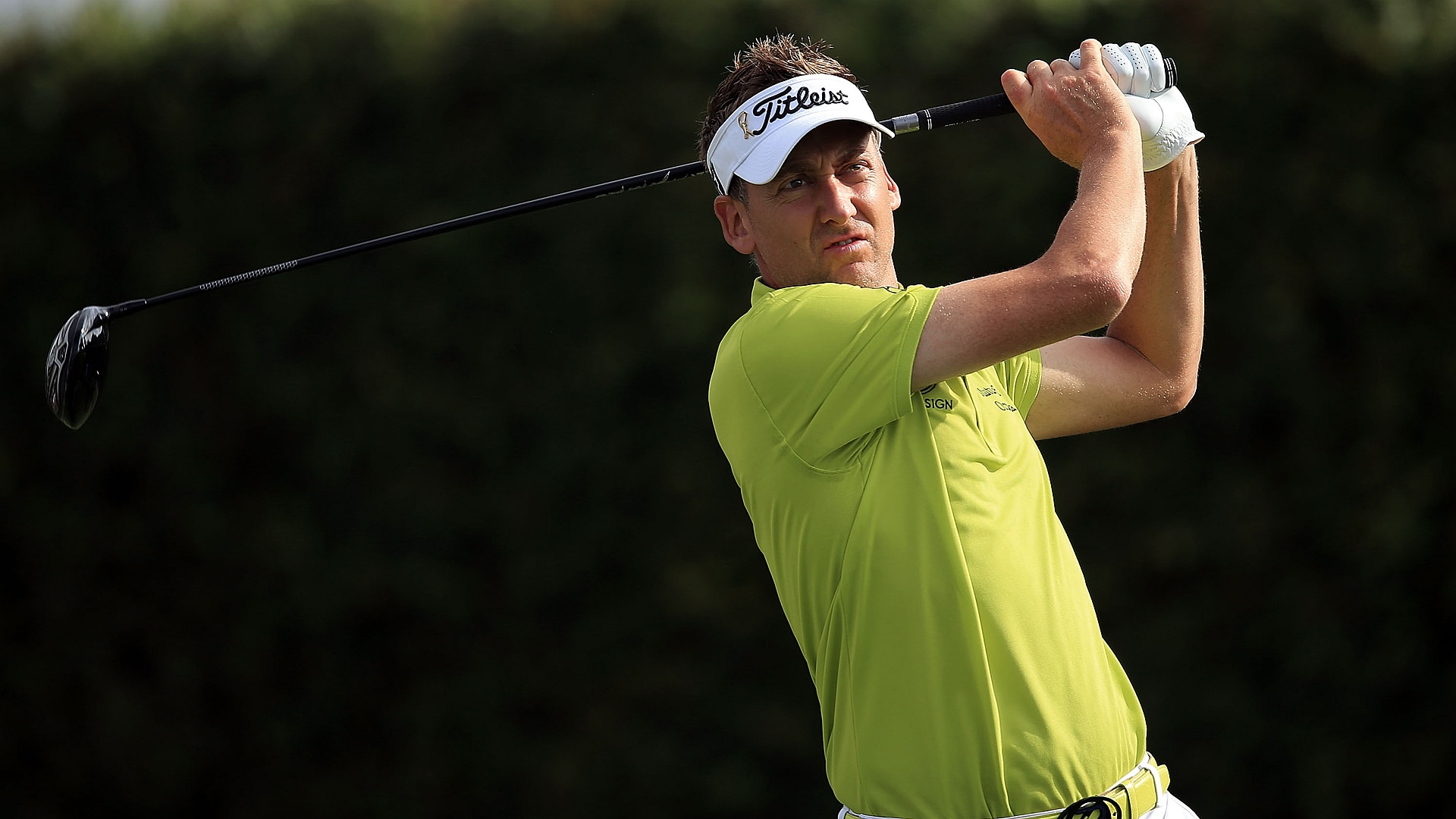 ORLANDO, Fla. – Ian Poulter was cruising along for 14 holes on Thursday and then he shanked the ball - twice.

Poulter was 3 under on his round Thursday when he drove his ball through the dogleg right fairway at the par-4 15th. Playing from the left rough, he proceed to shank his second shot across the fairway and out of bounds, into the NBC/Golf Channel TV compound.

After making double bogey-6, he rebounded with a birdie at the short par-5 16th and a par at the challenging par-3 17th.

A 295-yard drive in the first cut at the 18th left him position to close his round on a positive note - but he shanked the ball again into the lake short and right of the green.

Poulter played 16 of his holes in 4 under and Nos. 16 and 18 in 4 over to card an even-par 72. ShotTracker images of the two holes in question appear below. After his round, Poulter went immediately to the practice range and then later to Twitter to sum up his day: