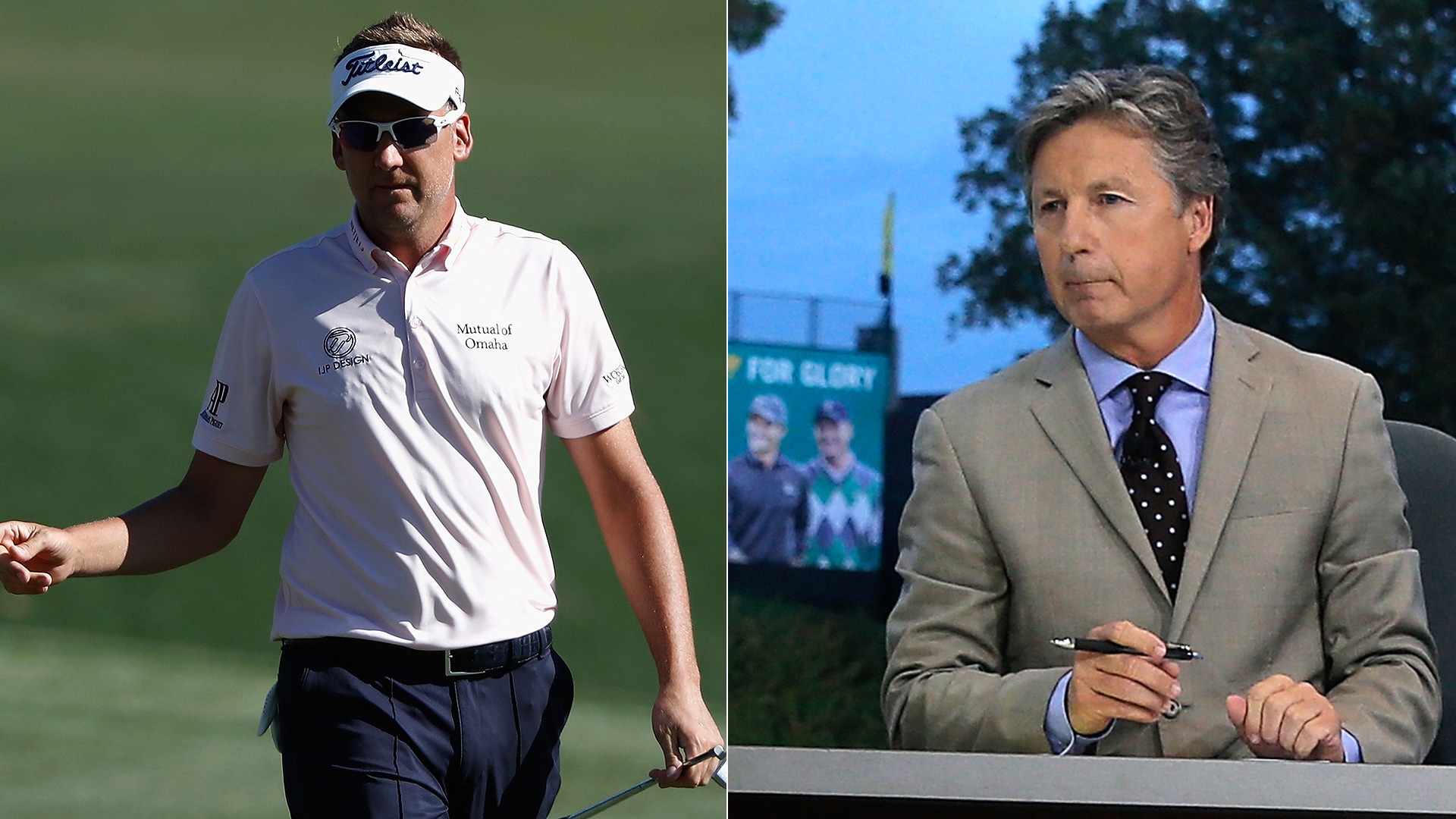 Golf Channel analyst Brandel Chamblee often grabs the attention players with his comments. The latest example came Sunday, when Chamblee said Ian Poulter did not play to win down the stretch of The Players.

Brandel, on the way Poults played down the stretch: "He clearly did not play to win, and he didn't!"

Poulter, who tied for second, saw the comments and tweeted out a fiery response, saying, "I can only dream of being as good as Brandel... it's clearly very easy sitting on your arse."

Sorry to disappoint, I can only dream of being as good as Brandel.. it's clearly very easy sitting on your arse... thanks for the support. https://t.co/hK8rs8NcXW

Poulter followed it up with a photo of Chamblee's Twitter account, which he can't see because he is blocked, and has been for some time, according to Chamblee.

For the record, I blocked IJP many years ago, not last night. And I enjoy his golf, cool swing, good player .. usually fun to watch. Cheers. https://t.co/l9PQSGlRYP

After mistakenly losing his PGA Tour card three weeks ago, Poulter's runner-up finish essentially locked up his card for the 2017-18 season.