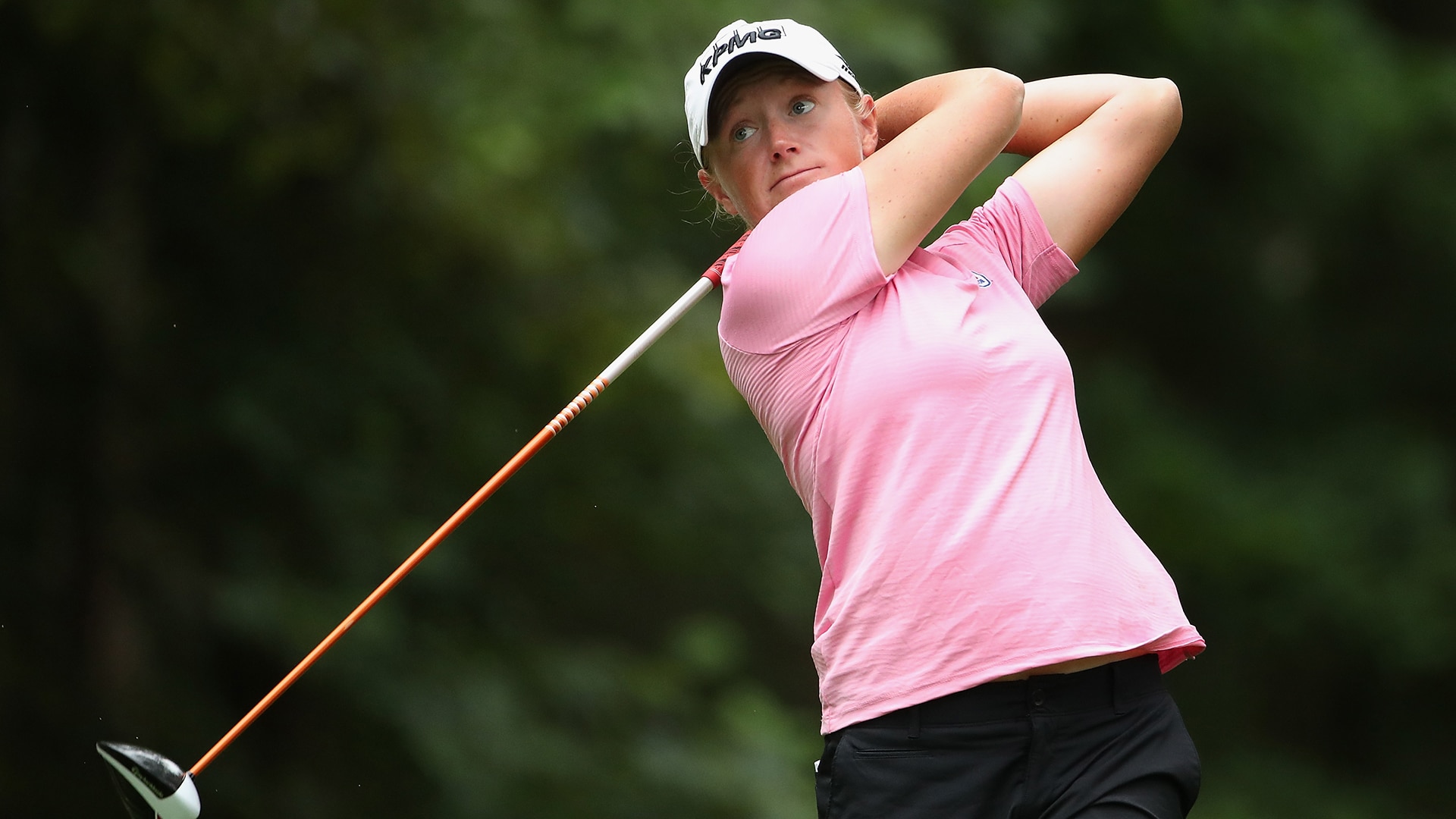 Stacy Lewis will be looking to make the most of her last three starts of 2018 in her annual return to her collegiate roots this week.

Lewis, due to give birth to her first child on Nov. 3, will tee it up in Friday’s start to the Walmart NW Arkansas Championship at Pinnacle Country Club in Rogers, Arkansas. She won the NCAA individual women’s national title in 2007 while playing at the University of Arkansas. She is planning to play the KPMG Women’s PGA Championship next week and then the Marathon Classic two weeks after that before taking the rest of the year off to get ready for her baby’s arrival.

Lewis, 33, said she is beginning to feel the effects of being with child.

“Things have definitely gotten harder, I would say, over the last week or so, the heat of the summer and all that,” Lewis said Tuesday. “I'm actually excited. I'm looking forward to the break and being able to decorate the baby's room and do all that kind of stuff and to be a mom - just super excited.”

Lewis says she is managing her energy levels, but she is eager to compete.

“Taking a few more naps and resting a little bit more,” she said. “Other than that, the game's been pretty good.”

Lewis won the Walmart NW Arkansas Championship in 2014, and she was credited with an unofficial title in ’07, while still a senior at Arkansas. That event was reduced to 18 holes because of multiple rain delays. Lewis is a popular alumni still actively involved with the university.