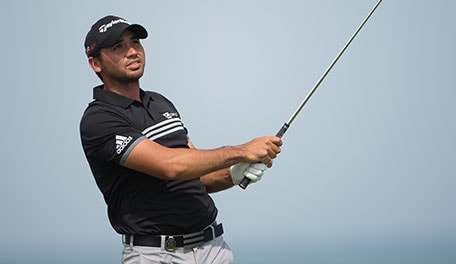 Jason Day broke through for his first major title Sunday at the PGA Championship. Here are some tweets from Day's fellow pros.

2 inevitable things happened today, @JDayGolf winning a major and @JordanSpieth getting to 1 in the world! Congrats guys!! Inspiring stuff!

Game over, very happy for Jason. Great dude and well deserved. Hats off to Jordan, incredible season. Calling it early.

Really cool to see the emotion by @JDayGolf. He's been so close winning a major and now his dreams come true! Amazing job my friend!

Incredible performance by @JDayGolf. Huge congrats, buddy! Such a well-deserved win for one of the games hardest workers and classiest guys.

Great to see one of world golf's really really good guys take care of a business at the @PGA_com. Hard work personified in @JDayGolf. #class

.@JDayGolf just simply outplayed everyone. 20 under par on that course, are you kidding me!! Congrats Jason. Phenomenal golf

1/2 Amazing display of golf @PGAChampionship. Much deserved major for @JDayGolf and congrats on our new #1 @JordanSpieth. Can't have better

2/2 players on top of our beautiful game of golf @JordanSpieth @McIlroyRory and @JDayGolf. Well done guys!!

Jason Day made what is incredibly hard to do look easy. Incredible talent and person Thanks @JDayGolf @JordanSpieth for your examples

Massive congrats to @JDayGolf on winning the PGA. Fantastic golfer but a better person! #majorchamp #overdue

Well done @JDayGolf , Controlled your 2 shot lead throughout the day . Feels a bit anticlimactic in the end due to your brilliance ! #champ