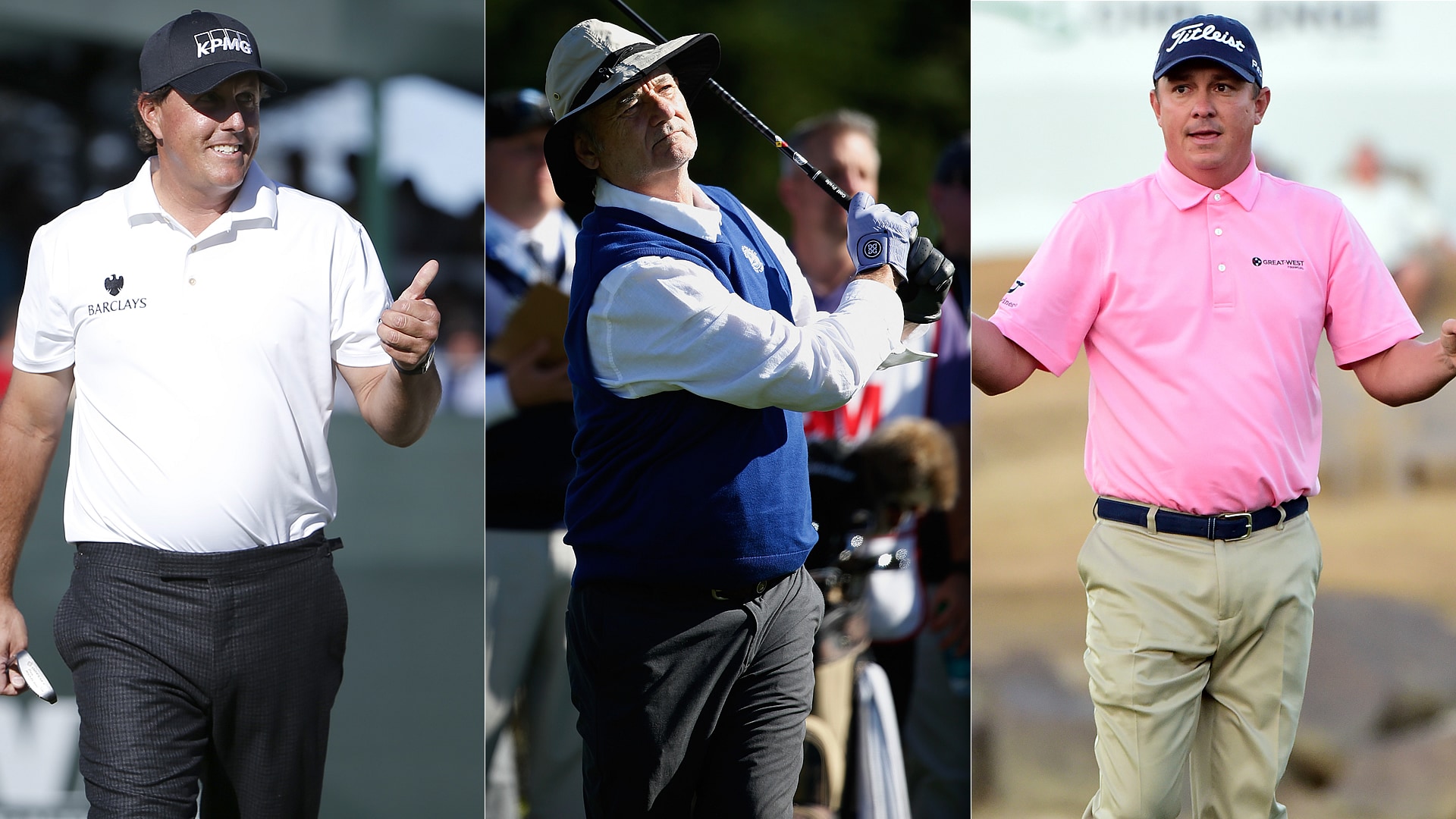 The Northern Trust Open wraps up an eventful West Coast swing. What has been the primary storyline over the first couple of months on the PGA Tour in 2016? Our writers weigh in:

The biggest storyline from the West Coast swing is that the top Americans have realized it’s a Ryder Cup year.

Jordan Spieth long ago clinched his spot on the team at Hazeltine, but he added a win in Hawaii for good measure. Rickie Fowler and Phil Mickelson both probably should have won over the last two weeks, but their near-misses will still go a long way toward ensuring that they’ll make the trip to Minnesota as well.

Patrick Reed, Jimmy Walker and Brooks Koepka have quietly notched a few top finishes, while Jason Dufner and Brandt Snedeker both made it back into the winner’s circle in California.

Victories like Dufner’s at the CareerBuilder Challenge and Snedeker’s at the Farmers Insurance Open could prove especially important. Everyone expects Davis Love III’s squad to be much younger than the team he took with him to Medinah four years ago, which is likely a promising development. But having Americans – and veteran Americans at that – play well this early in the season bodes well and could allow Love to get more creative with one of his four captain’s picks come September.

It was a typical Left Coast swing for Lefty: plenty of inspired play interspersed with dollops of dubious moments. In other words, it was entertaining.

Phil Mickelson began his year with a tie for third at the CareerBuilder Challenge, his first top-10 finish on the PGA Tour since last June’s FedEx St. Jude Classic; missed the cut at Torrey Pines and sandwiched flashes of brilliance between a pair of relatively pedestrian rounds (even-par 71s on Days 2 and 4) at TPC Scottsdale.

Last weekend’s finish at Pebble Beach, however, was quintessential Lefty. He opened with rounds of 68-65-66 to take a two-stroke lead into Sunday only to struggle with his ball striking when he needed it the most, hitting just nine of 18 greens in regulation in the final round.

His title bid came up one stroke short and drops the curtain on what should be considered a step in the right direction for a player who has been less than consistent since winning the 2013 Open Championship, his last Tour triumph.

Mickelson split with swing coach Butch Harmon this off-season and began 2016 with a cautiously optimistic outlook.

Although a runner-up showing at Pebble Beach, where he’s won four times, isn’t what we’ve come to expect from a Hall of Fame player it’s an encouraging sign that the 45-year-old still has plenty to prove.

The biggest storyline of this West Coast swing has been a player who hasn’t even won: Phil Mickelson. He dominated the conversation from PGA West to Torrey Pines to Pebble Beach.

It was a busy four weeks: He shined in his season debut, added a few new terms to the golf lexicon (“face awareness” and “divot entry point”), publicly shamed a 17-year-old for discussing details of their offseason wager, bombed out in his hometown event, grabbed a 54-hole lead for the first time since Merion in 2013 and botched a 60-foot up-and-down on one of the sport’s most famous holes to fall one shot short of a playoff with a 39-year-old journeyman. Phew.

The big-picture takeaway here is not just that Mickelson, at 45, is still capable of winning tournaments. If the Masters were held this week, he’d be on the short list of contenders, an idea that seemed unimaginable just a few months ago, when his game lacked any direction and his confidence was in shambles. Lefty has been the biggest revelation of this Left Coast swing.

The rejuvenation of the AT&T Pebble Beach Pro-Am and the old “Clam Bake” theme is the West Coast’s best storyline.

The fact that celebrities are now recruiting Tour pros to come play there is a notable development.

Here’s why: My wife almost never watches golf. She wouldn’t know Justin Rose from Justin Thomas, but she knows who Justin Timberlake is. She wouldn’t know Chris Kirk from Chris Wood, but she knows who Chris O’Donnell is. So there I was Saturday, watching the pro-am on the couch with my wife next to me playing Words with Friends on her cell phone when she heard Ray Romano’s name mentioned.

She set her phone down, and for the first time in years she watched golf with me. Yes, the most devoted golf followers among us may get annoyed seeing celebrity amateurs mixed into the weekend action, but there is an appeal to the old Clambake that golf’s diehard fans shouldn’t dismiss. There’s a reach outside the sport’s niche that is still good for the game in measured doses. It’s a worthy tradition nice to see thriving there at Pebble Beach.