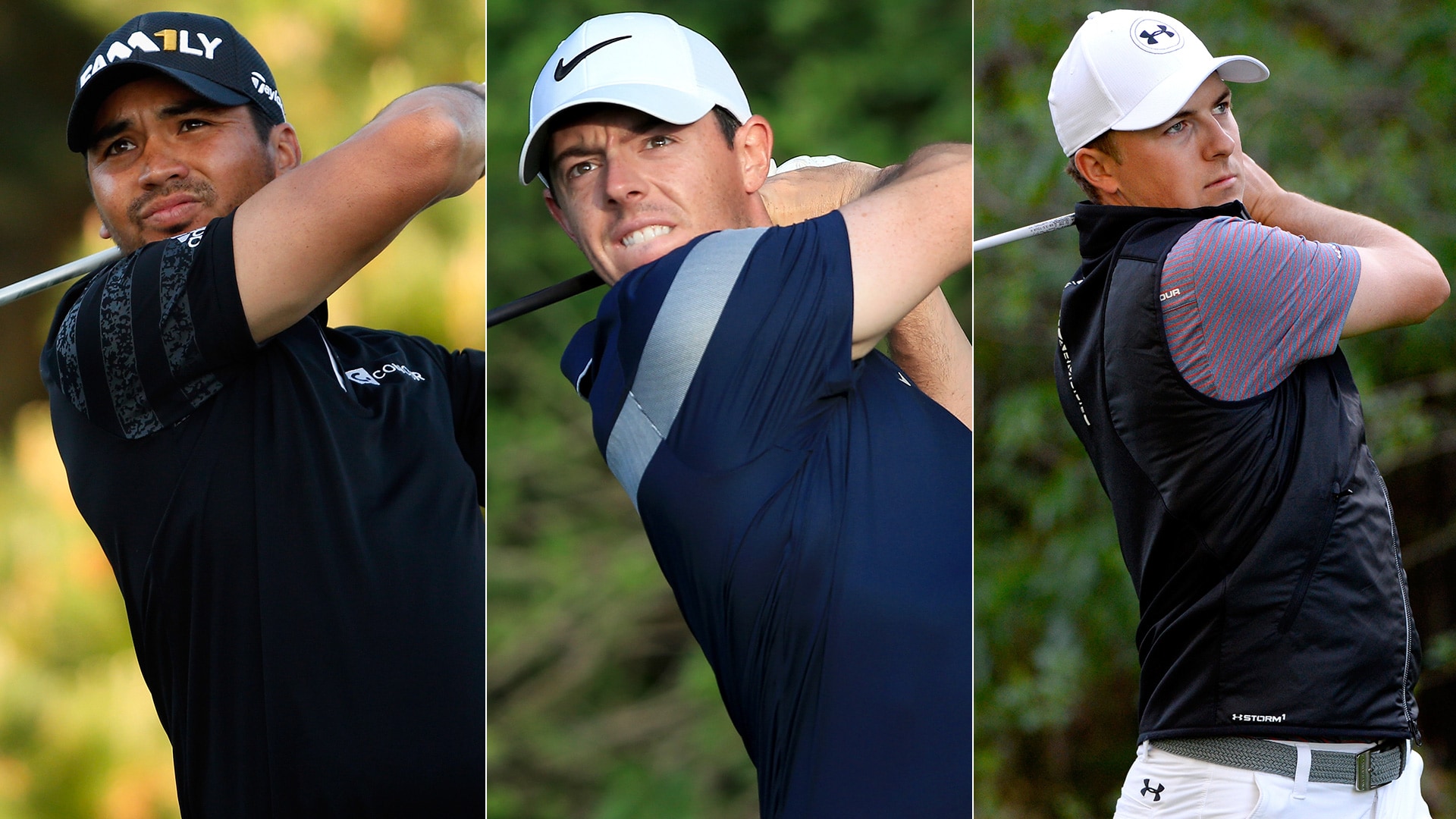 For the first time this year, the top three players in the world – Jordan Spieth, Jason Day and Rory McIlroy – will be teeing it up in the same event (and playing in the same group). Who will have the best week? Our writers weigh in:

Though none of the Big 3 should be tabbed as the favorite to win this week – that distinction belongs to recent winners and horses-for-courses Adam Scott and Bubba Watson – the guess here is that Rory McIlroy will have the best finish.

Doral has been toughened up in recent years, but it remains a haven for long hitters like McIlroy. Though he hasn’t shot a round in the 60s there in his last eight attempts, he remains the only member of the Big 3 who has a top-10 at this venue – he has four in the past five years, in fact, including a T-9 last year. Day, meanwhile, hasn’t placed better than 20th there in four tries. Spieth’s best showing is 17th last year, and he is at a significant disadvantage going up against the big hitters who can fly bunkers and cut corners.

McIlroy is coming off an uncharacteristically sloppy performance at the Honda Classic, which has proven to be both feast (win in 2012, playoff loss in ’14) and famine (withdrawal in ’13, missed cuts in ’15 and ’16) over the past few years. With only a pair of stroke-play starts remaining before the Masters, now is the time for the world No. 3 to start peaking for Augusta.

Jason Day is due for a good week at Trump Doral.

Yes, his record there doesn’t impress. In four starts at Doral, he has never finished better than T-20. That doesn’t make a lot of sense. This course rewards the game’s best drivers, its best long drivers. And Day’s one of the best.

Maybe it’s his high ball flight in the typically windy conditions. Jordan Spieth doesn’t set up well at Doral, either. Rory McIlroy is the best bet among this trio, but he’s coming off that rough Sunday at the Northern Trust and the missed cut at Honda. So put me down for the upset. Put me down for believing Day is at another level with all that success last year and he’s ready to show he can win anywhere.

Following his first missed cut on the PGA Tour since ... well, last year’s Honda Classic, Rory McIlroy probably wouldn’t be atop many lists to contend this week at the WGC-Cadillac Championship, but that would be ignoring the facts.

Consider that after missing the cut last year at the Honda Classic, McIlroy finished tied for ninth place at Doral and would go on to win two of his next seven starts. In short, although McIlroy says all the right things about PGA National it’s clearly not his favorite ballpark. Also consider that the new and extended layout at Doral is a perfect fit for the Northern Irishman’s style of long ball.

Last year, Nos. 1, 2 and 3 on the leaderboard – Dustin Johnson, J.B. Holmes and Bubba Watson – also ranked third, second and first, respectively, in driving distance for the week. It’s a particular test that McIlroy is perfectly equipped for.

Although McIlroy hasn’t been at his best so far this year, he is still the game’s preeminent driver of the golf ball, and on one of the Tour’s most unique tests from the tee he’s an easy pick despite his recent form.

Rory McIlroy was leaking plenty of oil at the Honda Classic, but that doesn’t mean the trend will continue this week a few miles farther south.

After all, it was just last year that McIlroy followed a missed cut at PGA National with a top-10 at Trump National Doral (and that result came despite a watery parting with his 3-iron). McIlroy’s record at this week’s venue is even stronger when you consider how he played at Doral before Gil Hanse’s redesign, and his prowess off the tee – not only distance, but carry – means he’ll be able to take lines many in the field will have to avoid.

World No. 1 Jordan Spieth feels at home on many courses, but Doral does not seem to be one of them. Jason Day, meanwhile, boasts a middling record at this event and while he could be motivated by a chance to regain the top spot in the world rankings, he has yet to build momentum this season like many of his highly-ranked counterparts.

This event remains a difficult one to predict, but it’s safe to say that by week’s end the top name among the Big 3 will by McIlroy.