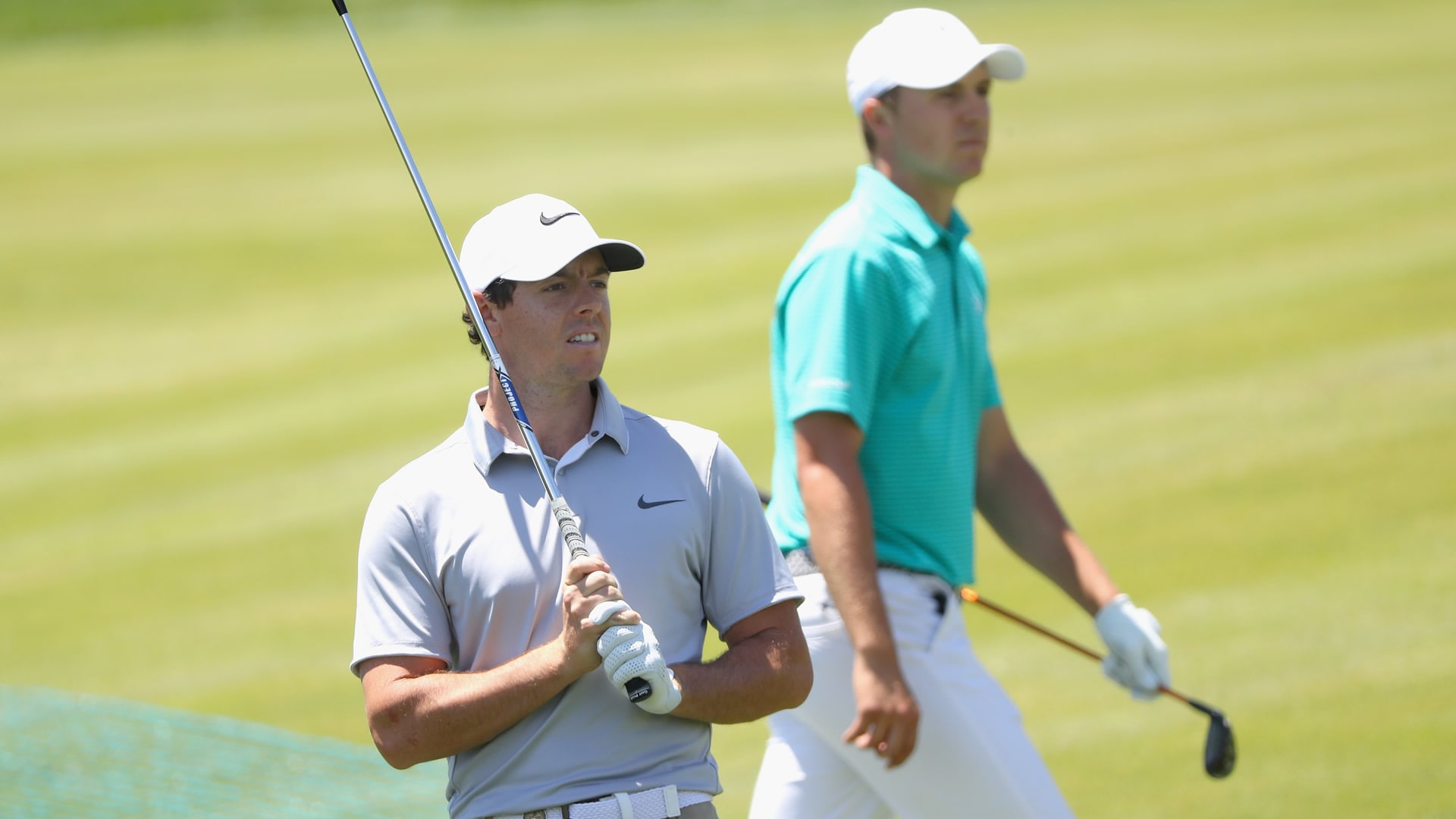 OAKMONT, Pa. – Oakmont, the crown jewel of the U.S. Open rota, is in the spotlight again this week for the 116th version of the championship. Our team on the grounds weighs in with answers to four key questions.

What will be the winning score?

Joe Posnanski: Everyone seems to be guessing the score will be around the 5 over that Cabrera won with in 2007. I suspect it will be a bit lower than that, but it’s hard to see anyone breaking par for the week.

Rex Hoggard: 5 over. Although that doesn’t exactly sound like an outside-the-box prediction after Angel Cabrera finished at 5 over at the ’07 U.S. Open at Oakmont, but consider that Cabrera’s swing coach, Charlie Epps, said the course is playing harder this week than it did in ’07 and even Thursday’s rainy forecast won’t be able to mitigate that increased degree of difficulty.

Randall Mell: 4 over. So much depends on the weather. If its firm and fast all week, nobody will be close to par. But if there’s a lot of rain ...

Ryan Lavner: 3 over. A lot will be dependent on the weather. Too many great players are in form for the winning score to go much higher, and with rain in the forecast Thursday afternoon and Friday, the sloped fairways will be easier to hold. Of course, by late Sunday, after two days of 85-degree temperatures and bright sunshine, Oakmont will be plenty scary.

Jay Coffin: 2 over. There’s talk of it being 5 over if it doesn’t rain, but closer to even par if it does. These guys are too good and the top guys are playing too well right now for anything close to 5 over to be the winning score.

How much of a factor will the golf course be?

Posnanski: The golf course is clearly the biggest factor, not only because it’s so tough, but because it has a reputation of being so tough. Jack Nicklaus used to talk about how players who worried and complained about the conditions or the golf course wrote themselves off before the tournament even began. That figures to be the case here – I would expect several of the game’s best players to play themselves right out of the tournament on Thursday. Oakmont requires extraordinary patience and a powerful ability to move on to the next shot no matter how bad the last shot was. It’s a unique challenge and so Oakmont will likely be the big story of the week.

Hoggard: None. At least not on Sunday if things go well, which is always the goal. There will be a champion and probably a healthy dose of heartbreak, but if the golf course is still the star of the show on Sunday something went terribly wrong.

Mell: If it’s firm and fast, Oakmont will be the star. The course will be the big story. Even players on good form will struggle to avoid bogeys. Those who aren’t on form will be embarrassed by high scores.

Lavner: Not as much as last year, thankfully. Unlike a few of the recent Open venues, the USGA doesn’t need to trick up Oakmont – the course is tough enough as it is. The rough is so long and thick that it’ll force pitch-outs. The bunkers (and their fluffed-up sand) are a half-shot penalty. And the greens are the slickest players will face all year. The focus will be on the players, because they have to execute the proper shots on the toughest test in golf. That’s how it should be.

Coffin: Hardly any. Look, everyone makes the golf course the story early in the week. Everyone. But by the end of the week it’s mostly an afterthought and the players always take away the bulk of the headlines. It’ll be the same here this week, even though Oakmont is a touch above all other Open venues.

Player ranked outside the top 15 who can win?

Posnanski: This could be a good golf course for the grinders like Matt Kuchar, Zach Johnson and, yes, Jim Furyk, who finished second here in 2007. If Furyk can rediscover his game a little bit – and fully recover from his wrist injury – he has the fairway-to-green game to beat the field at Oakmont.

Hoggard: Brooks Koepka. Going with another bomber may be a little misleading. Oakmont can’t be pushed around, but it can be nudged. Koepka made a scouting trip to Oakmont two weeks ago and is resigned to “playing the course backward,” with more irons than drivers off the tee, but he’s also confident he can take advantage of his rare birdie chances and he has two runner-up finishes in his last two starts.

Mell: Matt Kuchar. He looks like he has been building toward something big with no finish worse than T-6 in his last four starts. He’s 15th in strokes gained-tee to green this year. He’s 23rd in scrambling and 20th in strokes gained-putting. That’s a nice stat package.

Lavner: Brooks Koepka. Comes into this week with consecutive top-two finishes, and a power game always plays well at Oakmont, especially with rain in the forecast Thursday and Friday. Though his Open experience is limited, he’s gone for top-20s the past two years when conditions were extremely difficult.

Coffin: Phil Mickelson. Maybe it’s my heart talking, but his play over the last month makes me think he has one last crack at completing the career Grand Slam. The opportunities are dwindling and he knows that. Here’s hoping he has a great run in him.

Posnanski: Jordan Spieth. If everyone is right, this golf course figures to manhandle the players, frustrate them, embarrass them, and if that’s the case then the player with the most positive outlook and best short game figures to win. That’s Spieth. He’s the player I’d bet on to turn a 76 into a 71, which I suspect will be required over the weekend. I don’t think his Masters collapse will play in his mind at all. Rory McIlroy rebounded from his Masters disaster in 2011 by running away from the field at the U.S. Open. This will likely not be a runaway, but I think Spieth wins.

Hoggard: Dustin Johnson. During a practice round on Tuesday DJ hit driver-sand wedge on Oakmont’s 484-yard, par-4 18th hole. But then it hasn’t been his power that has cost him that coveted major, it’s been an often-balky putting stroke (see Open, U.S. 2015). But at Oakmont, where birdie chances will be few, he won’t need to putt like Jordan Spieth to win. Putting like Dustin Johnson will be plenty good enough.

Mell: Jordan Spieth. This week will ultimately be about fighting, grinding and refusing to give up. Spieth will hole more of those 4-8-footers that win U.S. Opens. He will take every punch “the ugly old brute” dishes out and be the last man standing.

Lavner: Jason Day. The limb I’m going out on here is about as long as a tee, but Day is playing better than anyone and has the best combination of power, precision and touch. He also has shown a knack for handling the rigors of the Open, posting top-10s four of the past five years.

Coffin: Rory McIlroy. I like his confidence, I like his poise and I like that he’s determined to make patience his friend this week. Now it’s easier said than done, but Rory knows winning at a place where par is a good score is still missing on his major resume. He rectifies that fact this week.