Punch Shot: Month to go, who's the Masters favorite? 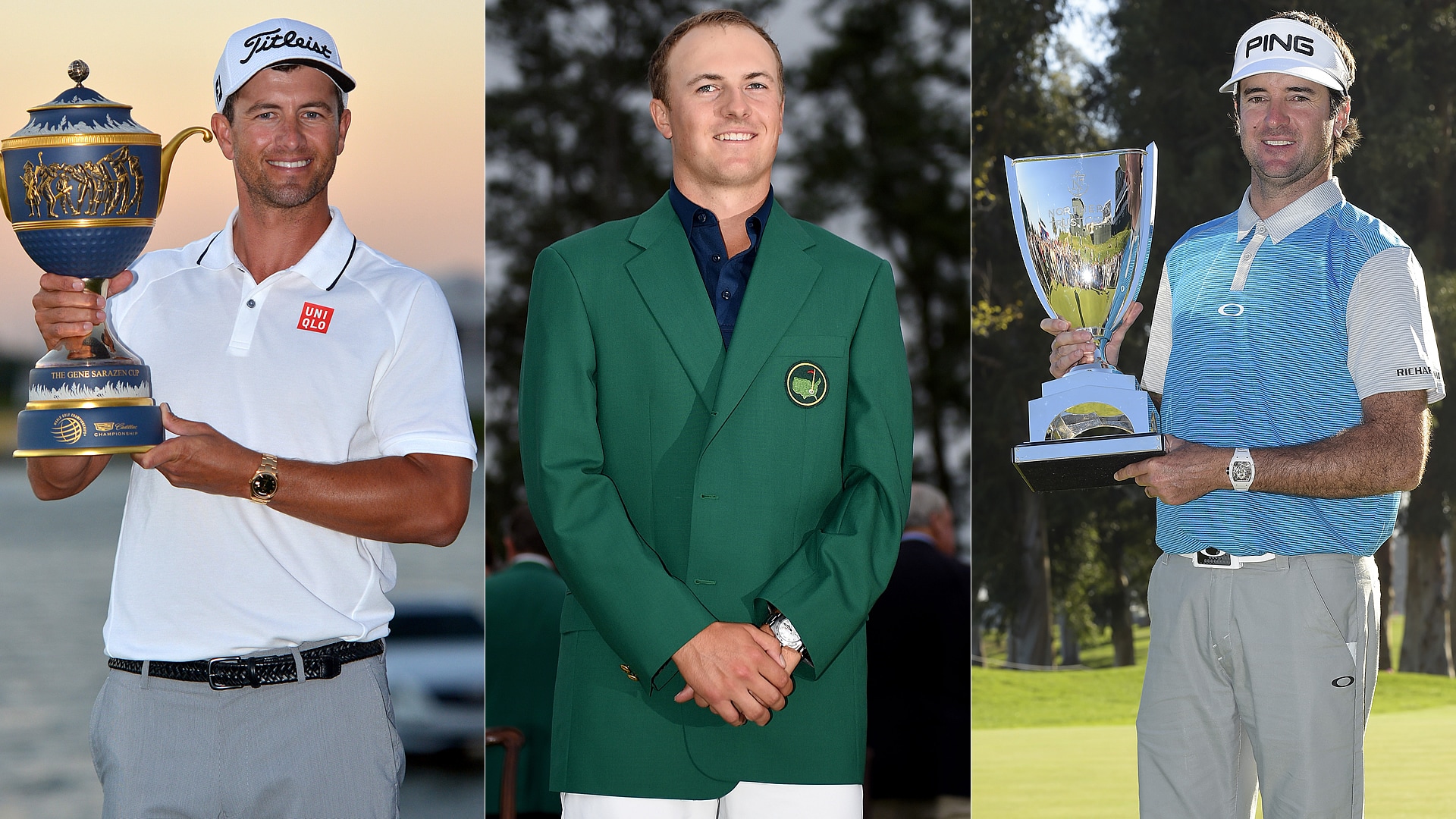 We're one month away from the Masters Tournament and several of the game's biggest names are playing well. So who is the Masters favorite ... at the moment? GolfChannel.com writers weigh in:

On this I’ll take it from the man who has had a front-row seat the last few weeks.

On Sunday, following his gritty one-stroke victory at the WGC-Cadillac Championship, Adam Scott was asked if he is now the favorite for next month’s Masters after back-to-back triumphs.

“No. I think Bubba [Watson] is,” he said. “Even if I won every tournament I play before the Masters, if Bubba keeps finishing second, I'd still think he's favored. It just sets up so good there for him.”

Scott and Watson have won titles the last three weeks, with the long-hitting left-hander edging the Australian at the Northern Trust Open and Scott clipping Bubba at Doral. Scott also won the Honda Classic, in between.

Watson has also embraced a more soulful approach to the game in recent weeks that can only help him in his quest to collect a third green jacket.

Even after coming up short at Doral he dismissed the notion that it was a missed opportunity, instead focusing on his recent solid play.

For Watson it’s a powerful combination, unbridled power and clarity of thought, which makes him the clear favorite.

Nobody’s in a better place than Adam Scott.

Yes, things can change in the month leading up to the Masters, but nobody’s in a better place with their game and confidence than Scott. Right now, he is hands down the guy to beat going at Augusta National.

You don’t win at PGA National and Trump Doral without being on top of every aspect of your game. Yes, they are totally different tests than Scott will see at Augusta National, where he won in 2013, but the Champion Course and the Blue Monster are two of the toughest tests on Tour.

With the winds blowing over those two tracks these past two weeks, with all the water at both places, there was little margin for error in rigorous back-to-back tests.

Scott showed he is in command not just of his ball striking and his putting but also his attitude. Winning Sunday at Trump Doral despite two double bogeys and a shank shows he is major championship resilient right now, ready to deal with the setbacks every majors offer.

Did he peak too early? It’s possible he hasn’t peaked yet at all.

Wait, did I miss something?

Last time I checked, Jordan Spieth was still gainfully employed on the PGA Tour. He’s still the world’s top-ranked player, not too far removed from a decisive victory, and still the only player able to travel with his green jacket.

Spieth has hit a relative rough patch over his last two starts, but those results should improve this week as he defends another title at the Valspar Championship – you know, the one that helped launch his all-everything season a year ago that included a Masters win. He’ll use this as another opportunity to play his way back toward peak form, with a telling Texas two-step still looming before he reaches Magnolia Lane.

There are plenty of big names playing well right now, Adam Scott and Bubba Watson chief among them, and the landscape of major favorites has changed from the three-man race we saw at Whistling Straits a few months ago. But Spieth is still Spieth. While the rankings could shift based on how he plays over the next month, right now he deserves to hold the top spot of any pre-Masters list.