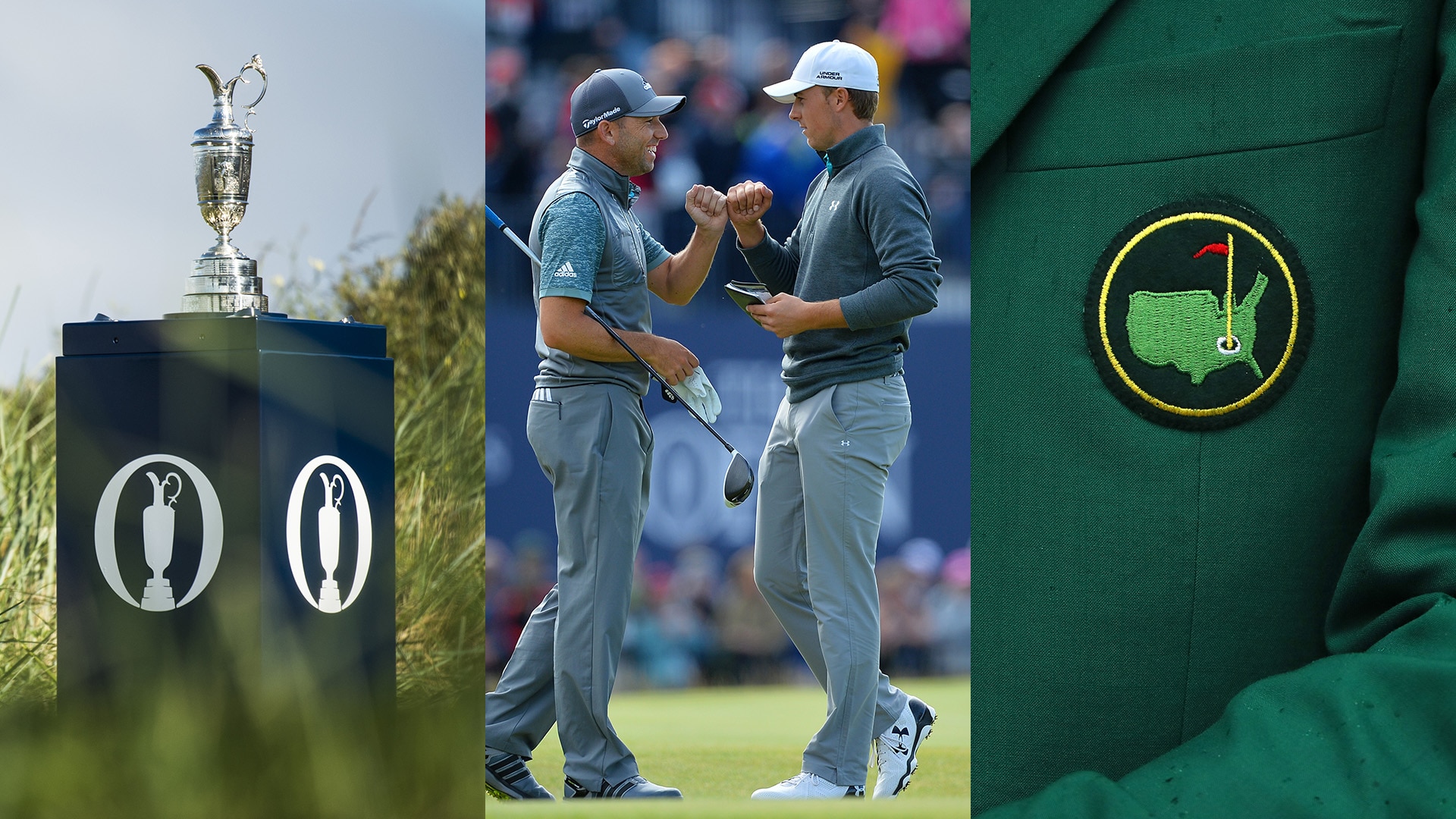 In the wake of the Masters, we have a few questions to answer. How many majors will Sergio Garcia win in his career? Who now is the best player without a major (minimum 10 major starts)? And how many green jackets will Jordan Spieth capture? GolfChannel.com writers weigh in with their answers.

How many majors for Sergio?

REX HOGGARD: At 37, you would think he still has another 20-30 major championship starts as a legitimate contender. Given his track record – he was 0-for-73 before Sunday’s breakthrough at Augusta National – that probably doesn’t seem like a lot of time, but consider his newfound confidence after so many missed opportunities. Garcia will win one more major, probably The Open, before his career is over.

RANDALL MELL: With Garcia unburdened of the notion the golf gods are against him, he will win one more. He should be free of the massive doubt that seemed so debilitating in the past. He should also be free of the pressures that mounted as each failed major passed, but the competition is so intense now with Dustin Johnson, Rory McIlroy, Jordan Spieth and Jason Day all proven major winners who are in their primes. Winning another major will take an equally strong-minded run from Garcia.

RYAN LAVNER: Three. Garcia said at Augusta that he doesn’t feel any different as a major champion, but he had the look of a man who knows that his on-course life just got a whole lot easier. Unburdened, Garcia remains too good of a player not to pick off another one or two majors. The Open is his best bet to capture another title – he has six top-6s in the past dozen years – and he’ll always be a threat in PGA Championships, where birdies are rewarded. If Garcia can handle the stress-test of a Masters Sunday, why can’t he improve on his U.S. Open record, which already includes five top-10s?

WILL GRAY: I’ll give him another trophy and say he ends up with two. For the past few years, as his renaissance has continued, it always seemed like the U.S. Open or The Open would be the site of his major breakthrough. The fact that he got it done at Augusta instead will certainly free him up moving forward, but those two events are still the ones where his clinical ball-striking is most rewarded – and his sometimes balky putter can prove the least penalizing. At age 37, he’s got several more years to go where he can be expected as a viable contender in majors. He’ll find a way to get it done once again.

Best player without a major?

HOGGARD: On Sunday things didn’t go his way but there’s no denying that Rickie Fowler continues to chip away at the Grand Slam challenge. Fowler assumes the title from Garcia, but it doesn’t seem likely it will take him as long to pass the moniker on to someone else.

MELL: Lee Westwood is the most decorated player without a major. The former world No. 1 had even more major championship starts (76 now) without winning one than Garcia did going to the Masters. But, Westwood, who has nine finishes of T-3 or better in majors, is no longer the best without a major. That distinction goes to Rickie Fowler, only because Hideki Matsuyama hasn’t had the number of major championship chances that Fowler has, and because Matsuyama still seems too young at 25 to have earned the distinction. Fowler is 28 and among the top 10 in the world with four finishes of T-5 or better in majors.

LAVNER: Rickie Fowler. The default answer has long been Lee Westwood, who is now 0-for-76 in majors. But unless he somehow catches lightning in a bottle, or steadies his putting stroke during crunch time, his window to win a major appears closed. That leaves Fowler, who has done everything but bag a big one. No, he hasn’t collected as many victories as Westwood, Matt Kuchar, Hideki Matsuyama or any of the other legitimate contenders, but he’s been a fixture in the OWGR top 10 and in contention in more than a half dozen majors, and he’s clearly on the right track under Butch Harmon. His time is coming, perhaps as early as this summer.

GRAY: This question boils down to Rickie Fowler and Hideki Matsuyama. Lee Westwood’s credentials put him without peer now that Garcia is out of the mix, but on the cusp of his 44th birthday it’s unlikely he’ll continue to have regular opportunities on the biggest stages. I believe this title has to be a mix of great potential to win a major, along with an inability to do so after several cracks in the past. So for that reason I give the edge to Fowler, who at age 28 has 27 major starts as a pro versus Matsuyama’s relatively small total of 16. Thanks to Sunday’s fade, Fowler still hasn’t had a top-10 finish in a major since he reeled off four in a row in 2014. But his game is nearing an all-time high, and his ability to win other big events shows he has the chops to do so at a major. It’s just a matter of when.

How many green jackets for Spieth?

HOGGARD: If Jordan Spieth’s tie for 11th on Sunday is rock bottom in his Masters career just imagine what the next 20 years hold. The 23-year-old has everything on his side when it comes to Augusta National, success after having already joined the exclusive club with his victory in 2015, institutional knowledge of a demanding golf course and, most importantly, time. He may never catch Jack Nicklaus, whose six Masters victories is the gold standard, but he will surely get close.

MELL: Spieth looked like the man to beat going into Sunday at the Masters, even two shots down, even with that quadruple bogey from the first round dragging him down. He plays like somebody who has discovered something about Augusta National that most players don’t know, and it’s giving him great confidence there. His fade Sunday was disappointing, but nobody plays with more confidence at Augusta National. He’ll give himself more chances to win a green jacket than anyone else in their prime today, and he’ll convert at least two more of them.

LAVNER: Three. There’s no Jordan-proofing Augusta, but it’s reasonable to assume that he won’t continue to pour in 20-footers once he creeps toward (and beyond) 30. Augusta suits Spieth’s game as well as any course he plays all year because it highlights his strengths – imagination, his course-management skills and short game. That he already could – should? – have two or more green jackets in his first four attempts is ridiculous. But Spieth has accumulated a lot of scar tissue these past two years, whether it was his quad in 2016 or his surprising fade on Sunday. He’ll need to overcome those before he can think about challenging Jack, Arnie and Tiger for Masters titles.

GRAY: Given that he has about 30 more competitive years to keep coming back to Augusta National, I think it’s a foregone conclusion that Spieth will win another Masters and expect him to end his career with three green jackets. There’s clearly an affinity between player and course, as Spieth has been able to seemingly enter a four-day trance each of the first four years. The length he cedes off the tee proves no issue at this event, where his ability to manage and plot his way around the course is unparalleled and his sublime short game can shine. It’ll be to his benefit to get jacket No. 2 in short order to avoid further lines of questions about the 12th hole, but I believe he’ll still get a couple more cracks at serving Texas BBQ at the Champions Dinner.