Punch Shot: Stenson or Mickelson for the win? 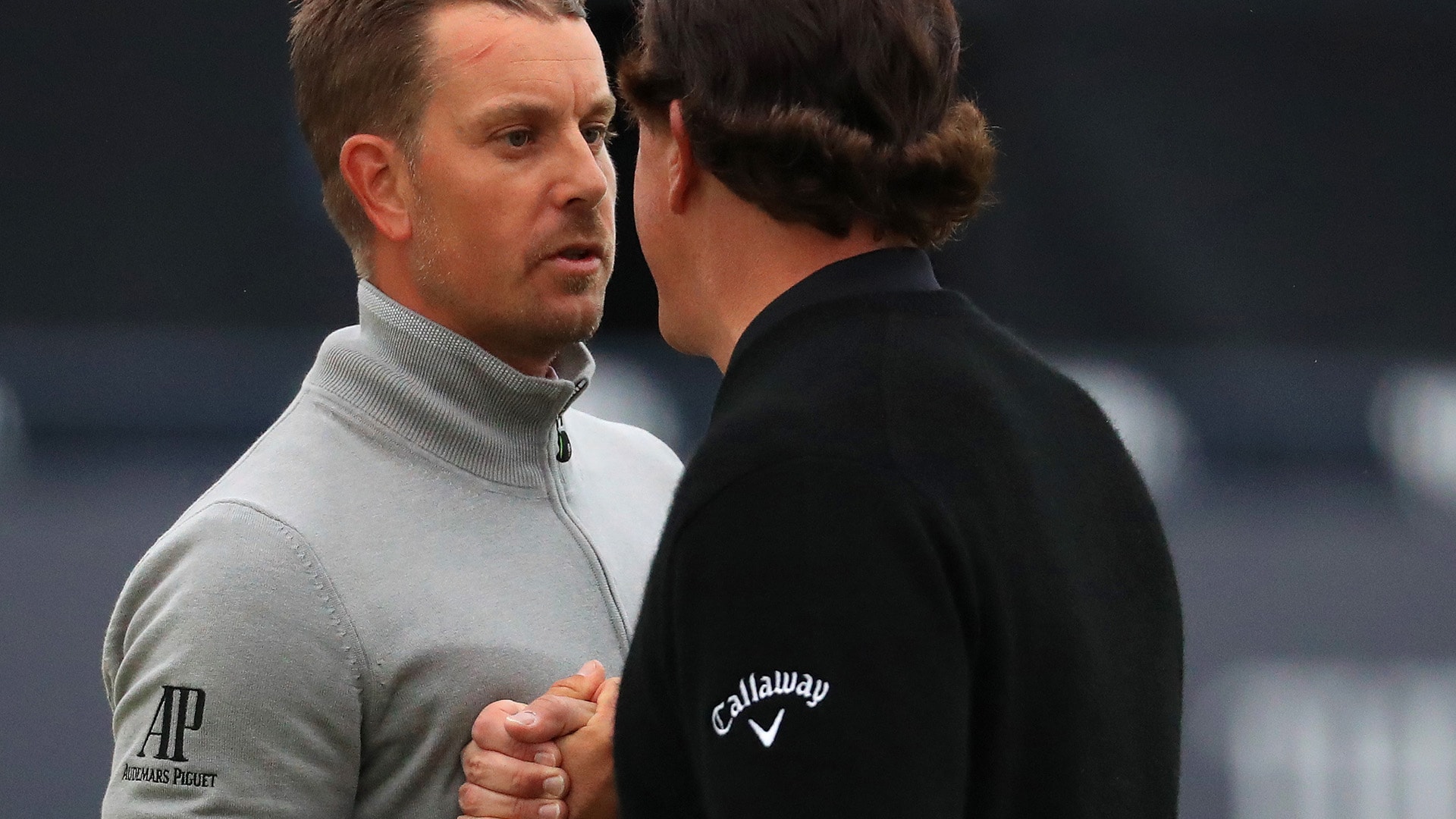 TROON, Scotland – Phil Mickelson and Henrik Stenson have been the two top dogs all week at the 145th Open. Mickelson, 46, is looking for his second claret jug and sixth major championship. Stenson, 40, has nine top 10s in majors but has never won. Who will be the Champion Golfer of the Year? Our team at Royal Troon debates.

REX HOGGARD: Mickelson. He’s no stranger to late-in-life majors. Consider that it took him 19 tries to win his first Open, at 43, and that he will tell you how much better his game is now than it was 10 years ago. But it’s neither Lefty’s swing nor his improved stability that will deliver him his second date with the claret jug, it will be his poise - of all things. On Saturday, the man who has made a career out of being bold for better or worse, endured a tough early start and found a way to post an under-par round (70). It’s that presence of mind that will make Mickelson the Champion Golfer of the Year.

RYAN LAVNER: Stenson. He will win for two reasons: (1) No one has played better on the more difficult back nine, and that’ll be key when the wind is blowing, the pressure is at its most intense and a player will need to stripe a few long irons; and (2) Mickelson’s game has slipped a bit each day, to the point that in the third round he hit his fewest number of fairways (eight) and greens (10) of the week. It might catch up with him Sunday. Regardless, he’ll need to be much sharper to overtake a ball-striking machine like Stenson.

BAILEY MOSIER: Mickelson. I’m going with a proven major champion (even though the trend tells us it’s the year of the first-time major winner). Mickelson hasn’t made anything worse than a bogey all week (and he’s only made four of those) – a week that has seen more triple bogeys or worse (23) already than any major through four rounds since 1995. A record-tying 63 in Round 1. An almost-ace at the Postage Stamp in Round 2. Saving par on No. 12 from somewhere only Phil could in Round 3. It’s been magical and Mickelson-like all week, and I think that trend continues.

MERCER BAGGS: Stenson. Mickelson has played incredibly steady over the first three rounds and with Phil you feel like something eventually has to give. He has made but four bogeys so far and nothing worse. A big number could be around the corner. Mickelson is, by far, the better story line; though, no one who has ever interviewed Stenson can root against him. In a match-play scenario on Sunday of a major, the man who makes the fewest mistakes will win. I think that man will be Stenson.

JAY COFFIN: Stenson. Sure, this technically is a stroke-play event, but now it’s a match-play situation. I’ll take the guy who is essentially 1 up on the first tee. Saturday was a great display from both Stenson and Mickelson. Mickelson didn’t have his best but managed to scrape it around for an under-par round. Stenson’s ball striking was so pure that his ball pierces through the wind better than anyone else’s. It’ll be close, and come down to the end, but Stenson finally gets the job done for himself, and for Sweden.