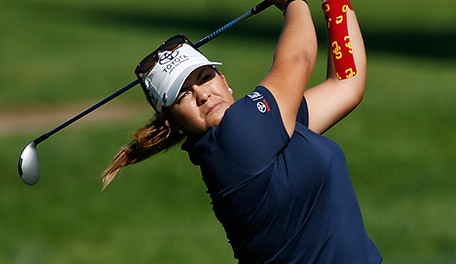 With the clock ticking for American Solheim Cup hopefuls, Lizette Salas made a move Thursday to try to secure her return to the team.

With a 7-under-par 64, Salas moved into an early tie for the lead in the first round of the Meijer Classic at Blythefield Country Club in Grand Rapids, Mich.

Salas sits 10th on the U.S. Solheim Cup points list with just four events remaining to qualify for the team. The top eight at the conclusion of the Canadian Pacific Women’s Open on Aug. 23 earn an automatic spot on the team. The top two Americans in the Rolex women’s world rankings who aren’t already qualified on points also make the team. Salas is third in that category, just one slot behind Jessica Korda, who’s holding down the final automatic berth. Juli Inkster also will have two captain’s picks to fill out her team.

Salas, 26, was much better than her 0-1-2 record showed in a solid effort in her first Solheim Cup appearance two years ago in Colorado. She halved her singles match that week with European dynamo Suzann Pettersen.

Salas is seeking her second LPGA title. A victory or a second-place finish this week would vault her past Gerina Piller into eighth on the American points list if Piller earns no points this week. A strong finish also could move her over Korda for the last spot on the world rankings list.

“I don't want to think about it so much,” Salas said of her position on the Meijer Classic leaderboard. “Just kind of focus on the positive and work on what I can do better in case misses happen, which eventually they will, so I have to be prepared for that.”

Next week’s Ricoh Women’s British Open could have a lot to say with regard to who makes the American team. There will be double points up for grabs at Trump Turnberry.

• The top eight in points at the conclusion of the Canadian Pacific Women’s Open (Aug. 23) earn automatic spots on the American team. A victory this week is worth 60 points, second place is worth 30, third 28.5, with points awarded down to 20th place (three points).

• The top two Americans in the Rolex women’s world rankings who aren’t already qualified on points automatically make the team. Bounce-back victories, leading ladies and a happily never after for the Canadians rounds out this week's After Further Review. 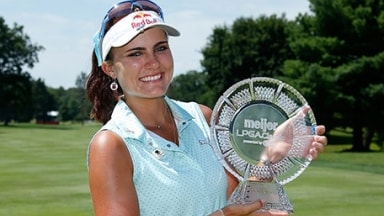 Lexi Thompson rallied to win the Meijer LPGA Classic on Sunday and now heads to Turnberry with plenty of momentum. 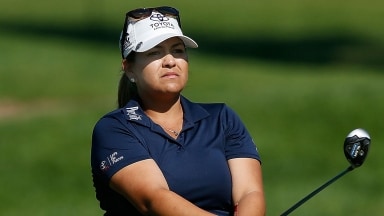 Lexi 4 back of Salas at Meijer LPGA

Lizette Salas shot a 7-under 64 on Saturday to take a four-stroke lead in the Meijer LPGA Classic, putting her in position for her second tour title.