Putter abandons Rose (72) in final round 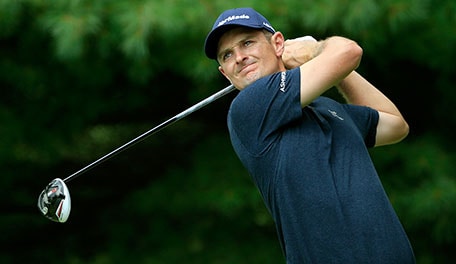 AKRON, Ohio – After authoring the round of the tournament the previous day at the WGC-Bridgestone Invitational, Justin Rose was undone by the flat stick in Sunday’s finale at Firestone Country Club.

Rose entered the final round with a share of the lead alongside Jim Furyk, but the Englishman didn’t record a birdie until his ninth hole and ultimately settled for a 2-over 72 that dropped him into a share of third place, four shots behind Shane Lowry.

After a bogey-free 63 in the third round that included a 2.811 strokes-gained putting tally, Rose three-putted the second hole for par and his total in the same category during the final round was minus-3.986.

“The early three-putt, I guess, made me tentative with the putter,” Rose said. “I did enough tee to green, but even the putter was under pressure on the tee-to-green play. So it just stems from that.”

Rose got to within two shots of Lowry after a birdie on No. 16, and with Lowry in trouble off the final tee he knew he had an opening to catch the Irishman. But Rose failed to birdie No. 17, Lowry recovered brilliantly, and Rose was left to stomach another near-miss.

Rose finished T-4 last week at the Quicken Loans National, and this is his fourth top-six finish in his last five starts dating back to a playoff loss at the Memorial. Despite the disappointment, Rose displayed some uncharacteristically bold confidence heading into the season’s final major.

“I’m playing better than anyone in the world right now, tee to green,” he said. “It’s a big-boy golf course next week, and the long game really helps me out. I just need to putt a little bit better and give myself another chance.”