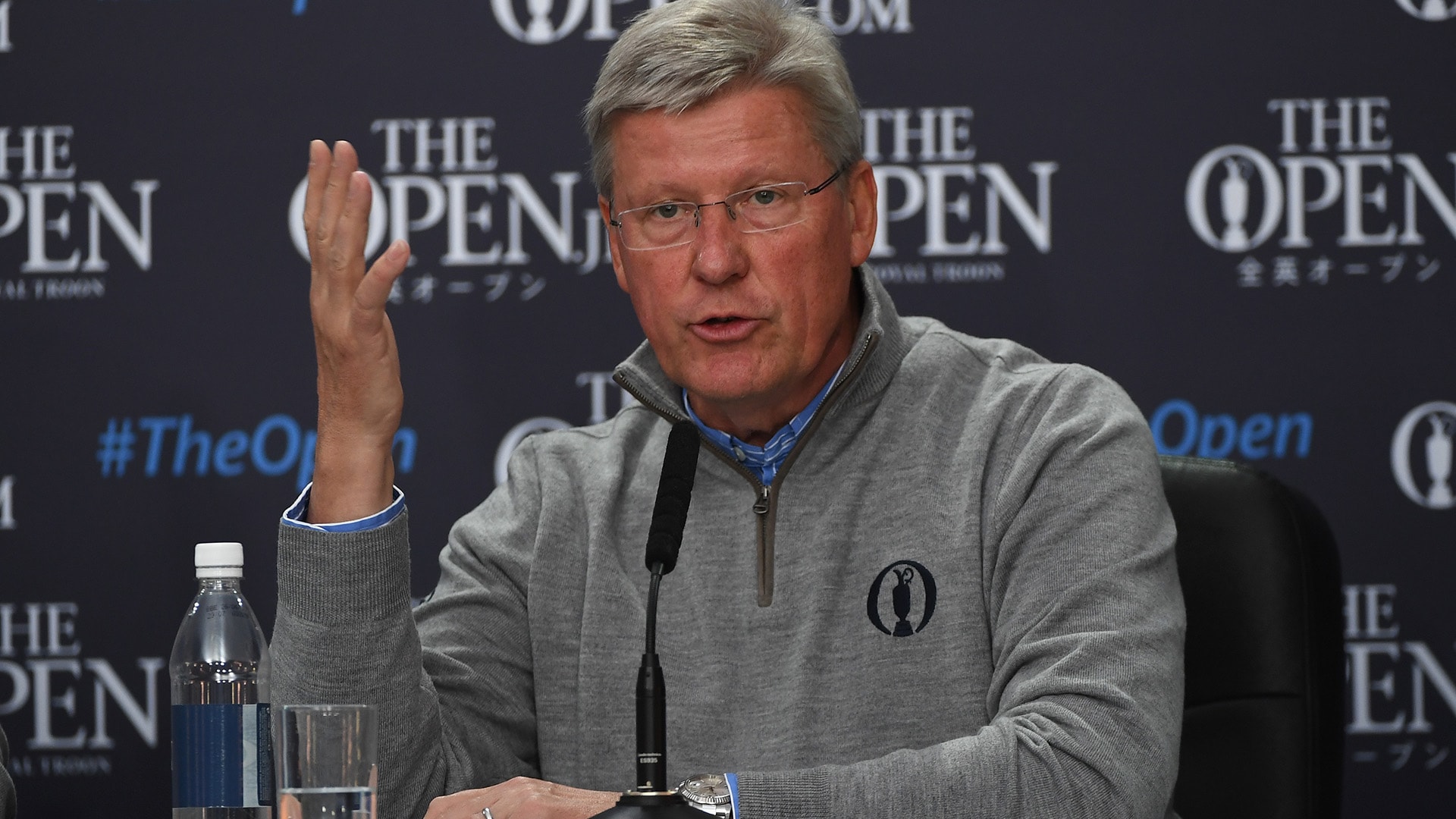 Chief executive Martin Slumbers made it perfectly clear that the R&A will use “speed and clarity” when dealing with rules issues this week at Royal Troon.

Slumbers says his organization made a fundamental change 10 years ago when it ordered the chief referee to remain in a compound with access to all video replays. Aside from that, either Slumbers or Peter Unsworth, the chairman of the R&A championship committee, will be in the compound as well.

“Rules are complex,” Slumbers said Wednesday at Royal Troon. “This is a big, big animal out there being played on. All sorts of things can happen, we know that, and generally do happen in this game.

“It is the speed and the clarity with which we respond, which is something that we’re very focused on, have been for a number of years. And I think it’s that function of us sitting here, just about 50 yards away, being able to respond and provide instructions back to the referees, is the difference in how we would deal with it.”

While R&A officials meet regularly regarding rules, they have met more since the USGA debacle at Oakmont where Johnson was accessed a one-stroke penalty after his round when it was determined that he inadvertently caused his ball to move on the fifth hole. The final couple hours of the U.S. Open were played with uncertainty that led to scathing criticism of the USGA.

“The process by which the information goes from walking referees to our rovers and back into the chief referee’s office was discussed, clarified and reinforced,” Slumbers said, noting that the R&A, like the USGA uses rules officials from around the world, including the PGA and European tours. “I think we’re pretty good at getting that right. We’ve made some changes in the light of Oakmont and being more prescriptive.”

The rule 18-2 that was in debate with Johnson was changed earlier this year in attempts to make it more clear, although it may now be more muddied. Whether it is changed again remains to be seen.

“There is a four-year cycle, as you know, around the rules,” Slumbers said. “The situation that happened at Oakmont will factor into that, and it may well be a change needed in 18-2 in the future.”