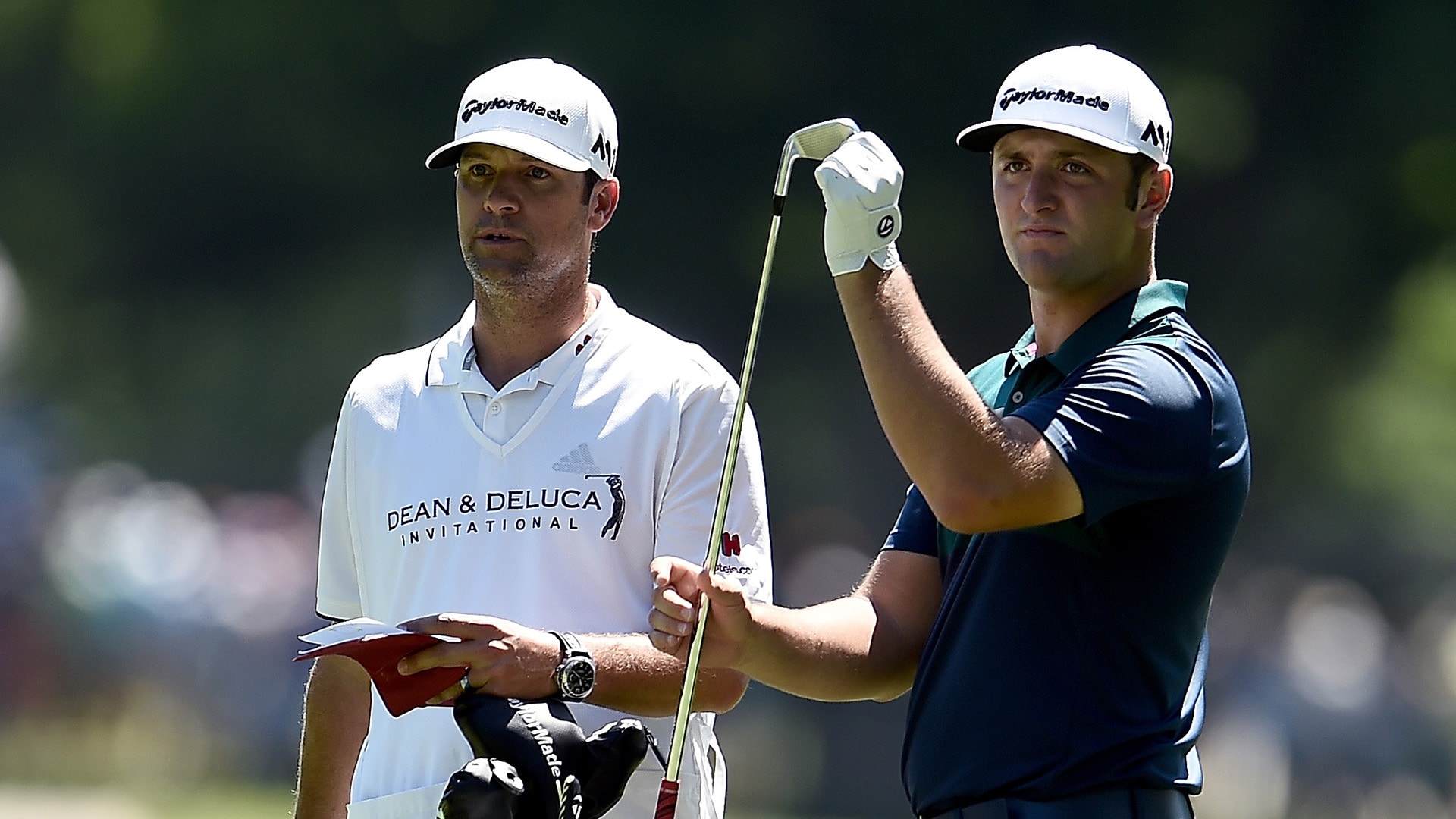 He doesn't hold the opening-round lead at the Dean & DeLuca Invitational, but Jon Rahm is still very much a factor. Here's a look at how things stand after the first round at Colonial, where the red-hot Rahm sits just one shot off the pace:

What it means: Swirling winds took a toll on the field during the afternoon wave, and Fathauer's opening 65 was the score to beat for several hours. He was eventually caught by Kraft and Poston, with all three in search of their maiden victory, while the chase pack includes Rahm, a winner already this season, and Mickelson, who won this event twice but hasn't played Colonial since 2010.

Round of the day: Fathauer was a standout player at Louisville, but he was battling for his card at Web.com Tour Finals as recently as 2015. Fathauer hasn't made a cut since a T-32 at the RBC Heritage last month, but he opened with a birdie on No. 10 and then added five more birdies in an eight-hole stretch from No. 18 to No. 7, gaining more than three strokes over the field on the greens in the process.

Best of the rest: Kraft was a runner-up earlier this year at Pebble Beach, and he won the 2011 U.S. Amateur at Erin Hills, the site of next month's U.S. Open. Kraft was bogey-free Thursday in Fort Worth, with three birdies over his first seven holes and a 40-footer on No. 16 to grab a share of the lead. He also got up and downs on each of the five holes where he missed the green in regulation.

Biggest disappointment: Players champ Si Woo Kim was unable to carry his momentum from TPC Sawgrass to Colonial, as he carded a 2-over 72 in the first competitive round since his breakthrough victory. Kim started on No. 10 and made the turn in 2 under but struggled on the second nine, with two bogeys and a double over his final four holes to drop seven shots off the lead.

Main storyline heading into Friday: With three unexpected names at the top of the leaderboard, the focus belongs on the chase pack. Specifically, Rahm appears poised to bounce back from a surprising MDF at TPC Sawgrass, while Mickelson and another two-time champ, Zach Johnson, lurk just two shots off the pace. And don't count out defending champ Jordan Spieth, who capped a tumultuous round of even-par 70 with a pair of birdies.

Shot(s) of the day: Spieth was in danger of a seriously high number before nearly holing each of his final two approaches. He hit it from 148 yards to 3 feet on No. 17, then stuffed it to 5 feet from 104 yards on the home hole.

Quote of the day: "To be honest, that energy and positivity probably helped me today. If they could do that, why couldn't I play well today?" - Rahm, a former Arizona State standout who watched the women's golf team win its eighth NCAA national title Wednesday.