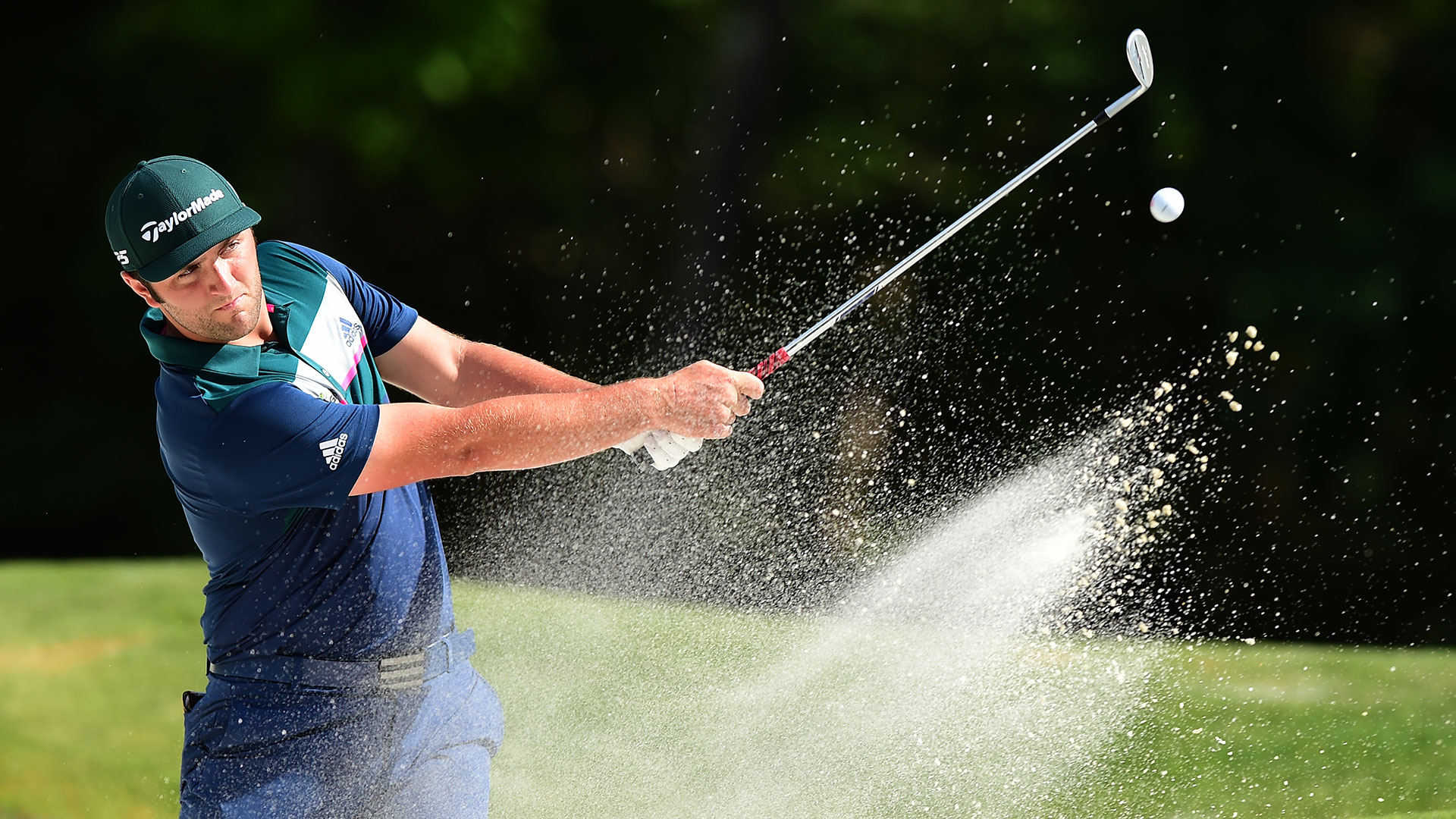 WILMINGTON, N.C. – Learning a new course on the fly is nothing new for PGA Tour players, but this week’s stop at Eagle Point Golf Club lacked the normal predictability.

As Thursday’s opening round progressed at the Wells Fargo Championship, players began to feel more comfortable, and aggressive, on the par-72 layout, as evidenced by the 52 players who posted under-par rounds. Among that group was Jon Rahm, who was tied for ninth place after a 3-under 69.

“I tend to be aggressive everywhere,” Rahm said. “Sometimes it pays off, sometimes it doesn't. Luckily for me today it paid off. I feel like when the conditions are the way they are, if I tee off being scared, it's not going to go as planned.”

Phil Mickelson said he was surprised by the number of low scores on Thursday, with Francesco Molinari leading the way at 6 under, but added that he always thought there would be scoring opportunities.

“Yesterday I studied it pretty well to kind of come up with a decent game plan for the pin positions,” said Mickelson, whose 1-under 71 left him tied for 31st. “It's one of those courses where you have 10 or 12 holes you can really be aggressive on, but there's about six or seven pin placements you've got to be careful on and kind of play for par.”

For the round, Eagle Point played to an over-par average (72.76) on Day 1, which was likely a byproduct of winds that gusted to 15 mph.