Rahm (82) exits after worst round as pro 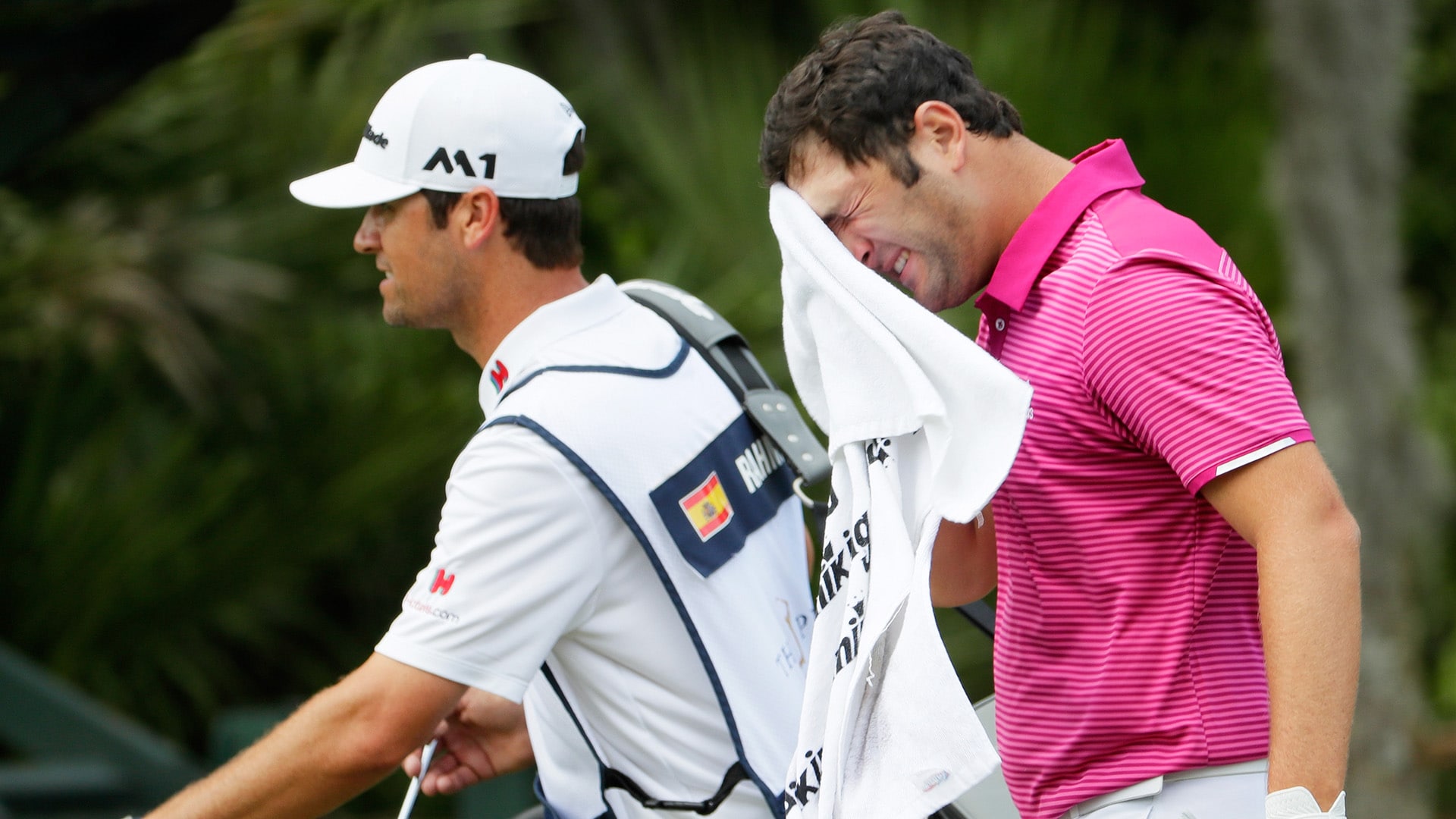 PONTE VEDRA BEACH, Fla. – After the worst round of his fledgling professional career, Jon Rahm pointed to his tee shot on the fourth hole and offered an explanation that served as a microcosm for his entire day.

“I do not know what went through my body,” he said.

Rahm began the third round of The Players Championship in a tie for ninth, five shots off the lead. But he played his first seven holes in 7 over, and after signing for a 10-over 82 he actually fell victim to the secondary, 54-hole cut that again culled the field to the low 70 players plus ties.

Rahm bogeyed three of his first four holes, then carded back-to-back double bogeys on Nos. 6 and 7. The Spaniard hadn’t failed to break 40 on Tour since turning pro in June, but Saturday he followed a front-nine 42 with a back-nine 40.

Not exactly the manner in which he expected to exit TPC Sawgrass.

“I just kept getting pounded and pounded,” Rahm said. “Towards the end, I feel like my body just wasn’t responding, and it’s something that hasn’t happened in a while.”

Rahm was perhaps the most surprising victim of the 54-hole cut, which was required once more than 78 players made the 36-hole cut. A total of 82 players teed it up in the third round, and the 11 players who finished at 6 over or worse – including Justin Thomas and Matt Kuchar – will not return for the final round.

Rahm had entered the week on a run of five top-10 finishes over his last six starts, but he doesn’t plan to dwell on a day at the office that simply went from bad to worse.