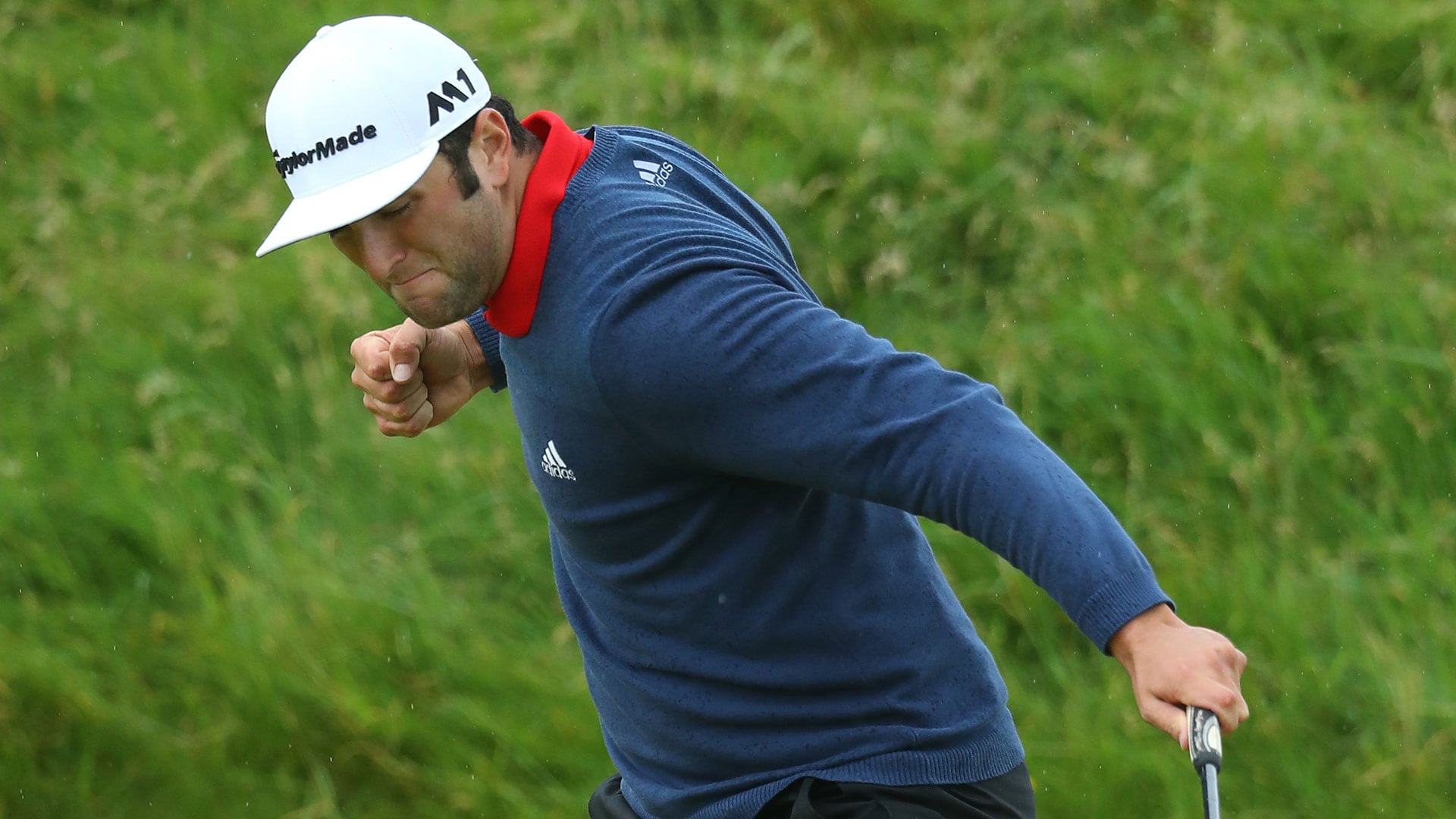 What began as a close affair turned into a rout for Jon Rahm at the Dubai Duty Free Irish Open.

The Spaniard bent Portstewart Golf Club to his will Sunday, firing a 7-under 65 to blow past an elite field. After starting the day with a share of the lead, Rahm ended up with a six shot victory and his 24-under total broke the tournament scoring record by three shots.

It's the second worldwide victory of the year for Rahm, 22, who burst onto the scene with his win at the Farmers Insurance Open in January. After missed cuts at the Memorial and U.S. Open, he tied for 10th last week at the French Open before shooting four straight rounds of 67 or better in Northern Ireland.

Rahm grabbed hold of the tournament with a hole-out eagle on the par-5 fourth hole, and he played his first eight holes in 4 under to build a sizeable advantage. He added another eagle on No. 14, and his eye-popping total came despite two bogeys over his final three holes. Matthew Southgate and Richie Ramsay tied for second at 18 under par.

The only hiccup for Rahm came on the sixth hole, where he appeared to replace his ball in a slightly different place after marking his ball. But both Rahm and playing partner Daniel Im stated that his intent was to replace the ball in the same spot, and after a consultation European Tour rules officials decided that Rahm would not receive the type of penalty that derailed Lexi Thompson at the ANA Inspiration.

Rahm, who started the week ranked No. 11 in the world, is expected to jump to No. 8 after his victory.