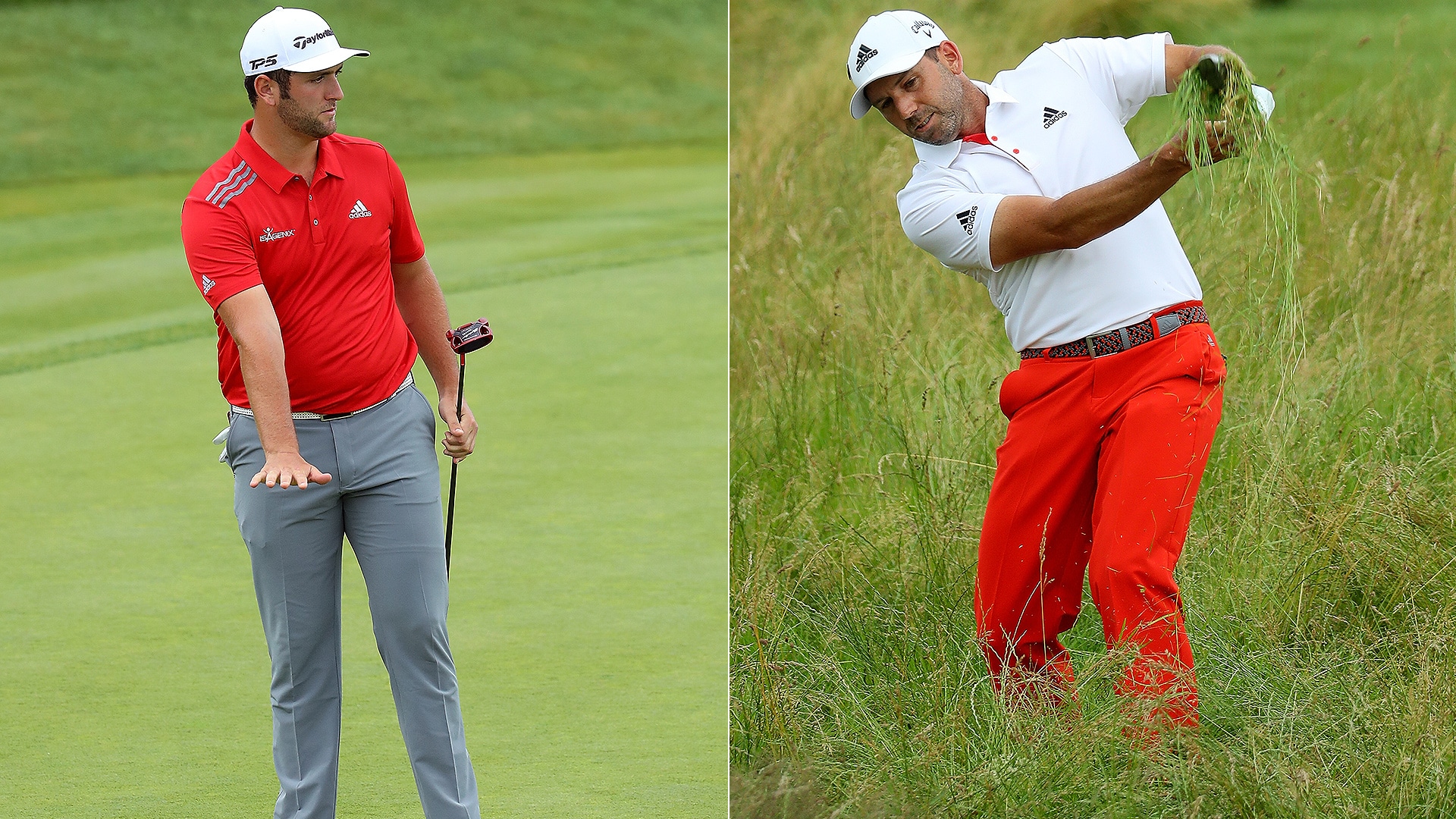 Sunday was a rough day for Spanish fans both on and off the course.

Shortly before the nation's soccer team got bounced from the World Cup by Russia via penalty kicks, the two top Spanish golfers in the world rankings both saw their title chances snuffed out by final-round struggles at the HNA French Open.

Jon Rahm and Sergio Garcia both entered the final round four shots back of the lead at Le Golf National, but neither player was able to avoid a big number as one top-ranked player after the next got snagged by the treacherous layout outside Paris. For Garcia, the stumble came early, as he made a triple-bogey 7 on the opening hole to all but take himself out of the mix.

Garcia battled back with three front-nine birdies, but he followed that run with three bogeys in a five-hole stretch from Nos. 9-13. Needing a birdie on the final hole to catch Alex Noren, Garcia instead made double to finish in a tie for eighth after a 3-over 74, 10 shots higher than the sizzling third round that vaulted him into contention.

The fall was more dramatic for Rahm, who appeared poised to take control of the tournament after playing his first 11 holes in 2 under par. But a wayward drive on No. 12 led to a triple bogey, and Rahm like Garcia needed to birdie the final hole to force a playoff. He tried to thread a driver with his final tee shot, but instead watched it bound into the hazard left of the fairway, ultimately dropping his club and smacking it against a nearby microphone.

A bogey on No. 18 dropped Rahm into a tie for fifth, two shots behind Noren, and marked his second straight top-10 finish on the course where he is all but certain to make his Ryder Cup debut this fall.