Rahm goes down in final but 'proud' of comeback 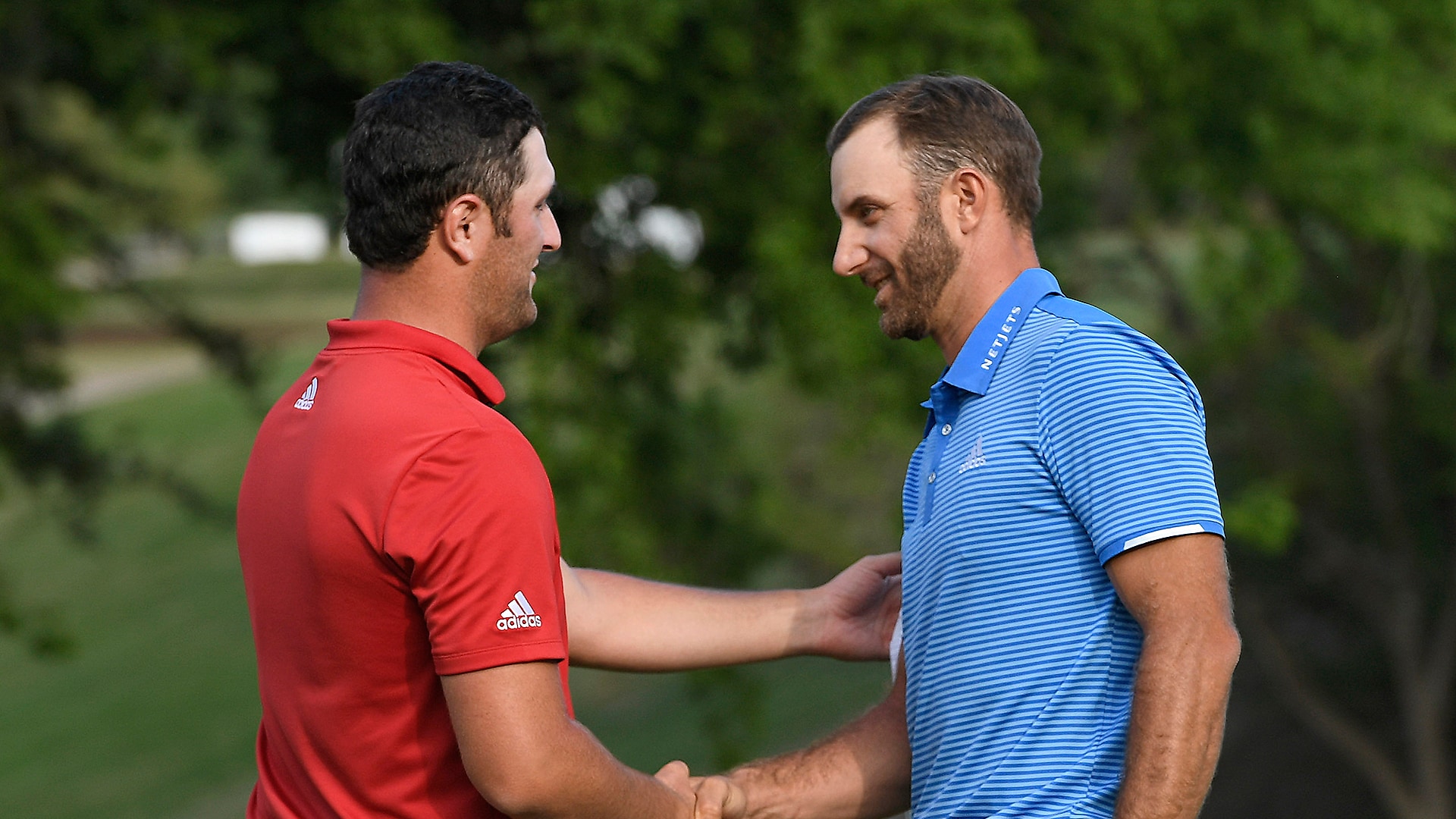 AUSTIN, Texas – Although his second showdown with Dustin Johnson in less than a month didn’t turn out the way he’d hoped, first-year PGA Tour player Jon Rahm was inspired by his performance at the WGC-Dell Technologies Match Play nonetheless.

After falling behind early in the championship match, Rahm chipped away at Johnson’s lead, which ballooned to 5 up through eight holes.

The Spaniard won the ninth and 10th holes with pars, drove the green at the par-4 13th hole to cut the world No. 1’s lead to 3 up and added birdies at Nos. 15 and 16 to pull within one hole.

“I'm very proud of what I did, very proud for what I stood for on the course. Very proud of fighting hard and being able to make birdies where I needed them and up-and-downs,” said Rahm, whose birdie attempt to tie the match at the 18th hole just missed. “Honestly, as sad as I might emotionally feel, I'm extremely happy with what I did.”

Rahm finished two strokes behind Johnson earlier this month at the WGC-Mexico Championship after briefly holding the lead during the final round.