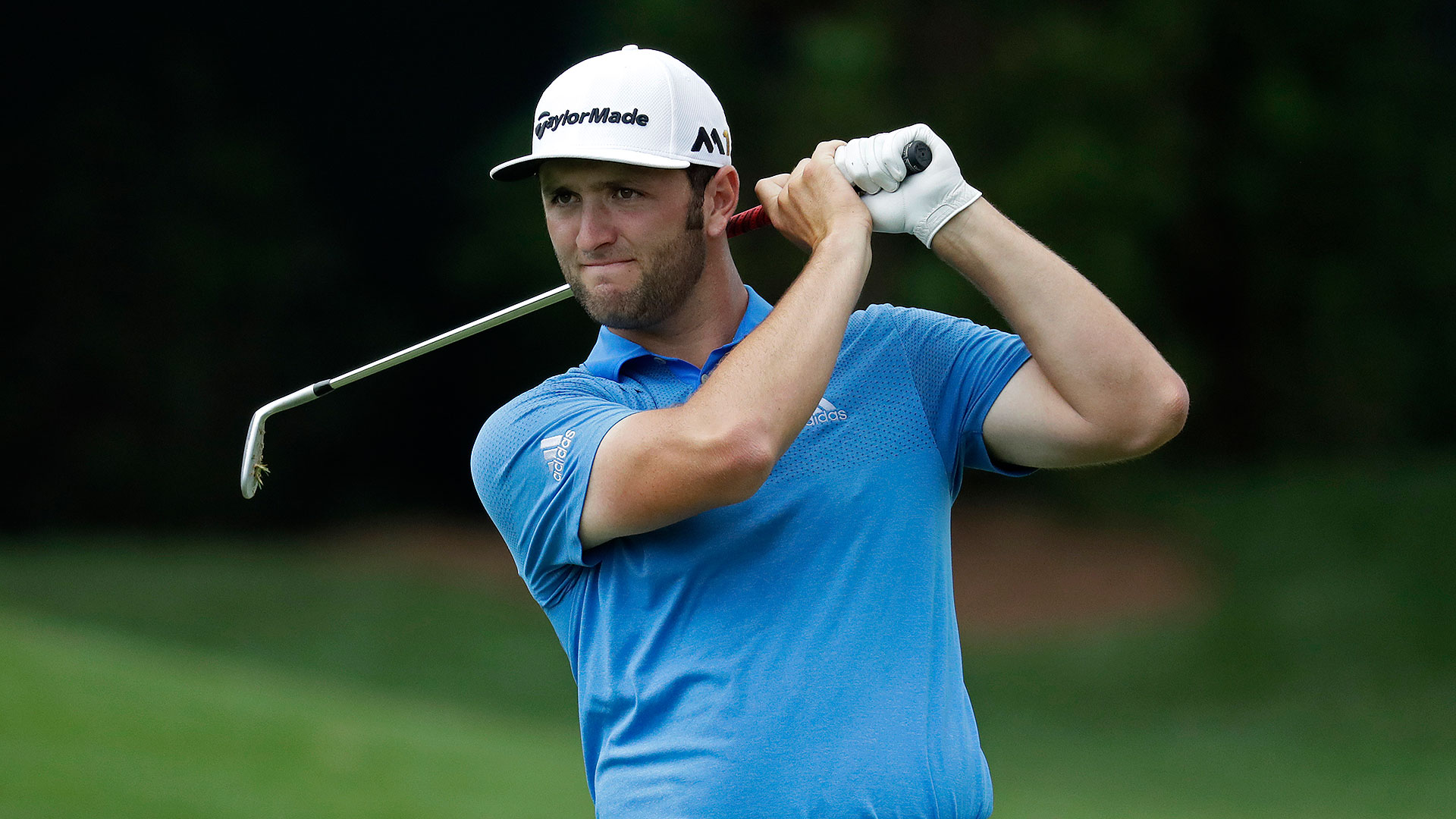 Jon Rahm continued his impressive pro debut, shooting a 4-under 67 to share a three-shot lead with Billy Hurley III in the Quicken Loans National. Here's how things stand going into the weekend at Congressional:

What it means: Rahm, the former Arizona State star who was the low amateur in the U.S. Open, missed a 4-foot par putt on the 18th hole that would have given him the lead by himself. But the Spaniard played well nonetheless, with six birdies against two bogeys.

Round of the day: Hurley's 66-65 start has come pretty much out of nowhere. He has missed six of 11 cuts this season and his best finish is a T-41 in the Byron Nelson. On Friday at Congressional, he made four birdies and a bogey on the front nine, with three more birdies on the back.

Best of the rest: Vijay Singh followed his first round of 68 with a sparkling 5-under 66. Singh, who hasn't had a top-25 finish since a T-6 at the Honda Classic, bogeyed two of his first three holes, but then birdied eight of the next 14 before finishing with a third bogey. Charles Howell III also shot 66, with four birdies on the front nine and two more birds plus an eagle on the back, which also included three bogeys.

Biggest disappointment: Smylie Kaufman was all smiles on Thursday after a 67, but things didn't go his way on Friday, as he shot 73. Starting on the 10th hole, he turned in 1-under 34 and birdied No. 1, but he caught bogey fever thereafter, bogeying four of his final eight holes for 39.

Shot of the day: Will MacKenzie chipped in from 34 yards out on the 18th hole for his third straight birdie in a round of 71.

Main storyline(s) going into the weekend: Can Rahm keep up the pace and win his first event as a pro? Can Els recapture the magic of his 1997 U.S. Open win at Congressional? Can Hurley earn his first PGA Tour win?