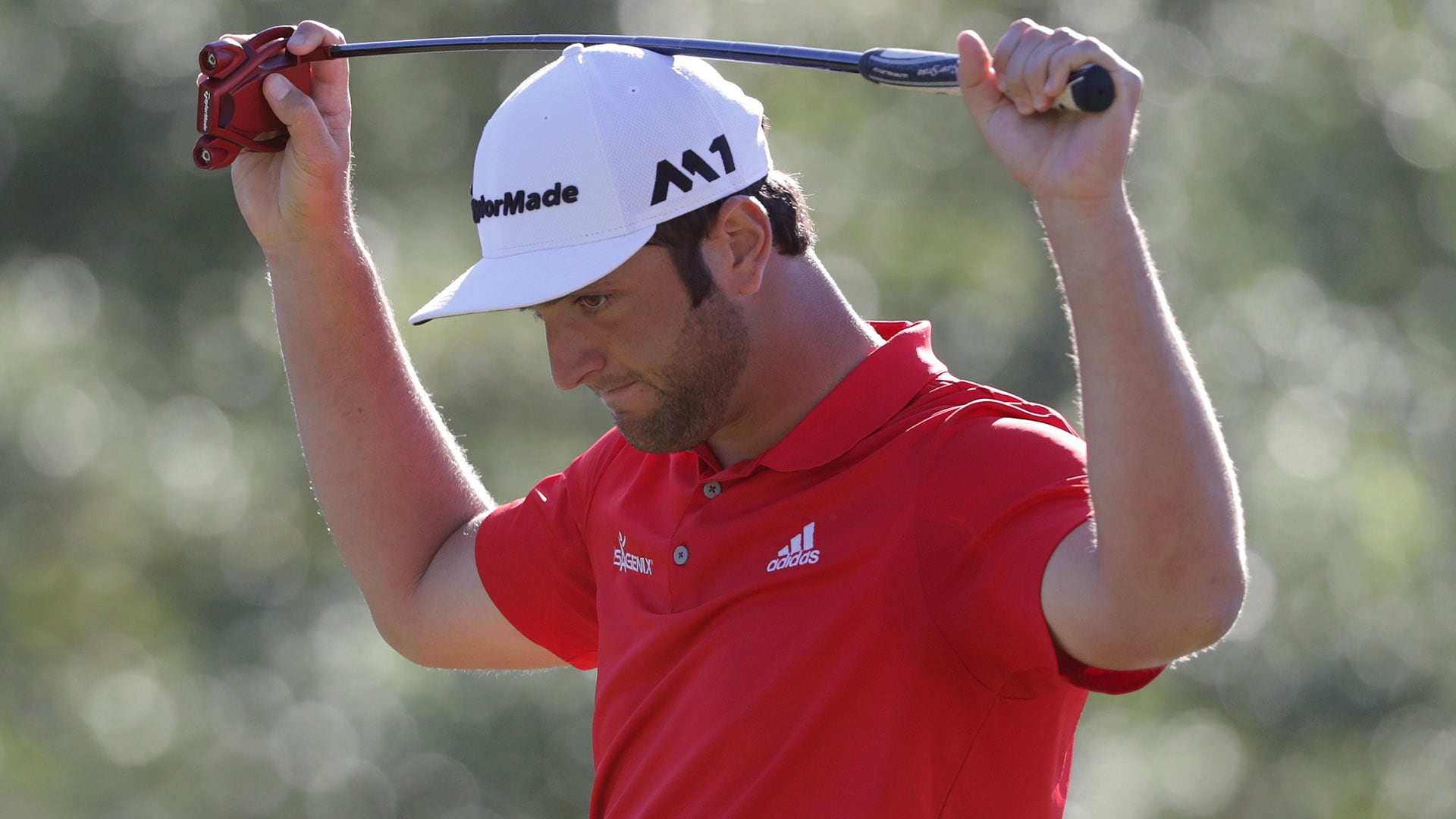 WILMINGTON, N.C. – Jon Rahm had a chance on Sunday at the Wells Fargo Championship for his second walk-off eagle in eight starts.

For a player like Rahm, who thrives on the pressure and emotion of the moment, he couldn’t ask for anything more.

“It was funny because earlier [caddie Adam Hayes] and I were thinking, well, I guess I'm going to have to be the first one to eagle 18 to win twice in a row, right?” he said.

But from 255 yards away in the 18th fairway, Rahm watched Brian Harman roll in a 28-footer for birdie to move to 10 under, two shots clear of the Spaniard. Although he had been considering hitting 4-iron short of the green and getting up-and-down for birdie, Harman’s birdie made his path clear.

“I probably hit one of the best 5-woods I've hit in my life, probably better than the one at 18 at Torrey,” said Rahm, referencing his eagle at the 72nd hole in January to win the Farmers Insurance Open.

Rahm’s 5-wood flew long and he failed to convert his birdie putt to finish in fourth place at 8 under par after a closing 71. Still, it’s another impressive week for a player who has quickly joined the game’s elite.

Since his victory at Torrey Pines he’s finished fifth, third, second, 10th and now fourth, a list that includes a final match showdown with world No. 1 Dustin Johnson at the WGC-Dell Technologies Match Play.

“I'm playing against the best in the world, and to be my first year and have as many opportunities as anyone to win tournaments, I'm extremely happy,” he said. “Hope I can keep it going and maybe next week [The Players] have a chance again.”