Rahm, Koepka both jump in OWGR after wins 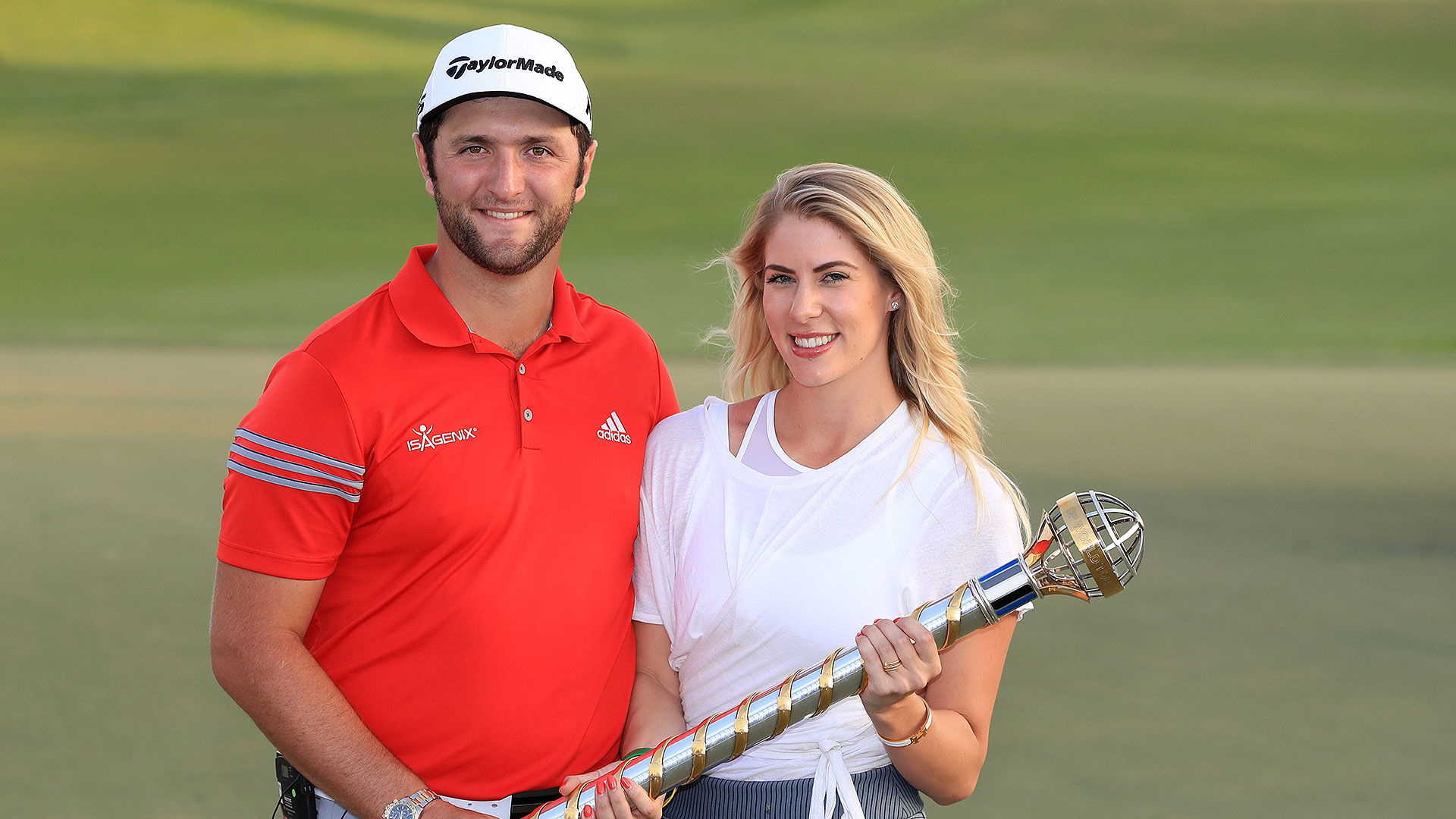 Jon Rahm and Brooks Koepka both made moves inside the top 10 of the Official World Golf Ranking following wins in Dubai and Japan, respectively.

Rahm captured the European Tour season finale, winning the DP World Tour Championship by a shot. It was his third worldwide victory of 2017 and it allowed the Spaniard to overtake Hideki Matsuyama at world No. 4. It also establishes a new career high in the rankings for Rahm, who started the year ranked No. 137.

Koepka cruised to a nine-shot victory while successfully defending his title at the Japan Tour's Dunlop Phoenix. The victory was his first since winning the U.S. Open and it helped Koepka jump three spots to No. 7 in the latest rankings. Reigning PGA Tour Rookie of the Year Xander Schauffele, who finished second behind Koepka in Japan, went from 30th to 24th.

After earning his maiden PGA Tour victory at the RSM Classic, Austin Cook vaulted from No. 302 to No. 144 in the world. Runner-up J.J. Spaun jumped 48 spots to No. 116, while a hole-out with his final approach helped Brian Gay rise 73 spots to No. 191 after finishing alone in third at Sea Island.

Dustin Johnson remains world No. 1, followed by Jordan Spieth and Justin Thomas with Rahm and Matsuyama now rounding out the top five. Justin Rose remains at No. 6, followed by Koepka, Rickie Fowler and Henrik Stenson. Rory McIlroy slid two spots to No. 10 and is now in danger of falling out of the top 10 for the first time since May 2014.

With his return to competition now less than two weeks away, Tiger Woods fell four more spots to No. 1193 in the latest rankings.