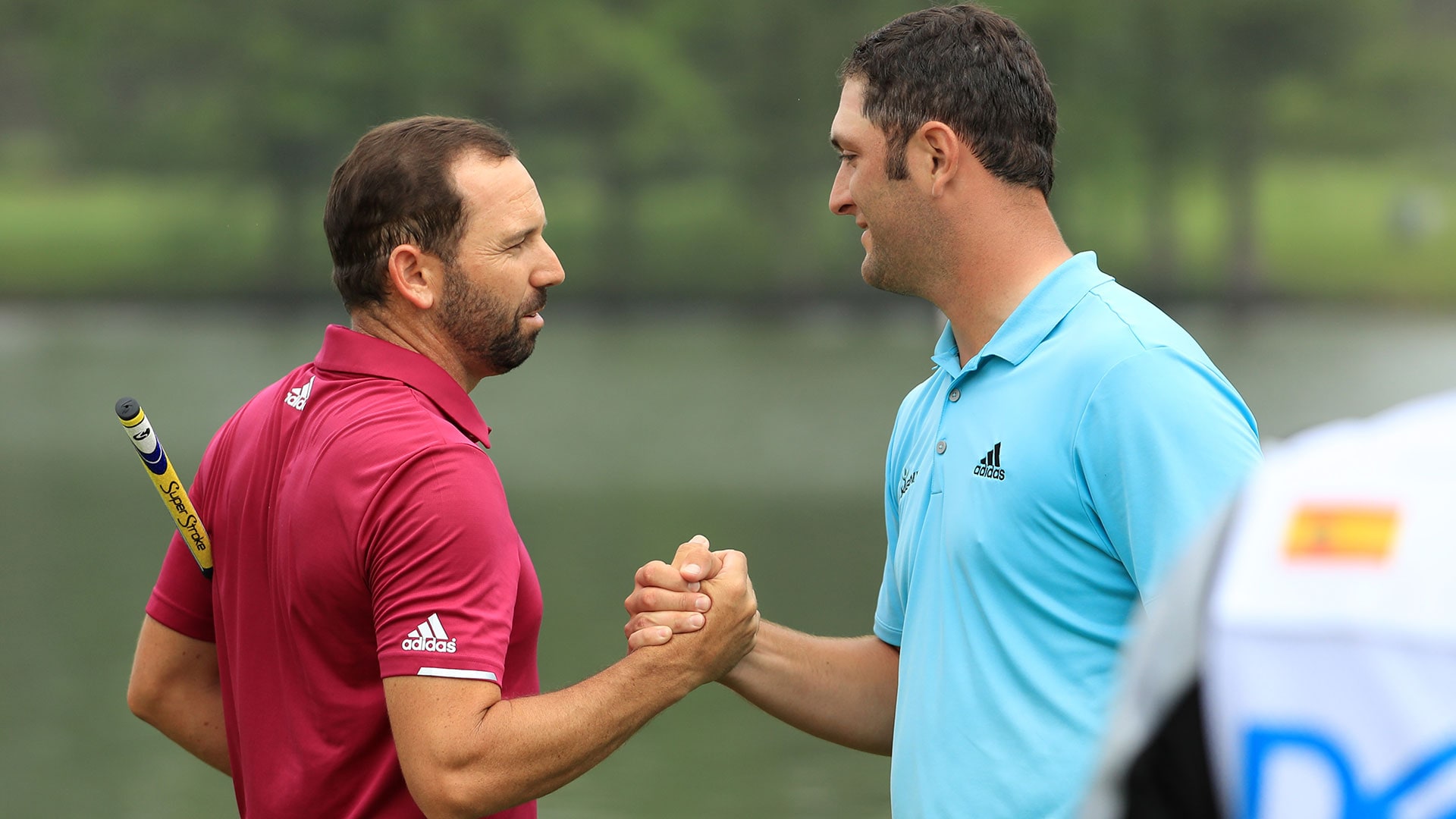 AUSTIN, Texas – Jon Rahm would have preferred another Friday opponent, but a match against his idol is still a match, and the first-year PGA Tour player proved again why he’s becoming a regular contender.

Rahm defeated fellow Spaniard Sergio Garcia, 6 and 4, to advance to the round of 16 in his first start at the WGC-Dell Technologies Match Play. That it was Garcia who stood between him and the weekend was bittersweet.

“I'd rather not play a fellow Spaniard. Obviously, representing Spain, we want as many Spaniards to make it as far as possible,” Rahm said. “We're friends and we know it was going to be a great battle. We knew we were going to have fun.”

Rahm has just three bogeys this week and pulled away from Garcia on Friday with birdies at Nos. 9, 10 and 11 to finish group play undefeated.