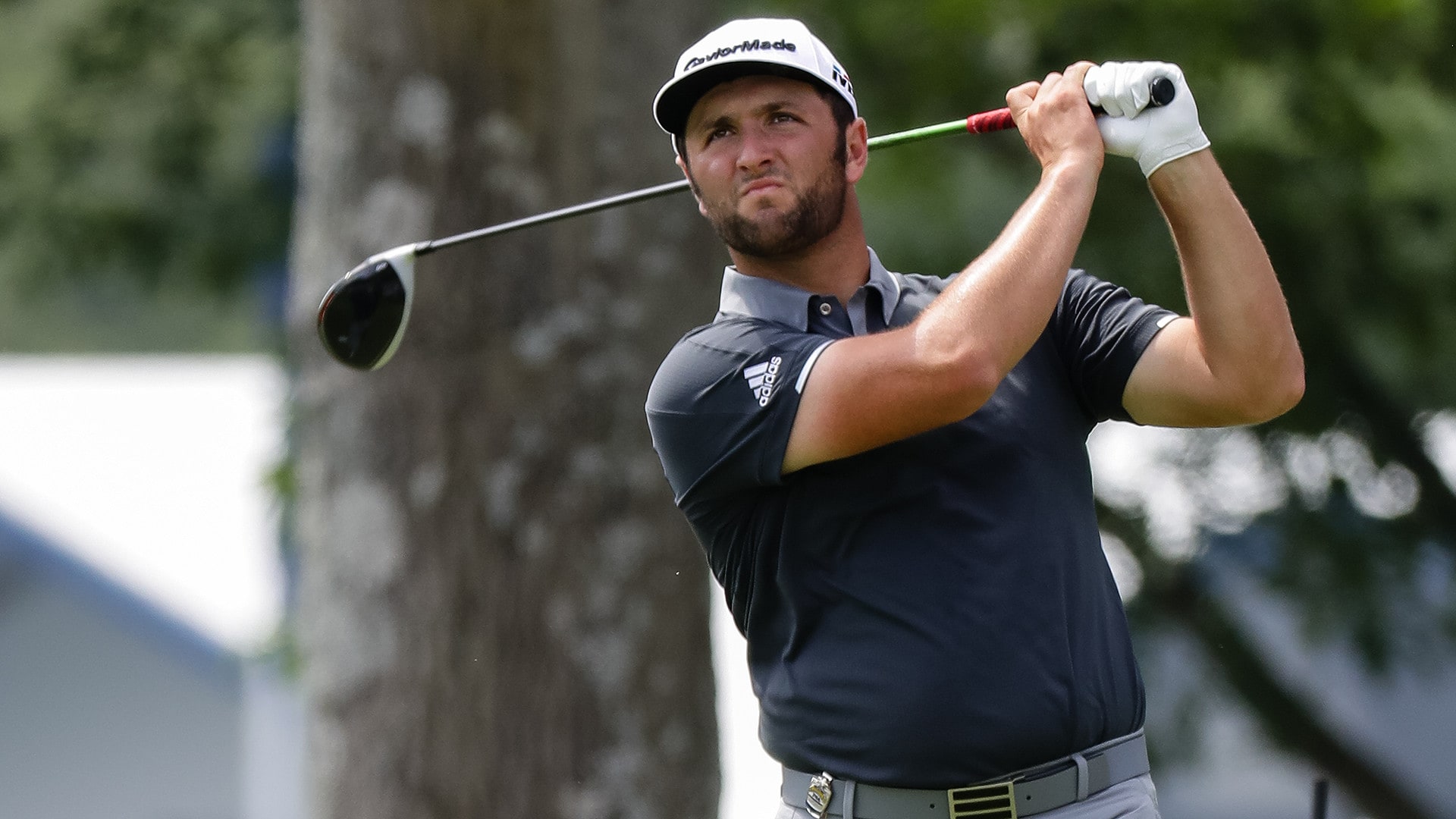 You don't get to see Jon Rahm's tee shot in the below video, and maybe that's for the best.

Rahm's opening swing in Round 2 of the PGA Championship went Fore! right and caught a spectator in the head, upon which the ball nearly caromed into the fairway.

Rahm signed a glove for the fan and checked on his well-being. A reporter stated that, though bleeding, the fan was "smiling" and "they're going to get him patched up and I bet he doesn't even leave the course."