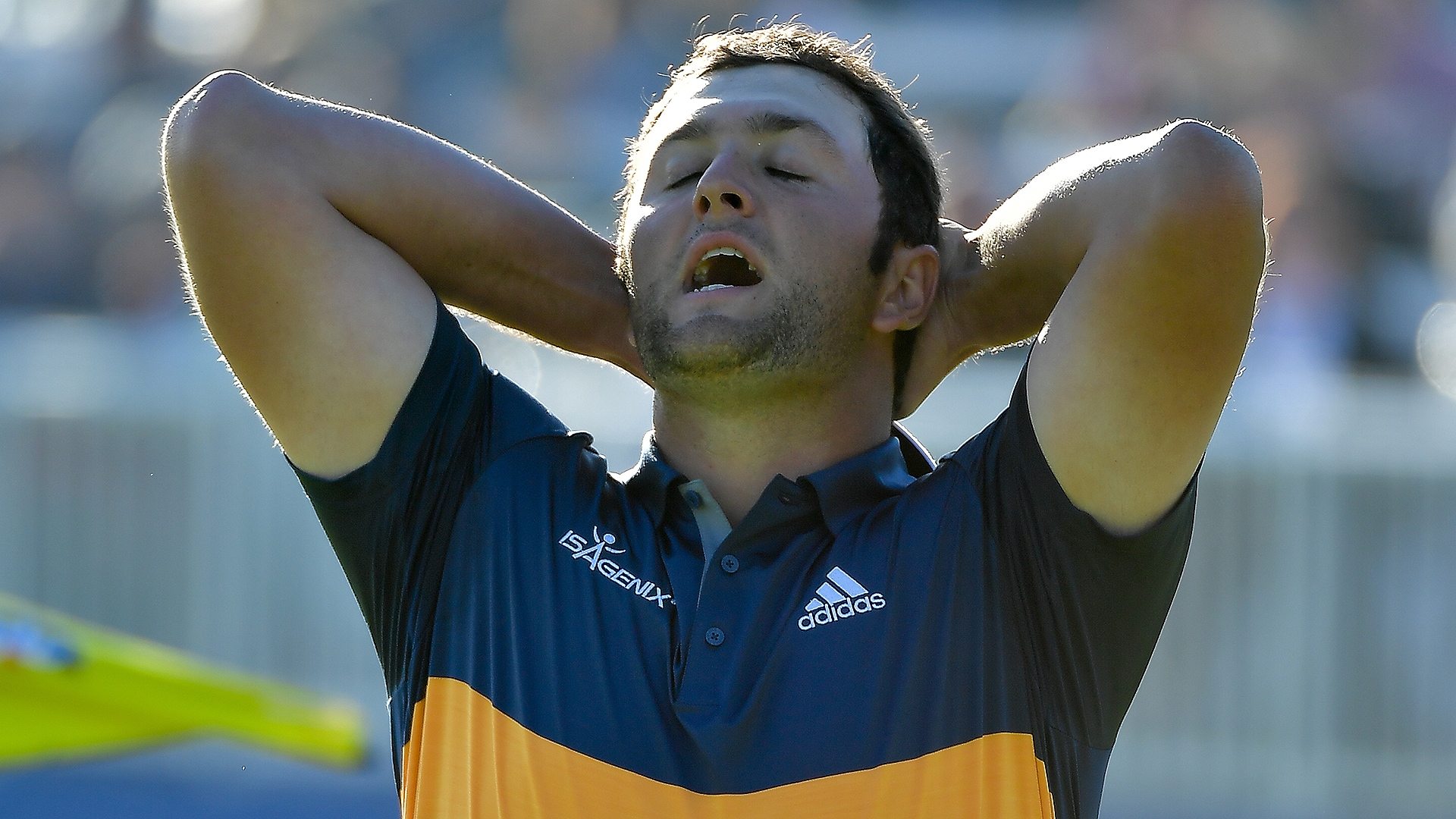 Just not this year.

A year after sinking a 60-foot eagle to clinch his first PGA Tour title, the 23-year-old Spanish star has struggled to play the par-5 finisher.

In the first round, he put his second shot in the water and needed to make a 15-footer for par.

On Saturday, only two shots off the lead, he came up well short with his long iron from 235 yards, again finding the water. He wedged to 18 feet and three-putted from there, a stunning finish that left him four shots back of Alex Noren (and with 11 other players ahead of him) heading into the final round.

Rahm entered the weekend just one shot back of Ryan Palmer and searching for his second consecutive victory. With a title defense this week at Torrey Pines, he would unseat Dustin Johnson as the No. 1 player in the world.

But after an opening birdie, Rahm made three consecutive bogeys to fall off the pace. He mixed two birdies and a bogey the rest of the way, hitting only nine greens total, until his double on 18.