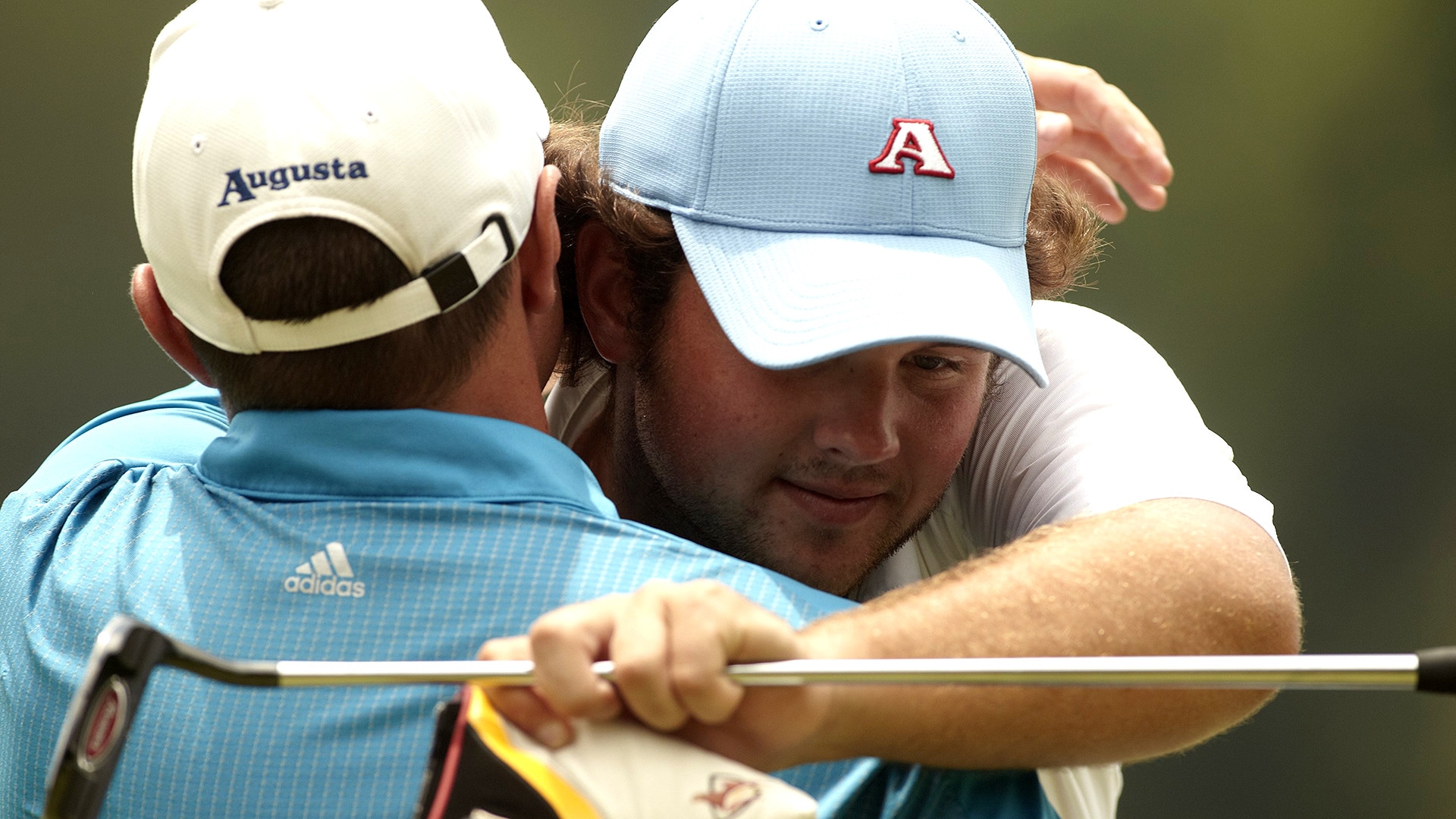 When Patrick Reed won the Masters earlier this month, it meant that not only were the four reigning major champions all under the age of 30, but also that they had competed against each other in match play in the NCAA Championships.

In the 2010 semifinals at The Honors Course in Tennessee, Augusta University’s Reed defeated Florida State’s Brooks Koepka, 1 up. Reed’s team would go on to defeat Oklahoma State, 3 ½ - 1 ½, in the final. Two years later, in the 2012 final at Riviera Country Club in California, Texas’ Jordan Spieth defeated Alabama’s Justin Thomas, 3 and 2, as Texas went on to win the team championship.

Ninety major championship winners have traveled a collegiate route on their respective roads to success. They range from those who never played golf competitively in college, to those who only played a semester, to those who played all four years.

Are Reed or Spieth – or Thomas or Koepka – among the all-time collegiate players who eventually won a major championship as professionals?

To determine a top-five list of such players, we’ll take into consideration overall college wins, major awards like the Haskins, selections to All-America teams, and victories both as individuals and members of a team in the NCAA Championships. 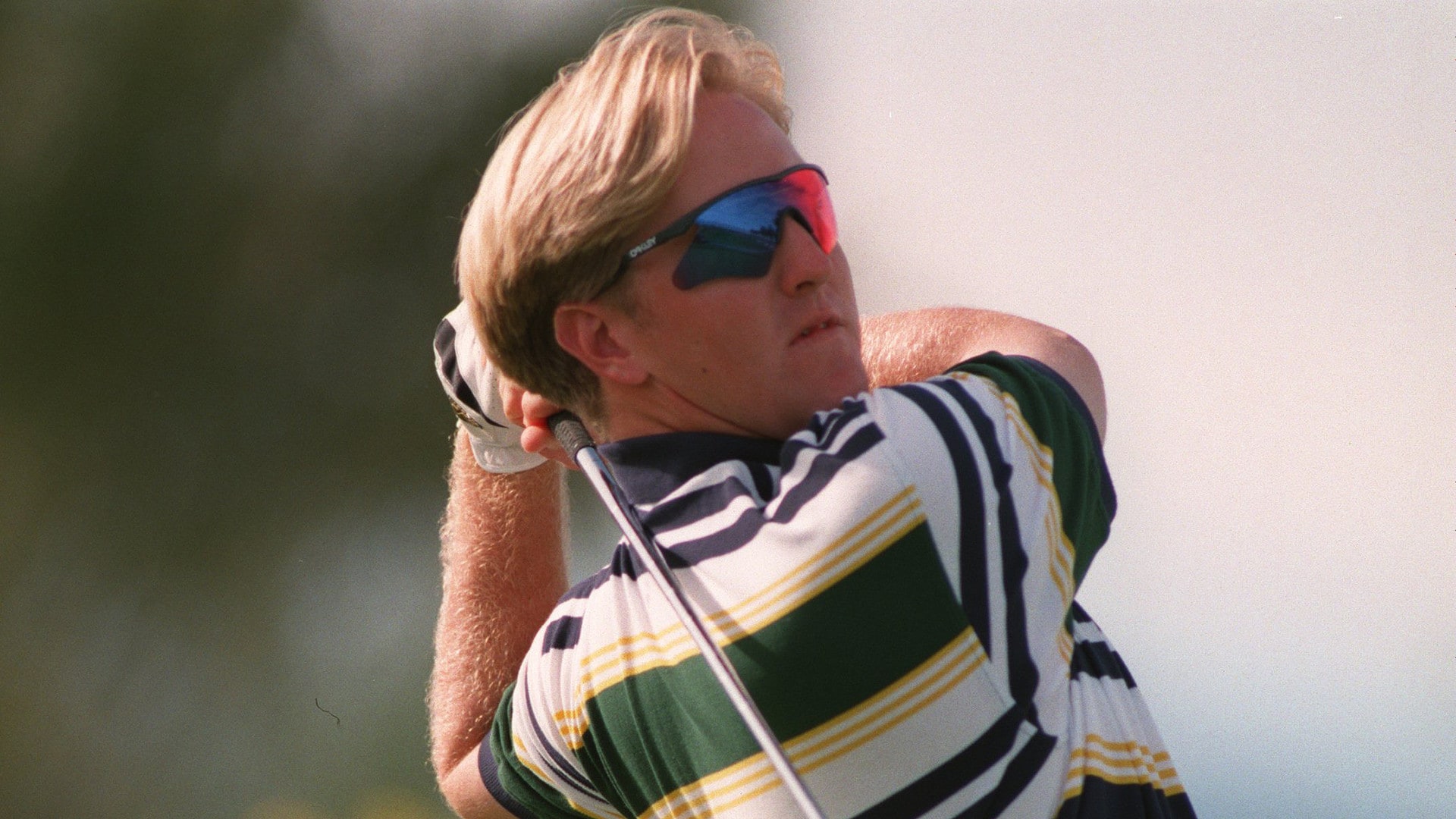 Resume: One of just two major champions to have been a four-time First Team All-American (Phil Mickelson). He played in 52 events over his four years as a Yellow Jacket, earning seven wins and 30 top-five finishes. During his senior season, in 1993, he won four times and finished in the top-seven in 13 of 14 starts, capturing the Haskins Award as the year’s most outstanding collegiate golfer. He finished runner-up in the NCAA individual championship, in 1991 and 1993. 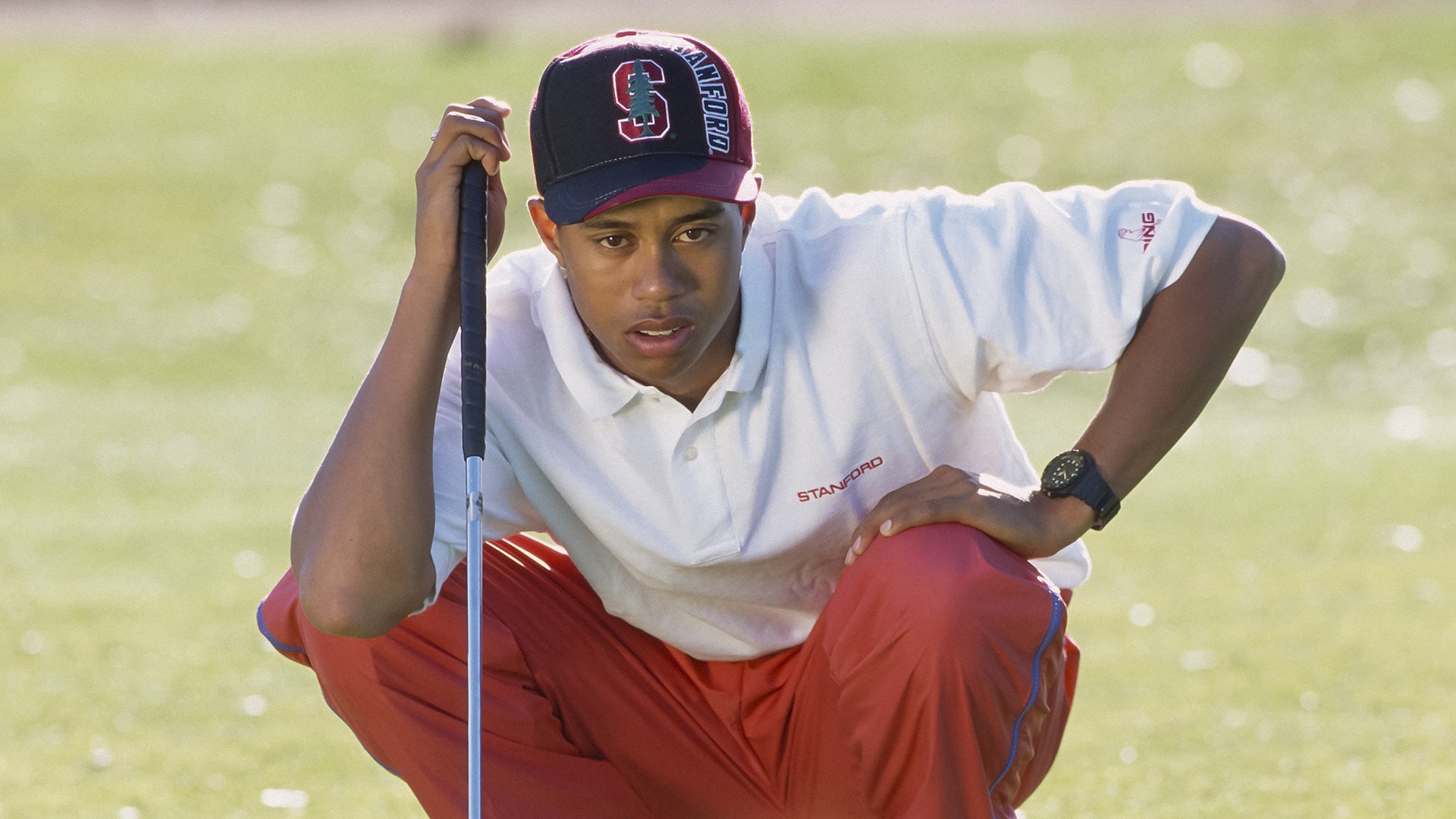 Resume: Woods may have played for just two years, but he accomplished a great deal in that short period of time. He was an 11-time winner, a two-time First Team All-American, the 1996 NCAA individual champion, and the 1996 Haskins Award winner. He earned eight of his 11 wins in his sophomore season and turned professional after winning his third consecutive U.S. Amateur. 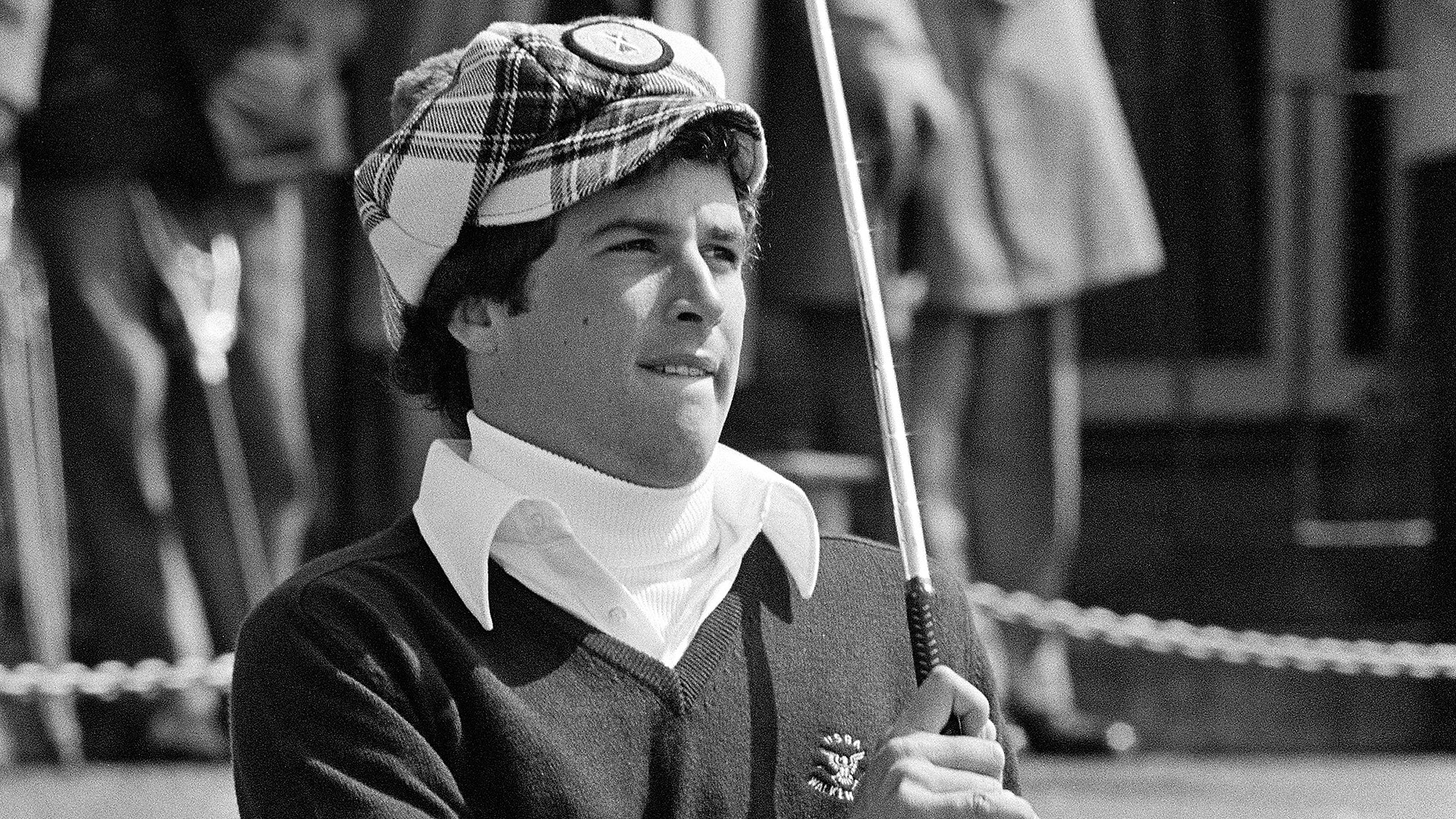 Resume: Strange began his World Golf Hall of Fame career with great success as a Demon Deacon. In his three years in Winston-Salem, he was a three-time First Team All-American with eight wins, including the 1974 NCAA individual championship. He also won the 1974 Haskins Award and helped lead his team to back-to-back NCAA titles, in 1974-75. 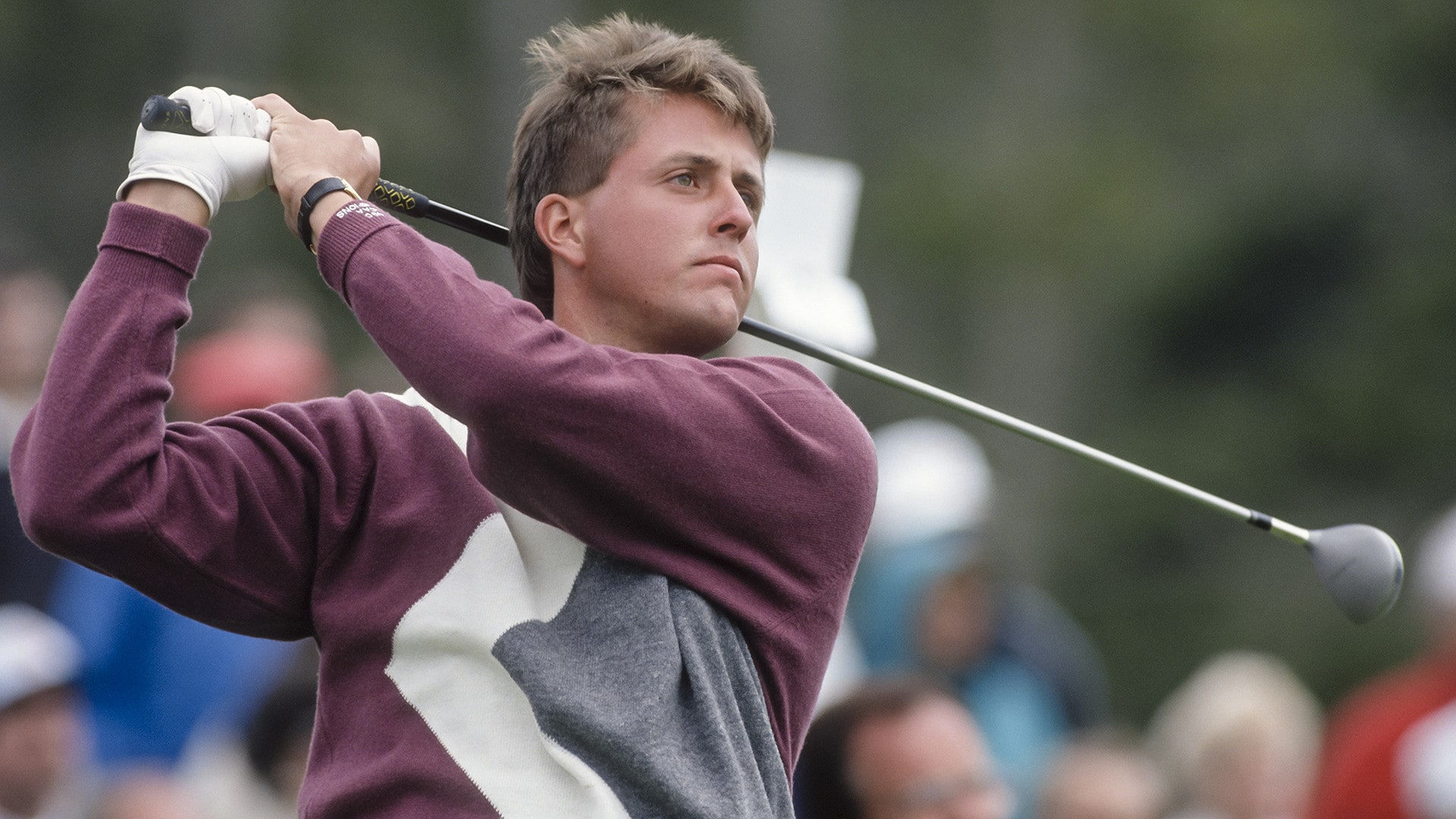 Resume: Even after he won the PGA Tour’s Tucson Open as a junior in 1991, Mickelson decided to stay in school. He graduated the following year with a degree with psychology. In his four years, Mickelson was a four-time First Team All-American, a three-time NCAA individual champion, and a three-time Haskins Award winner. He was also a member of the 1990 national championship team and won medalist honors in tournaments 16 times. 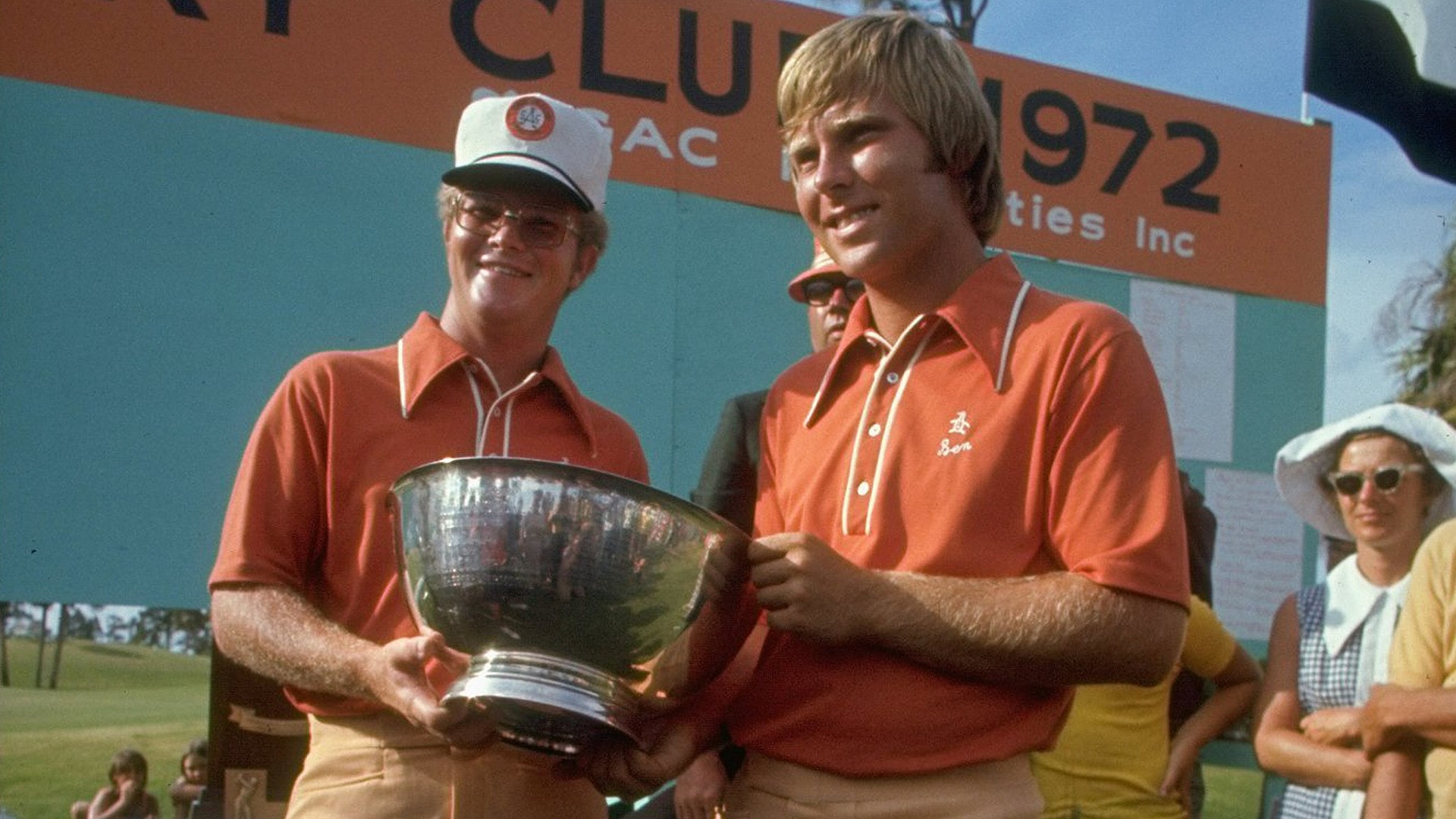 Resume: Before there was Phil Mickelson, there was Ben Crenshaw (pictured right, with Tom Kite on the left). Crenshaw spent three years in Austin and each year was named a First Team All-American, won the NCAA individual championship, and received the Haskins Award. All of those, every year, for three years. He was also a member of two NCAA Championship teams in 1971 and 1972, and was an individual medalist in tournaments 16 times.