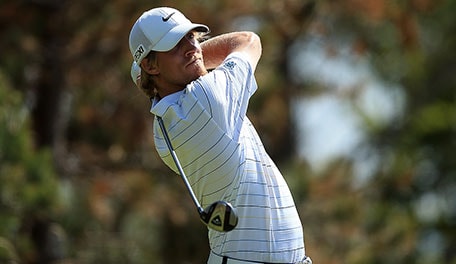 Tyler Raber accomplished a feat so rare Thursday that it's only taken place once in the history of the PGA Tour.

Playing the ArrowCreek Open on the eGolf Pro Tour, Raber made a hole-in-one on the par-4 17th hole, which was playing 279 yards in the final round.

"We heard it hit the pin," said Raber, who used a 3-wood off the tee. "We couldn't see it, but we looked at each other and said, 'That hit the pin.' We looked all around the green before finally looking in the hole and there it was. It was the craziest thing ever.

"My first hole-in-one or double-eagle in a tournament, so I guess I killed two birds with one stone."

The shot was part of a wild birdie-eagle-bogey-birdie-albatross-par finish for Raber. He would lose in a three-man playoff to Craig Barlow that also included Ryan Dillon.

The only hole-in-one on a par-4 in PGA Tour history came at the 2001 FBR Open, when Andrew Magee's tee shot on the 17th hole caromed off Tom Byrum's putter and went into the cup. 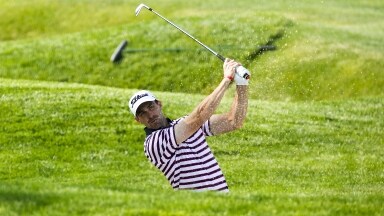 You likely haven't heard of Patrick Wilkes-Krier. But players like him make the U.S. Open special.