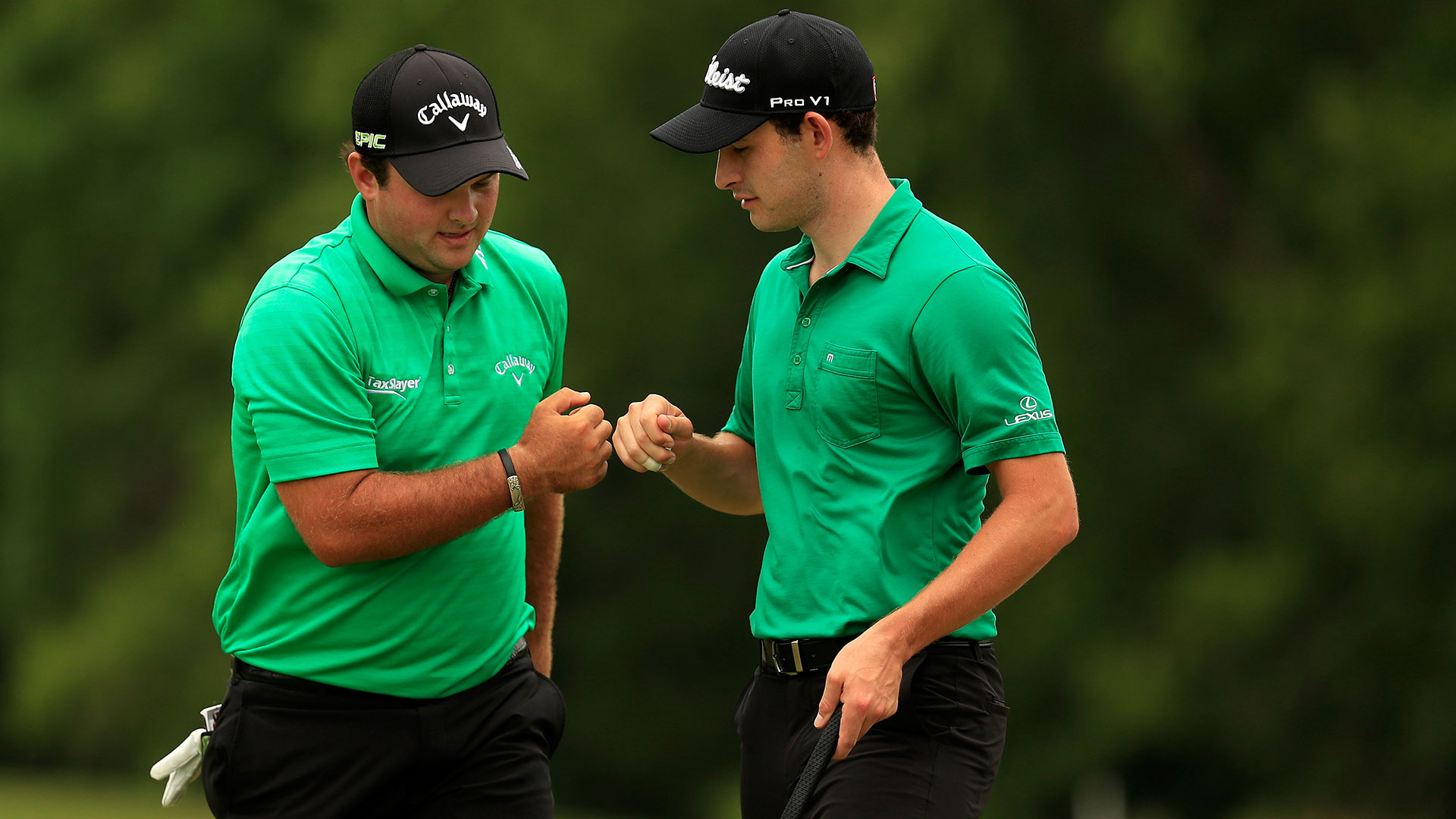 AVONDALE, La. – Team Patrick, Reed and Cantlay, would seem an unlikely pair at the Zurich Classic.

Reed is nicknamed Captain America, for his exuberant play for the U.S. Ryder Cup team. Cantlay, meanwhile, often looks like he’s sleepwalking down the fairway.

Cantlay met Reed while in high school, and they maintained their friendship through college and amateur golf.

Reed has established himself as the premier team player of his generation, and he’s lived up to his reputation here at the Zurich – swinging hard, shooting at pins and racking up birdies.

“Any time you can play with a teammate and get that team atmosphere, it’s always awesome,” he said. “It’s one of those events I love the most.”

But he also said that partnering with Cantlay has made him better.

One lesson came on the 12th hole Friday.

Said Reed: “He hits his drive, and it’s out of character for him – he hit it left. I’m sitting there thinking to myself, It’s not one-handed. He didn’t put his head down. Nothing. He acted like it was 320 down the middle. If that was me, who knows where that driver would have been.

“But it calms me down. Walking the course and talking with a guy like Cantlay, not only are you getting to know the guy a little better, but at the same time, you’re learning a lot because you never have to worry about the highs and lows.”

Cantlay has played well in limited action this year. He missed more than two years because of injuries and tragedy in his personal life, but he has a pair of top-3 finishes in four starts this season.

Now, along with Reed, he’s one shot back heading into the weekend. His remarkable comeback season continues.