Reid valiant in solo effort; U.S. gets on board 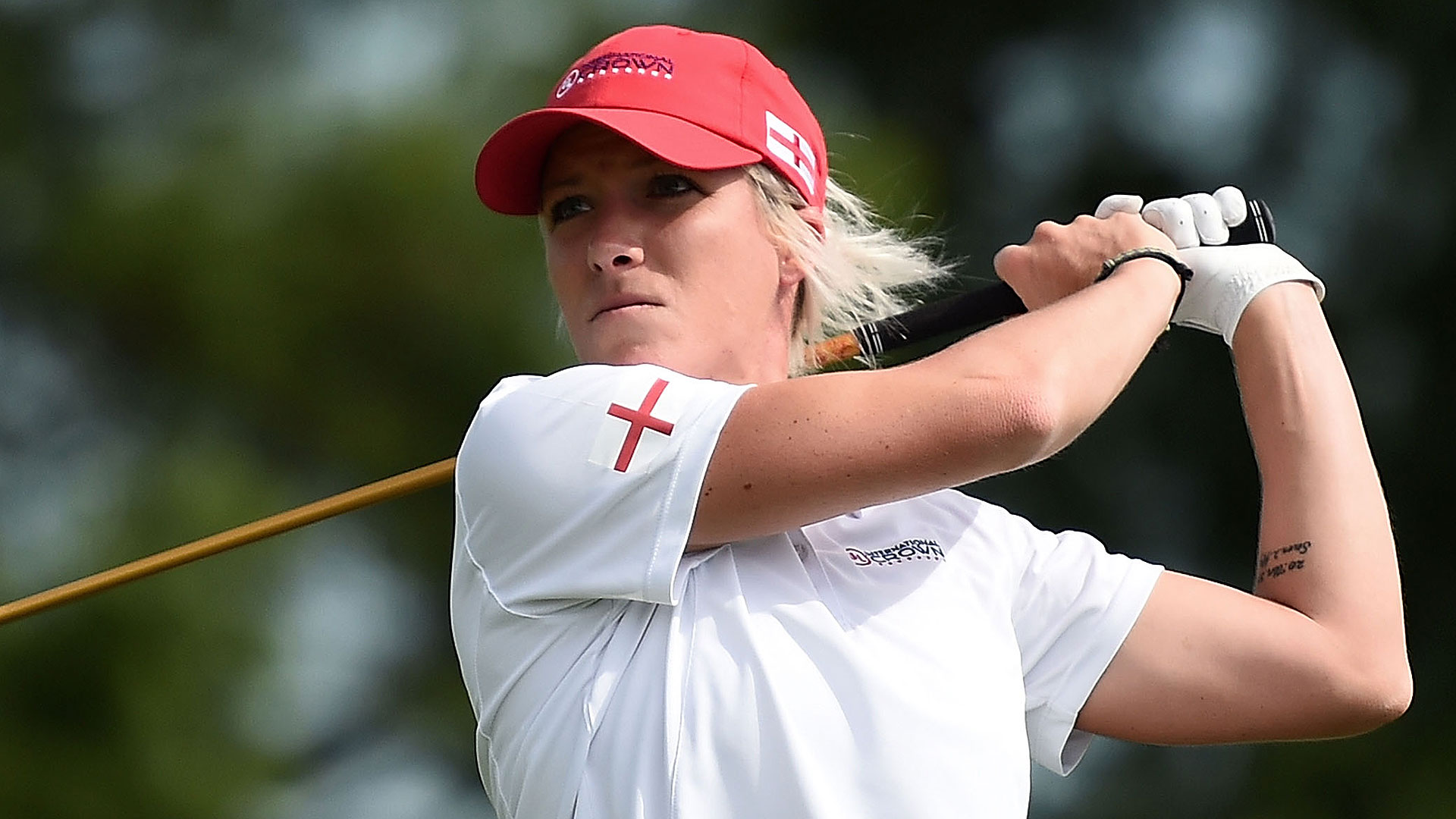 GURNEE, Ill. – England squeezed about as much excitement into the single point it won Friday at the UL International Crown as a team could at the Merit Club.

And England’s Mel Reid won about as much respect as a player could losing her dramatic match.

With England learning at day’s start that its star, Charley Hull, was ill and unable to play Friday’s fourballs against Japan, the English showed their grit fighting shorthanded to stay atop the Pool B standings.

Reid took on Japan all by herself in the best-ball format, and she made the Japanese birdie the final hole to beat her, 1 up.

Reid holed a lob wedge from 70 yards for eagle at the 13th to square the match. She played the final nine holes in 6 under. At the last, she rolled in a 35-foot birdie, forcing Haru Nomura to hole a 5-foot birdie to win.

England gained a point with Jodi Ewart Shadoff and Holly Clyburn teaming to halve with Ai Suzuki and Ayaka Watanabe, who missed a 3-foot birdie chance at the 18th that could have vaulted Japan to the top of the Pool B standings.

Down nearly the entire back nine, Lee holed a 15-foot birdie at the last to win the hole and halve the match.

Switching up partners Friday, Webb and Rebecca Artis responded as a new team, never trailing in their match. Artis holed an 8-foot putt for par for a half at the last to close out the match.

Shadoff squared the match with a 15-foot eagle at the 16th, but Watanabe had a 3-foot birdie chance at the last to win the match. Watanabe’s putt slid past.

With her playing partner suffering from a bout of asthma and fever, Reid fought brilliantly playing alone against Japan’s best fourball team, making Japan birdie the last to beat her 1 up in the best-ball format. Reid wouldn’t go away on the back nine, playing the final nine holes in 6 under.

The Americans led most of the way, but Phatlum rolled in a 40-foot birdie putt at the 18th to square the match. Lewis’  birdie chance from 25 feet at the last clipped the left edge of the hole running past.

Thompson and Kerr were on fire, combining to make 14 birdies. They birdied 11 of the first 12 holes on their best ball.

Sei Young Kim birdied the first and the Koreans never trailed. Kim closed out the rout making eagle at the 16th.

A big upset by Chinese Taipei as Chun and Yang are both among the top 10 in the Rolex world rankings. Kung is No. 33 and Cheng No. 160.