Report: Rory to practice at Whistling Straits on Sat. 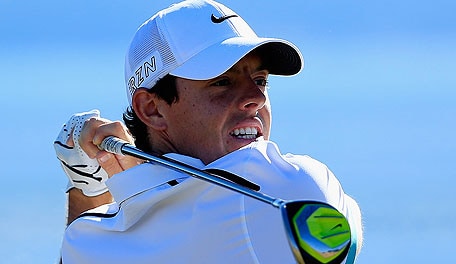 Update: 7:33 a.m. ET: Terry Prone, Rory McIlroy’s publicist, has denied this report, telling the Irish Golf Desk: “Not booked for such a round. Still going through the rehab process.” McIlroy’s representation has not returned messages from Golf Channel seeking comment.

Rory McIlroy is scheduled to play a practice round Saturday at Whistling Straits in what appears to be a test run for his injured ankle in advance of next week’s PGA Championship, according to a report by Reuters, which cited a "reliable" source.

The world No. 1 has already ruled himself out of the WGC-Bridgestone Invitational but he has not yet announced his status for the year’s final major.

McIlroy said he ruptured a ligament in his left ankle while playing soccer with friends on July 4. The injury has already forced him to miss the Scottish Open, Open Championship and Bridgestone.

His No. 1 ranking is in jeopardy this week at Firestone, where Jordan Spieth can ascend to the top spot with a victory.

McIlroy finished one shot out of the Martin Kaymer-Bubba Watson playoff when the PGA was last held at Whistling Straits, in 2010.

An employee at the course told Reuters that he was not allowed to comment on participants’ practice rounds ahead of the PGA.