Report: Tiger's status still 'up in the air' for Doral 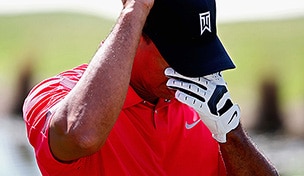 Tiger Woods is still uncertain for his title defense at this week’s WGC-Cadillac Championship.

Woods’ agent, Mark Steinberg, told ESPN.com on Monday that the world No. 1 was “receiving treatment” for lower back spasms and that his status was still “up in the air” for the World Golf Championships event at Trump Doral.

Woods was scheduled to meet with the media at 1 p.m. Tuesday, but that news conference has been pushed back to 1 p.m. Wednesday, likely to see if his back responds to treatment.

On Sunday, Woods withdrew after going 5 over for his first 13 holes at the Honda Classic. In two PGA Tour starts this season, he has yet to finish all 72 holes.

Woods said in a statement released through his spokesman that he began feeling discomfort on the range and that the pain intensified throughout the round. This was the same injury that sent him to his knees in pain during the final round of The Barclays in August.

The Cadillac Championship is a 72-hole, no-cut event, with a $9 million purse. Woods is a four-time winner at Doral, but he has not seen the Miami-area course since it underwent a renovation after last year’s tournament.

If Adam Scott wins this week, he has a chance to move to No. 1 in the world for the first time in his career. 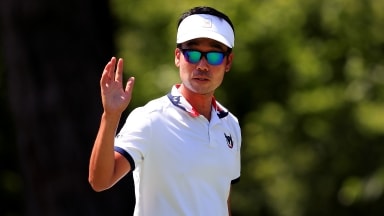 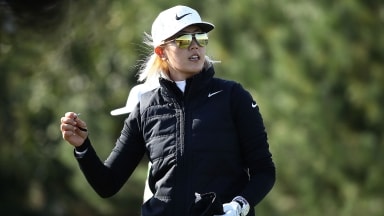 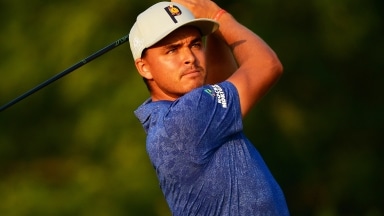