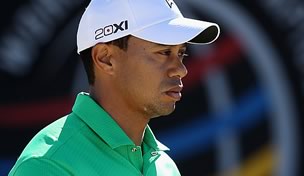 We might soon be able to add Tiger Woods’ name to the list of elite players skipping next month’s WGC-Accenture Match Play Championship.

According to a report from ESPN.com, “indications are he will skip” a tournament he’s won three times, but none since the venue change to the Golf Club at Dove Mountain in 2009.

Adam Scott and Phil Mickelson have already maintained that they will each skip the event, and rumors are swirling within golf’s inner circles that Rory McIlroy might also take that week off.

Losing four of the world’s six top-ranked players would be an obvious liability to a tournament whose very nature relies on star power because of the format of individual matches.

Much of the consternation from these elite players comes because of the course, a 7,833-yard behemoth in the desert north of Tucson, Ariz.

“Mostly based on the course, for sure,” Adam Scott recently said of his decision. “My record isn’t very good around there and I haven’t enjoyed playing there the last few years, so it was a pretty easy one.”

Woods won the 2003, ’04 and ’08 editions of the event. Since the venue change, however, he has twice lost in the first round and twice in the second round, never reaching Friday’s play.

Should he skip the Match Play, it would likely mean only one start on the West Coast swing for Woods, as he failed to make the secondary cut at the Farmers Insurance Open. He is competing in this week’s Dubai Desert Classic and his next event is expected to be at the Honda Classic, from Feb. 27-March 2.