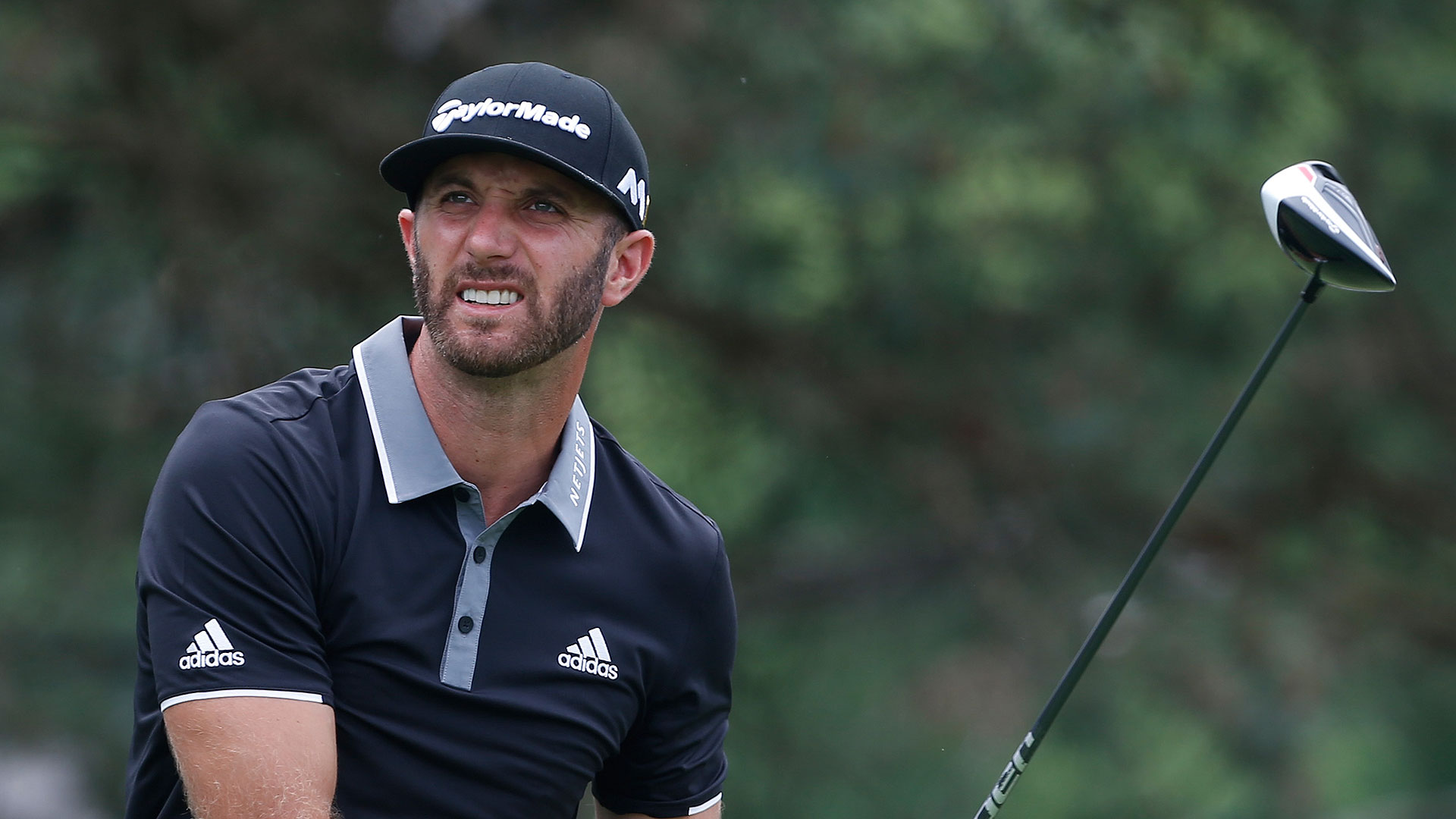 DUBLIN, Ohio – Dustin Johnson waited 2 1/2 hours to hit one wedge shot from the fairway at No. 18, but it was worth it.

Johnson stuck his second shot to 2 feet for a closing birdie, a 4-under 68 and a great chance on Sunday to win for the first time since the 2015 WGC-Cadillac Championship.

Thunderstorms halted play just after 5 p.m. ET, and when the horn sounded at 7:30 to resume the third round Emiliano Grillo and Matt Kuchar were at 15 under.

"On 17, I was ready to hit, and the official told me not to hit, and then they waited a minute to blow the horn," Grillo said after shooting a 2-under 70. "So I'm kind of pissed about that, but it is what it is."

"I've had a lot of success here, having a win back in '13," Kuchar said. "I'll certainly be looking forward to tomorrow's round of golf."