Retiring Miyazato 'felt so much love from everyone' 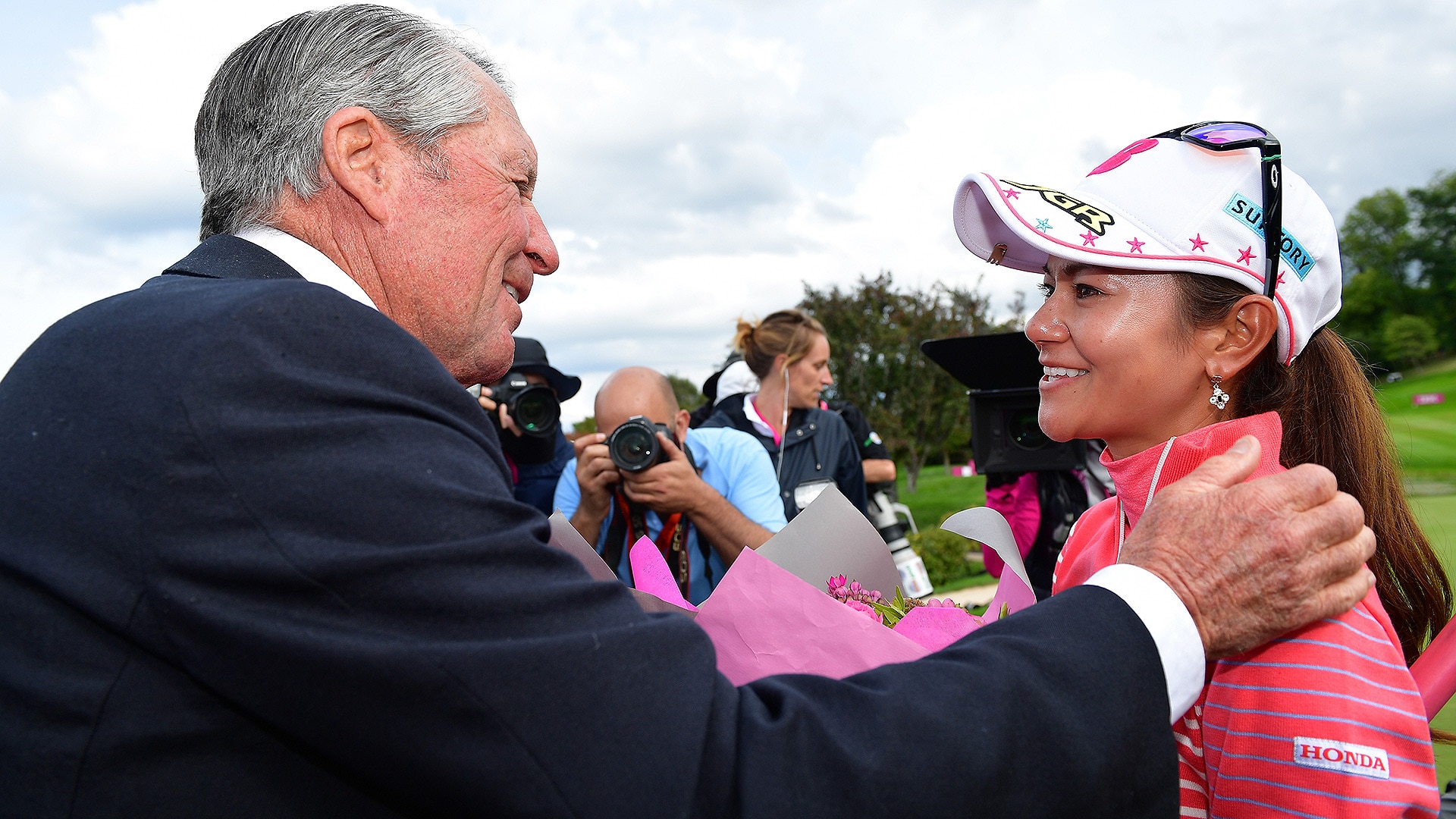 Ai Miyazato didn’t feel sad when it was all over.

After holing out for par Sunday at the Evian Championship in her final round before retiring, she beamed with a smile that wouldn’t go away.

She hugged her longtime caddie, Mick Seaborn, who has been with her through the success and the struggles, and then she walked off the green to fall into the embrace of one admirer after another.

Hall of Famer Gary Player wrapped his arms around her first after she left the 18th green. He also handed her flowers.

Paula Creamer and Yani Tseng were among the legion of friends waiting to greet her.

“Honestly, I'm so happy right now,” Miyazato said. “After the 18th, after I made the putt, I felt so much love from everyone.”

Miyazato said seeing Player there added to the special nature of her farewell.

“That was the first time I met him,” Miyazato said. “That means a lot to me. That was a great surprise, and it was an honor to meet him in person. It was a great moment, and I'll never forget it.”

Miyazato, 32, made her farewell more special making the cut, extending her appearance until Sunday. The former world No. 1, a superstar back in her Japanese homeland, isn’t sure what the next chapter of her life will hold, but she said she will relish her memories and the people she met along the way.

Miyazato joined the American-based LPGA in ’06. She won the first of her nine LPGA titles at Evian in ’09. While she ascended to world No. 1 a year later, there would be some struggles after. Ultimately, she said rekindling the ambition that drove her to the top of the game was a challenge she no longer relished. It’s why she decided to retire.

“Looking back now, I had a great time, and I'm glad I came to the U.S. and challenged all the things,” Miyazato said. “I feel so proud of myself. I got through so many things. Of course, I had so much up and downs, too. I have a great team, my agent and my caddie, Mick, they are always there for me and supported me. I couldn't go through all the things just by myself. I think I was so lucky to have my team.” 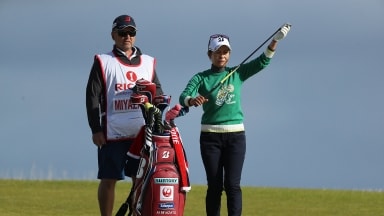 Ai Miyazato teed off under trying circumstances Thursday in what is expected to be her final Ricoh Women’s British Open appearance.