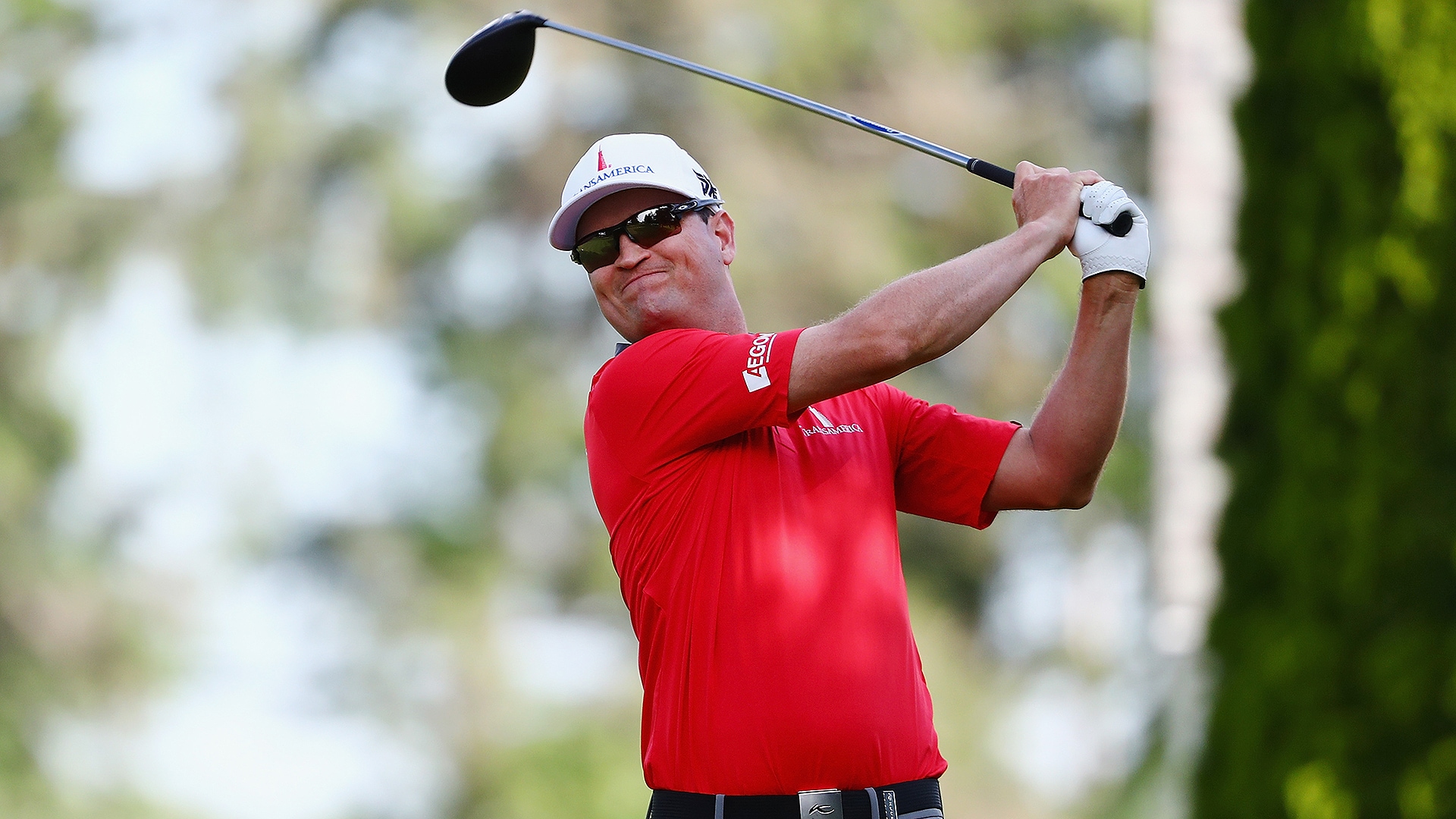 CROMWELL, Conn. – After enduring the pressure-cooker of the U.S. Open, Zach Johnson was more than happy to drift north to the friendly confines of TPC River Highlands.

Birdies were rare last week at Shinnecock Hills, but they’ll be plentiful all week long at the Travelers Championship. Browned-out and crispy conditions transitioned to lush and verdant, and players can attack flags without fear of turning a possible par into a struggle to avoid triple.

Johnson did just that in the opening round, carding eight birdies against a single bogey to take the early lead with a 7-under 63.

“It’s a different kind of breathing. It’s a different kind of exhaling, if you will, but they’re both good,” Johnson said. “You can put some red on the board here. We know that. We’ve seen it. You can go the other way in a hurry if you press it; it can keep going in the other way. So you kind of have to let it happen. This is one of those courses where you have to let it happen.”

Like many in this week’s field, Johnson took it easy after a grueling major championship, staying away from the course Monday and easing into his prep over the next two days. Those decisions paid off quickly as he rattled off six straight birdies on Nos. 11-16 to take sole possession of the lead.

While Johnson tied for 12th last week at Shinnecock Hills, that was just his second top-15 finish since the Sony Open in January. But the veteran is no stranger to fast starts at TPC River Highlands, having now opened with 65 or better four times in his last eight appearances dating back to 2011.

It’s a course where he continues to have success, even if his past consistency hasn’t lived up to expectations.

“I feel like every time I get here it feels like I should shoot nothing, and it bites me,” Johnson said. “The last couple years I’m like, ‘All right, you can’t have any expectations in that regard. You’ve just got to go out and execute, you know, put the ball in the fairway and you will have opportunities.’”