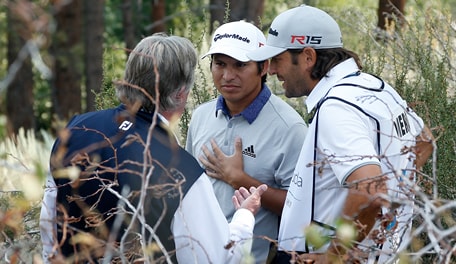 Andres Romero punched a tee sign on the 15th tee box Saturday at the Barracuda Championship, breaking his hand, and played his final four holes teeing off with his putter.

The strange sequence of events took place after Romero bogeyed the 13th and 14th holes in the third round. After the incident, which was not captured on tape, PGA Tour officials checked in with Romero, allowing the group behind his to play through.

Romero was able to use the modified Stableford format to his advantage in order to finish the round. With double bogey being the worst score possible on each hole, resulting in a loss of three points, Romero teed off on each of his final four holes using his putter, tapping the ball into play and then picking it up to record his score. Romero withdrew after the round.

Romero is not in this week's PGA Championship field. There is one full-field event remaining before the beginning of the FedEx Cup Playoffs. Romero is currently 157th in points, with the top 125 qualifying for the first round of the playoffs at The Barclays. 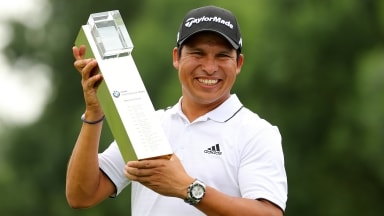 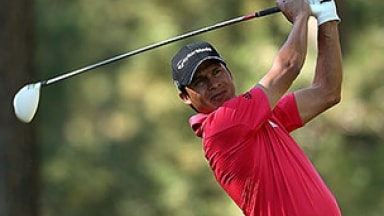 After an opening 61, Andres Romero struggled to an 81 Friday in Las Vegas, a 20-shot swing that caused the Argentine to miss the cut.

Andres Romero shot his second straight 7-under 65 on Friday to take a one-stroke lead over Scott Brown after the second round of the Puerto Rico Open.