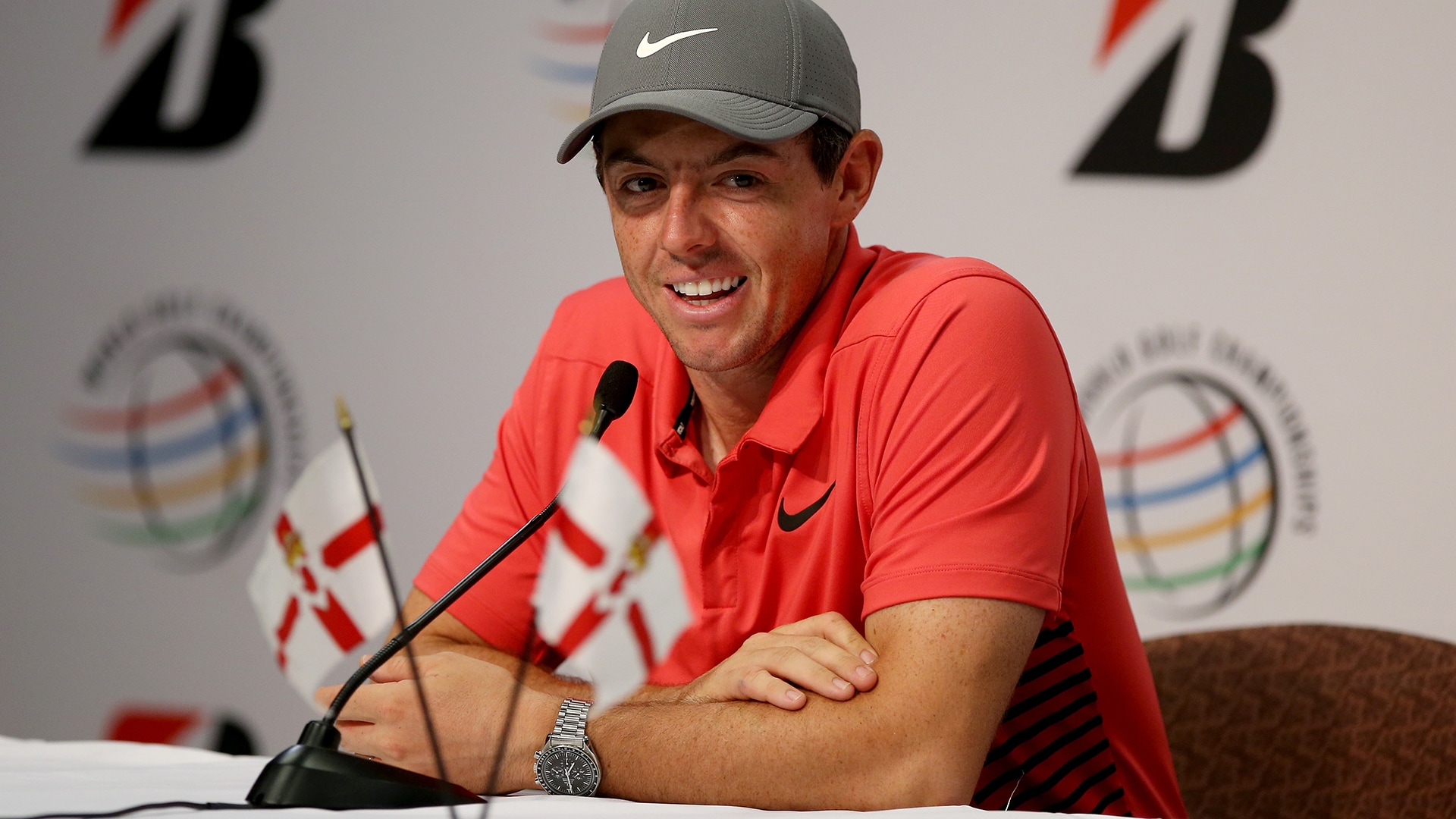 AKRON, Ohio – With the PGA Championship looming next week and a Ryder Cup on the horizon later this fall, it’s inevitable that the conversation starts to turn toward the biennial matches.

Vice captain Tiger Woods, who is 20th on the U.S. points list, was asked on Wednesday how he would sum up his chances to make the team. “Trending,” he answered with a smile.

Rory McIlroy’s position on the European team is much clearer, with the Northern Irishman a lock to qualify for his fifth Ryder Cup off Europe's world points list. He was obviously more interested in how the Continent’s team is shaping up.

“The eight guys that are in it at the minute, it's a very strong team,” McIlroy said. “Then you've got a couple of obvious choices that if they don't make the team, will be wildcard picks. It's looking good. I think there are some obvious choices for pairings. There's some other pairings that might come out of the blue a little bit.”

McIlroy also said this year’s venue, Le Golf National outside of Paris, will favor the Europeans.

“We know the golf course very well, which helps,” he said of Le Golf National, which is the annual site of the French Open. “That's been a massive thing in Ryder Cups the last few times. Home course advantage has been a big, big thing.”