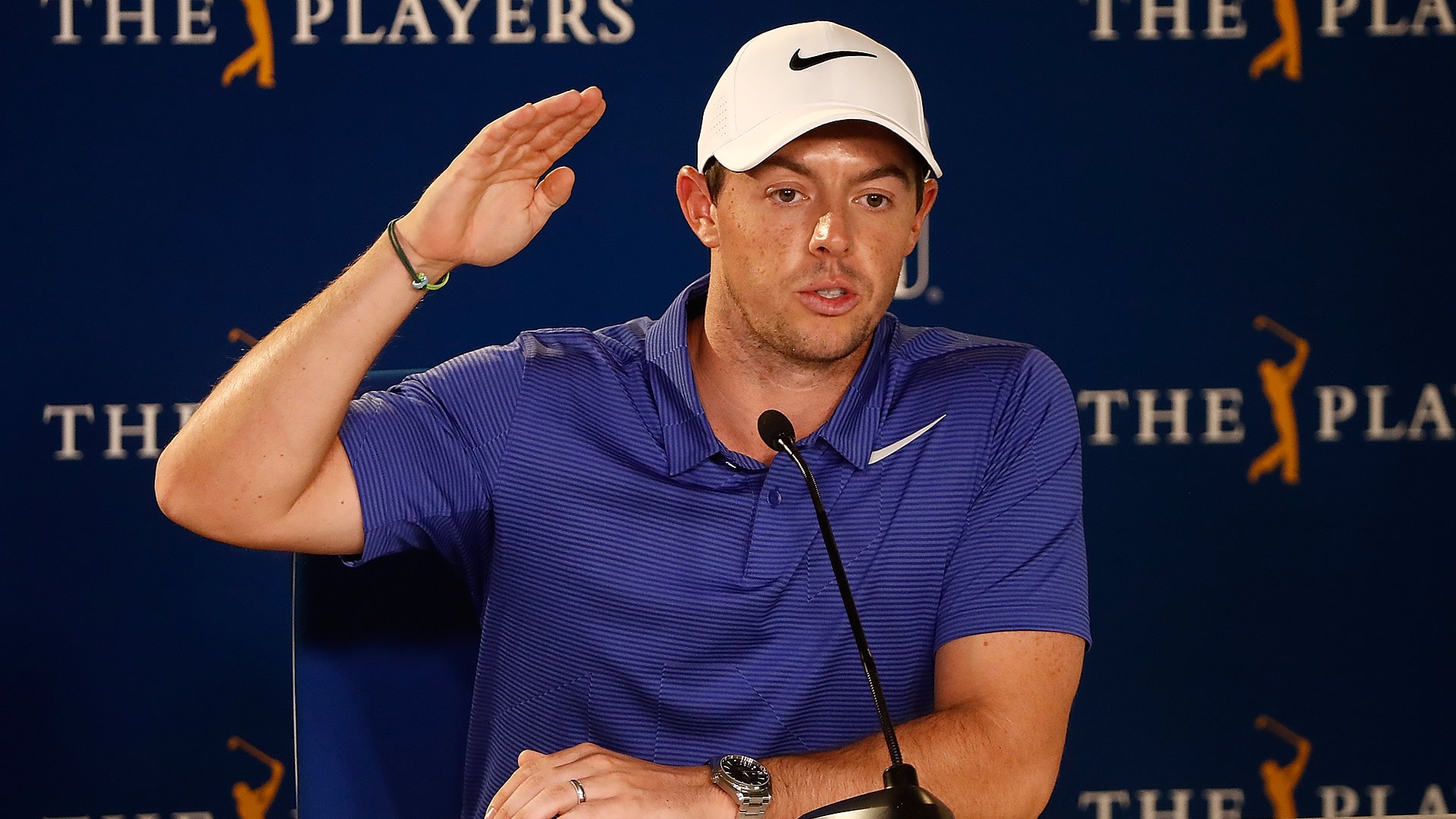 After the Masters, and before getting married, McIlroy “went back to the drawing board” and extensively tested equipment for 10 days. The world No. 2 emerged with a new long-term deal to play TaylorMade clubs – the full bag, including the golf ball. Financial terms were not disclosed.

McIlroy will make his debut as a TaylorMade staffer – he still has a deal to wear Nike apparel – this week at The Players Championship.

“It’s very rare that you get really excited about your equipment,” McIlroy said Tuesday. “I feel like it’s a new chapter in my life with a lot of stuff going on, but I really feel with the new equipment, it’s hopefully going to take me to that next level.”

Nike exited the golf-club business last summer, giving players like McIlroy the freedom to play any equipment. Before Christmas, he had another equipment summit and came away with Callaway woods and irons, and the Titleist ball. He played that set through the Masters but said that he struggled in the wind.

“I sort of chickened out a little bit with the ball,” he said, “because I just went back to what was familiar. I went back to something that I had played for a while, and I really didn’t give any other golf balls much of a chance.”

It became clear to Mcllroy after playing the Arnold Palmer Invitational and Masters that his ball wasn’t “performing for me.”

TaylorMade’s TP5x ball, McIlroy said, is “the best ball I’ve hit in, well, ever. That’s why I feel like this is the best way forward.”

McIlroy will use the M2 driver and fairway woods, and a prototype set of irons and wedges, including a 1-iron this week for the firm, fast conditions at TPC Sawgrass. His putter is still a “work in progress,” but for now he has the Spider model in his bag.