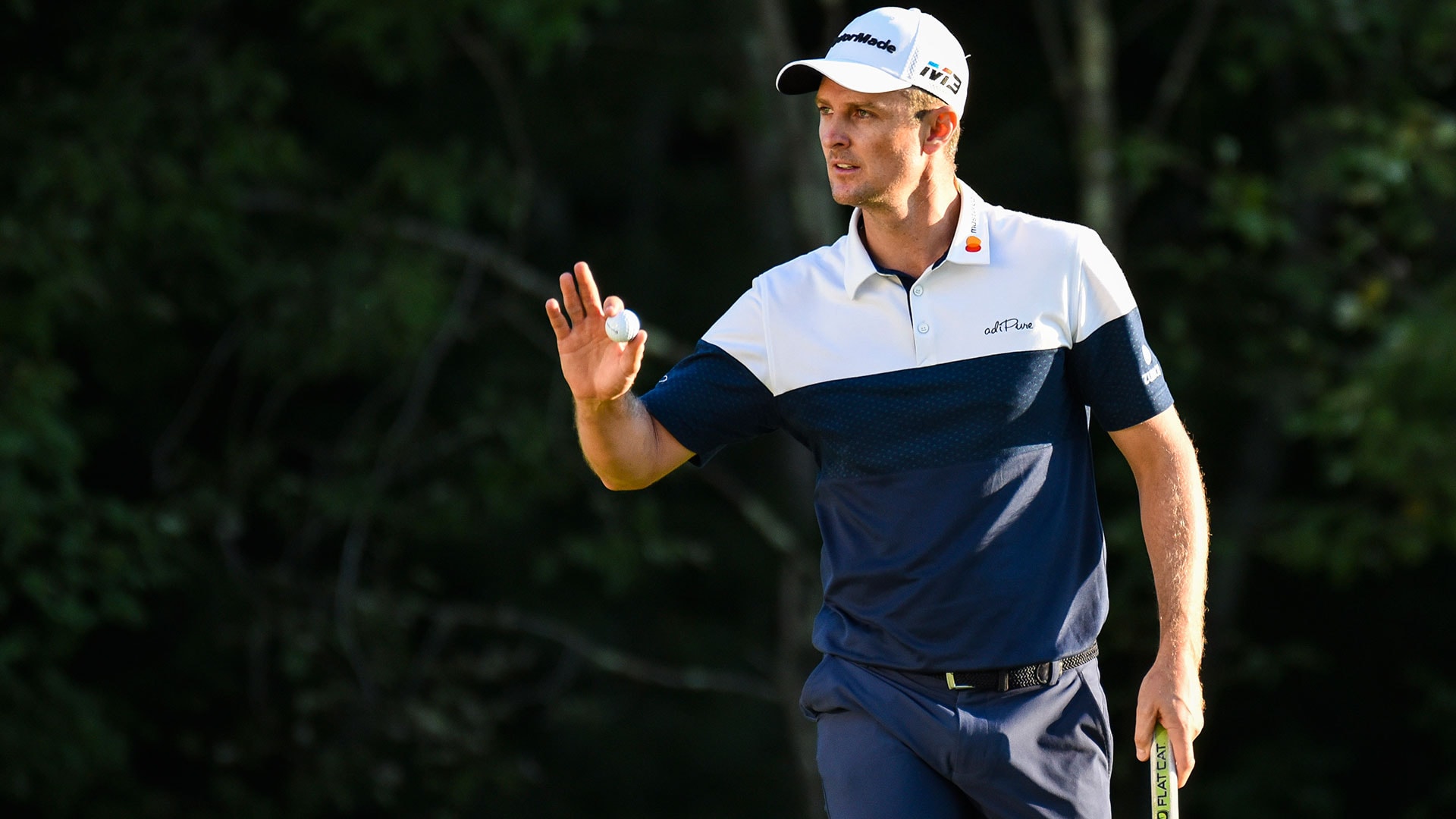 NORTON, Mass. – Justin Rose missed the cut last week at The Northern Trust, a missed opportunity that would make most players spend a few hours kicking themselves.

For Rose, however, it was a valuable chance to recharge.

The Englishman went home following his short week in New Jersey, rested and prepared for the second playoff event. In fact he didn’t arrive at the Dell Technologies Championship until Thursday evening, opting out of Thursday’s pro-am and eschewing a practice round at TPC Boston.

Following an amazingly consistent year that included 18 top-10 finishes in his last 26 starts that dated back to the 2017 Northern Trust, his missed cut at Ridgewood Country Club was a chance to reset.

“It kind of snapped that streak and I feel like I’m on to something new,” he said.

The rest and reset added up to a bogey-free 65 on Day 1 at TPC Boston and a one-stroke lead over Russell Knox following a signature round for Rose that included hitting 15 of 18 greens in regulation. After tying for the lead with a birdie at No. 15, Rose birdied his final two holes.

“I’ve built a lot into trying to stay fresh for the Ryder Cup,” Rose said. “Part of that was having nearly a week of rest.”