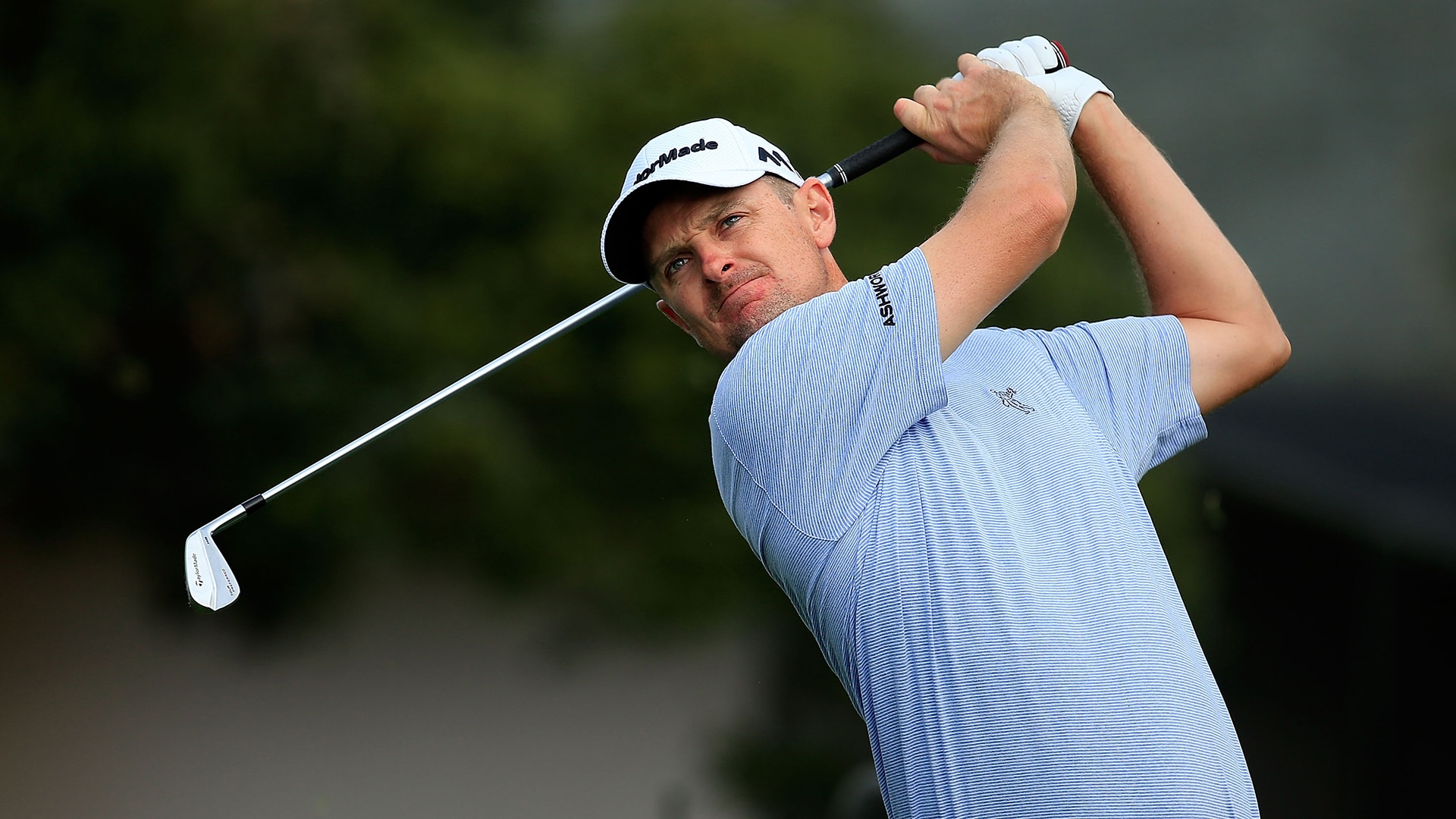 ORLANDO, Fla. – As Justin Rose described his opening-round 68 Thursday at Bay Hill, it "wasn't really solid, but it was eventful."

The eighth-ranked player in the world got into some trouble early when he found the fairway bunker on No. 11 and then rinsed his approach shot in the lake left of the green, leading to double bogey.

A pulled drive into the rough on the par-5 12th tee didn't do much to instill confidence either, but his layup from the rough, wedge to 12 feet, and putt for birdie put him back on track.

After once again finding a fairway bunker off the tee at the reachable par-5 16th, Rose hit his second shot from 203 yards to 20 feet, setting up an eagle-3 that - along with a par save from the hazard on 18 - got him through his first nine holes in 2-under 34.

A bogey at No. 1 was more evidence that he was playing with less than his best, but then there was another eagle - this time a hole-out from 112 yards at No. 3 - to reset his round yet again.

Two more birdies at Nos. 4 and 6 and, somehow, Rose was in the clubhouse at 4 under, one shot off the early lead.

"Those are rounds you always are happy about," he said. "I think that's where experience comes in. Stayed cool out there for the most part.

"Left a little bit to be desired. I didn't drive it as well as I have been. My iron play wasn't as sharp as it could have been. All in all, a good start considering everything."