Rose basking in gold: 'Nice coaster for glass of wine' 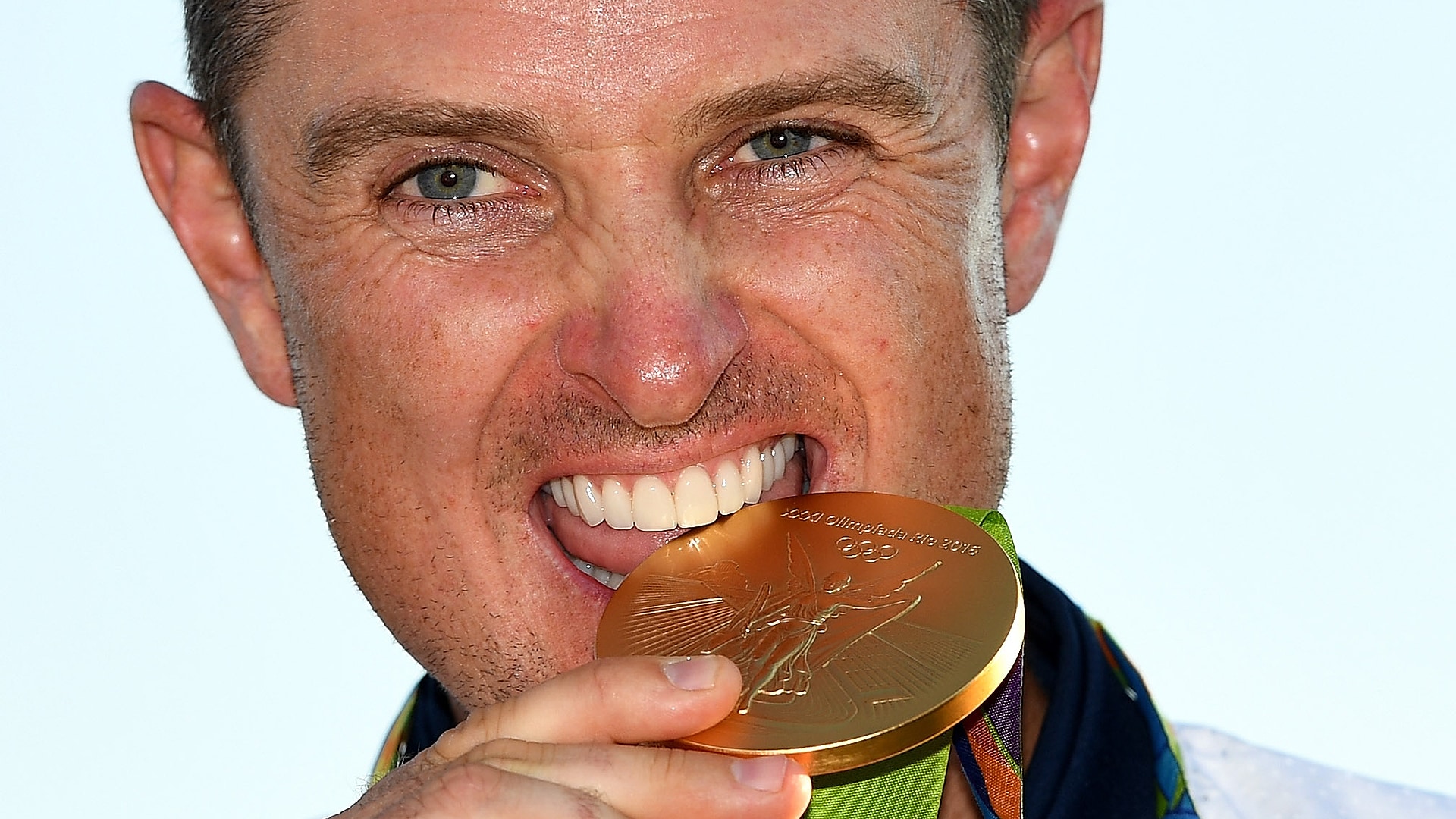 FARMINGDALE, N.Y. – Two weeks removed from his Olympic victory, Justin Rose is still basking in the glow of gold.

Rose outlasted Henrik Stenson to win the gold medal in Rio, becoming golf’s first Olympic champion in 112 years. He’ll return to action this week at The Barclays, where the Englishman hopes to begin his playoff run with a bit of momentum since, at No. 51 in the standings, he has work to do to make the 30-man Tour Championship.

But thoughts of East Lake took a backseat Tuesday to recollections of his championship moment in Brazil and the ensuing celebration.

“The whole experience, I think from start to finish, exceeded my expectations and certainly winning has blown me away in terms of the reach that it has and the global audience that it has,” Rose said. “I’ve really noticed a difference from people’s reactions and stuff like that.”

For Rose, the win goes alongside his 2013 U.S. Open triumph as one of the crowning achievements of his career. But it became an especially poignant victory for him when he returned home to England and celebrated with his 7-year-old son, Leo.

“He never lets on that he’s proud of me or lets on that he’s excited about golf and some of the trophies I’ve been able to bring home, and this one meant something a little bit different to him,” Rose said. “He was probably wearing (the medal) more than me for the first couple days that I was home.”

The Barclays: Articles, photos and videos

The reaction to his victory is still pouring in, and given a few days to reflect, Rose believes that Olympic golf belongs in the discussion of golf’s biggest events alongside the majors and Ryder Cup.

“You have to say it’s somewhere in between the two, because it was very patriotic. You had Union Jack flags flying. You had a huge Swedish contingent out there cheering on their man,” Rose said. “It felt very different from a normal tournament. Pressure is always self-inflicted, and it meant a lot to me. And so therefore, I was kind of feeling it from that point of view, as much as you would certainly in a major.”

While Rose is used to receiving larger hardware for his on-course triumphs, he has noticed that the portability of his gold medal has already proven useful.

“Much easier to travel with than a normal trophy. You can just kind of slip it in your pocket and then carry on,” he said. “You can drink out of the claret jug, and I guess the Olympic gold would be a nice coaster for a glass of wine.”