Rose looking forward to first competitive round at Pebble 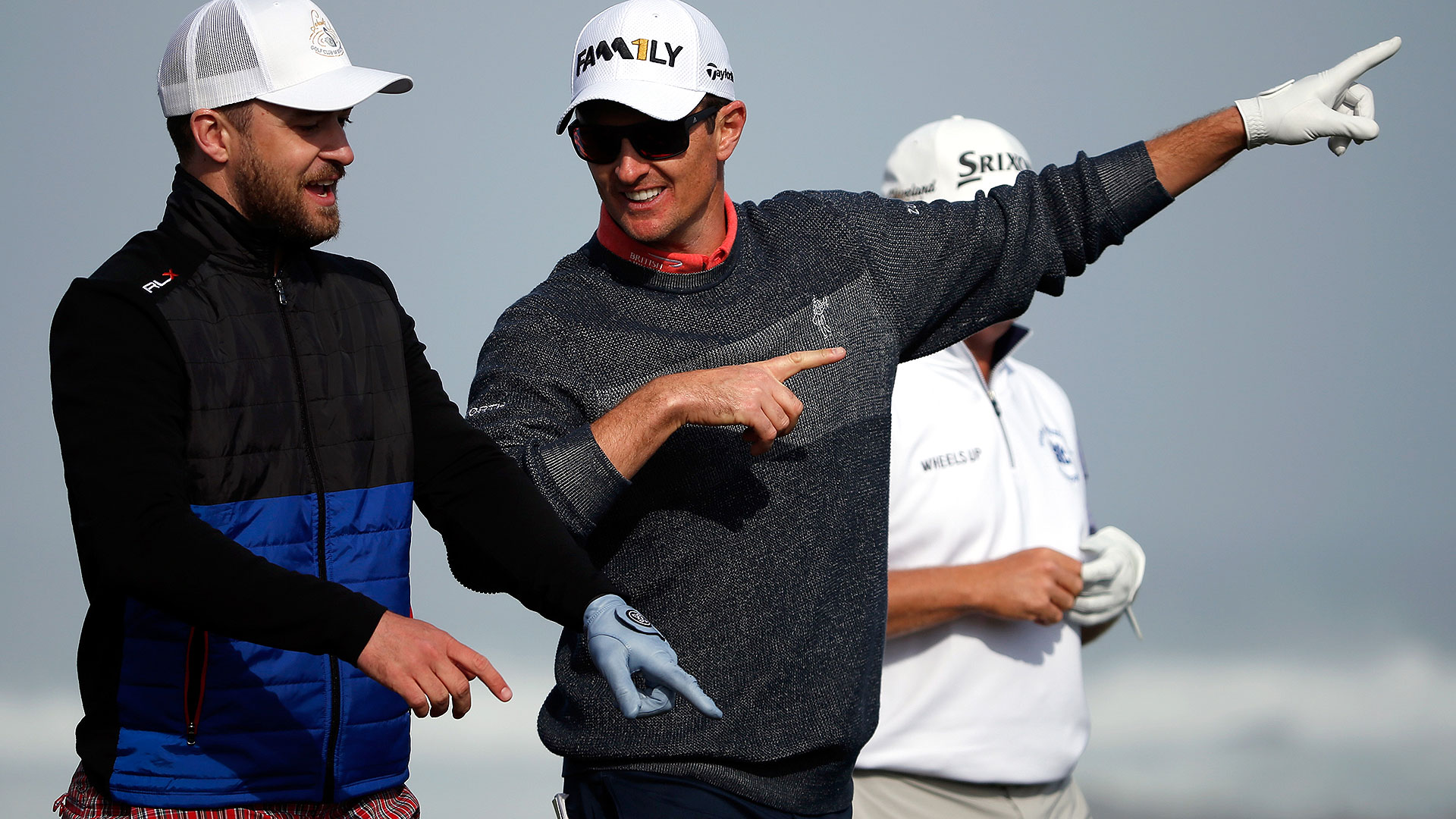 PEBBLE BEACH, Calif. – Justin Rose has never been to this neck of the woods before this week’s AT&T Pebble Beach Pro-Am, so it’s easy to forgive him for mixing up the order of operations.

Rose went out and played the tough course well – an opening 66 at Spyglass Hill – but was two shots worse Friday at Monterey Peninsula, usually the easiest of the three-course rotation.

What’s more is that Rose had played a practice round at MPCC on Tuesday, while he had only walked a couple of holes at Spyglass before his opening round. The difference in the two scores, according to the Englishman, came on the greens.

“I think I probably felt like I actually hit the ball even better than yesterday, but I had a hard time making as many putts as I did yesterday,” Rose said. “I think maybe the greens were pretty quick today and maybe a little bobbly. I had a hard time getting it on line.”

Rose opened with three birdies over his first seven holes, but he managed only one more birdie the rest of the way and dropped his lone shot of the day on No. 8, his 17th hole.

All is not lost for Rose, however. At 9 under, he heads into the weekend alone in sixth place, two shots behind co-leaders Hiroshi Iwata and Sung Kang. And playing alongside all-world entertainer Justin Timberlake, he should have plenty of company as he makes his way around this week’s host course for just the second time following his Wednesday practice round.

“Obviously I’m playing with some pretty big personalities, so I’m sure tomorrow’s going to be a fun day and really looking forward to it,” he said. “It will be my first competitive round ever at Pebble, so it will be a good day.”