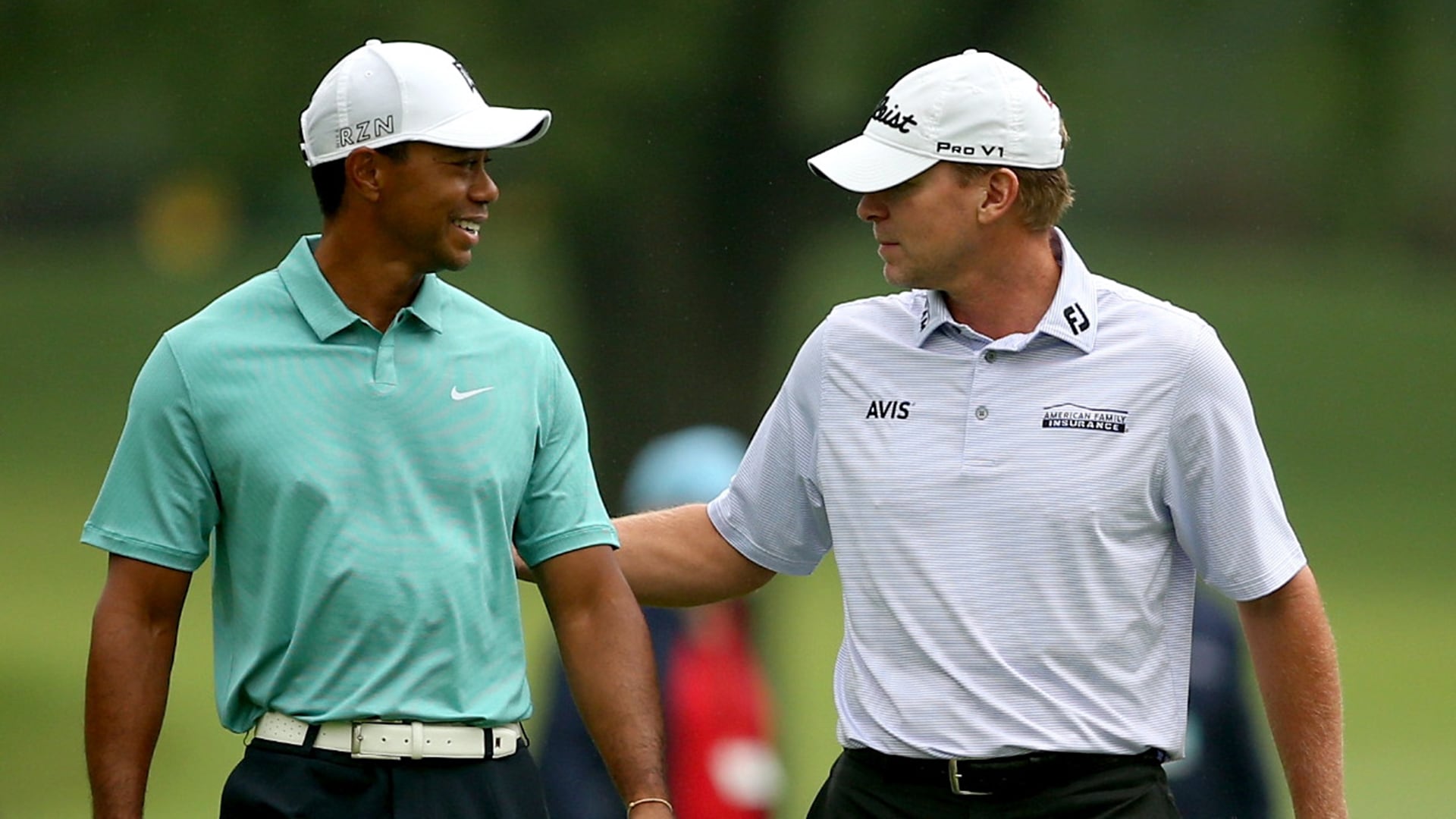 A young Steve Stricker looked destined for consistent PGA Tour success after winning twice during the 1996 season, but then he played with a kid named Tiger Woods, and then it all went wrong.

In an essay for The Players Tribune aimed at providing advice for all of golf's burgeoning young talent, Stricker shares the story of how a 1997 Pebble Beach Pro-Am round with Woods, Kevin Costner and Bryant Gumbel shattered his confidence and sent him into a slump for the better part of a decade. From the piece:

Several times, I would really connect with a drive only to be stunned to see that Tiger’s ball had landed 40 to 50 yards beyond mine.

This was the first big blow to my confidence as a golfer.

Stricker goes on to describe some mixed success through the remainder of the late '90s before he, "during the early 2000s," played "one of the worst professional rounds of [his] career down at Doral, and was just kind of lost."

Worst of all, wrote Stricker, he played that alongside Jack Nicklaus and felt throughly embarrassed.

As I signed my scorecard and prepared to head home for the weekend, I felt a tap on my shoulder.

“Steve, I’ll see you over on the range. I have a thing or two I want to show you about how you’re swinging the driver.”

A minute or so later, over on the range, Jack stood a few feet away from me, arms crossed, watching me push a tee into the ground. He gave me a few quick tips, and it wasn’t long before I was striping the ball.

Even after the lesson, Stricker eventually lost his card following the 2004 season. It was at that point that he gave up on trying to compete with the likes of Tiger and went back to playing a game more focused on accuracy and his short game.

Stricker, of course, rebounded to win Comeback Player of the Year in 2006 and 2007, and went to pick up another nine PGA Tour victories.

"I want the younger generation to cherish every moment they have on the PGA Tour," Stricker wrote. "I know it’s hard, but they can’t take anything for granted. They can’t chase dollars, whether it’s equipment deals or appearance fees. They can’t let anything change the game that brought them to the top."