Runner-up Scott 'blown away' by roar on 18 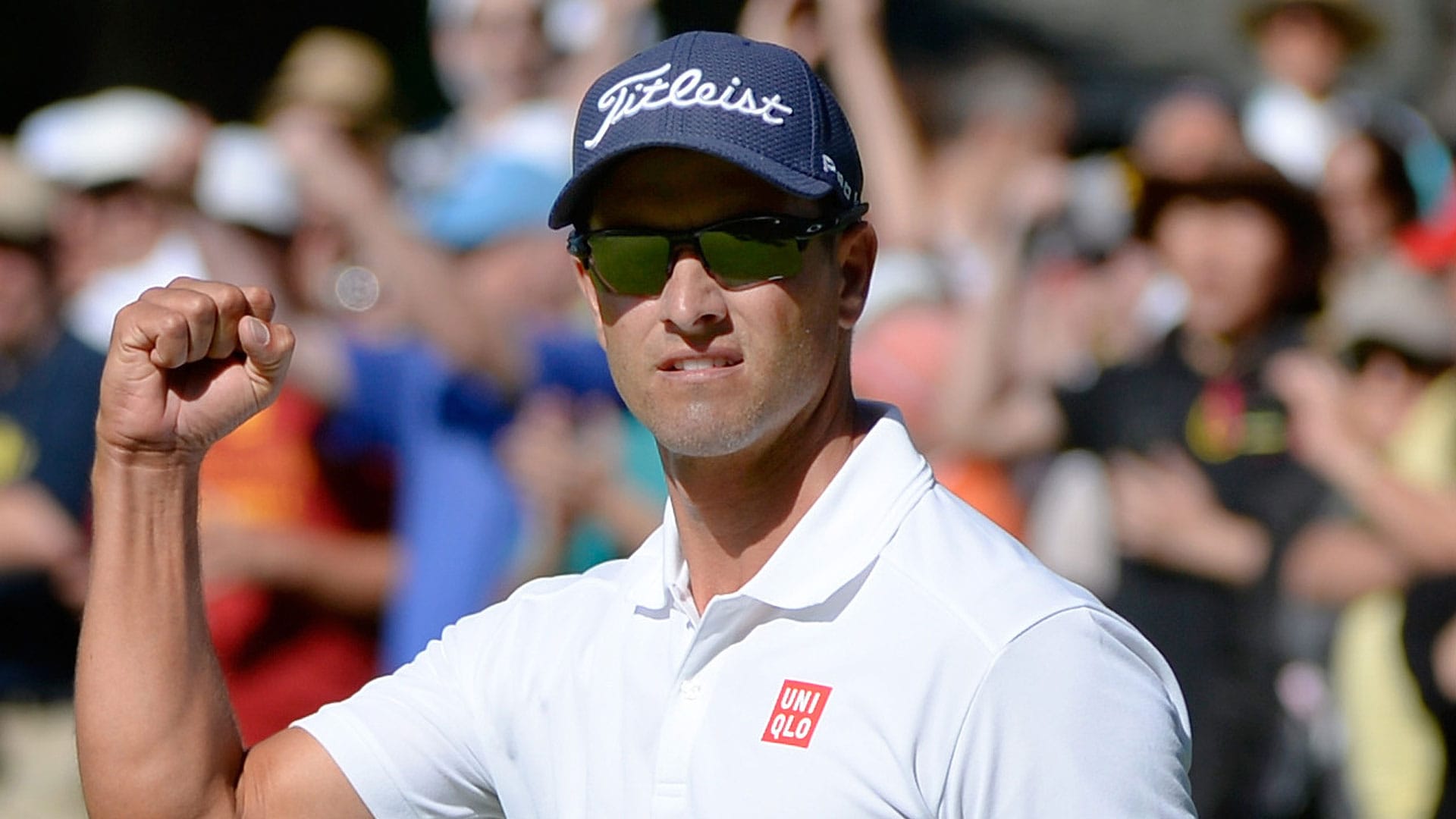 LOS ANGELES – Things didn’t play out the way he might of wanted at the Northern Trust Open, but that didn’t keep Adam Scott from savoring the moment.

From behind the 18th green, the Australian chipped in for birdie to at the time tie eventual champion Bubba Watson. Watson would birdie the 17th and par the final hole and secure the title, but for Scott – who hasn’t won on the PGA Tour since 2014 at Colonial – it was an encouraging finish.

“I was a little blown away with the sound that came down on the 18th green,” said Scott, who tied Jason Kokrak for second at 14 under par. “It's been a long time, or maybe never, since I've heard a roar like that, for me, anyway.”

Scott also said he’s encouraged by his game as he heads into his run up to the Masters. With starts planned at next week’s Honda Classic followed by the WGC-Cadillac Championship, Arnold Palmer Invitational and WGC-Dell Match Play, he was particularly pleased with his putting.

“I'm excited about going into the Florida stretch and then getting to Augusta where I feel the greens are really the kind of grass that I like a lot and feel most comfortable on,” said Scott, who ranked second for the week in putts made-distance. “I'm excited about what's coming up.”