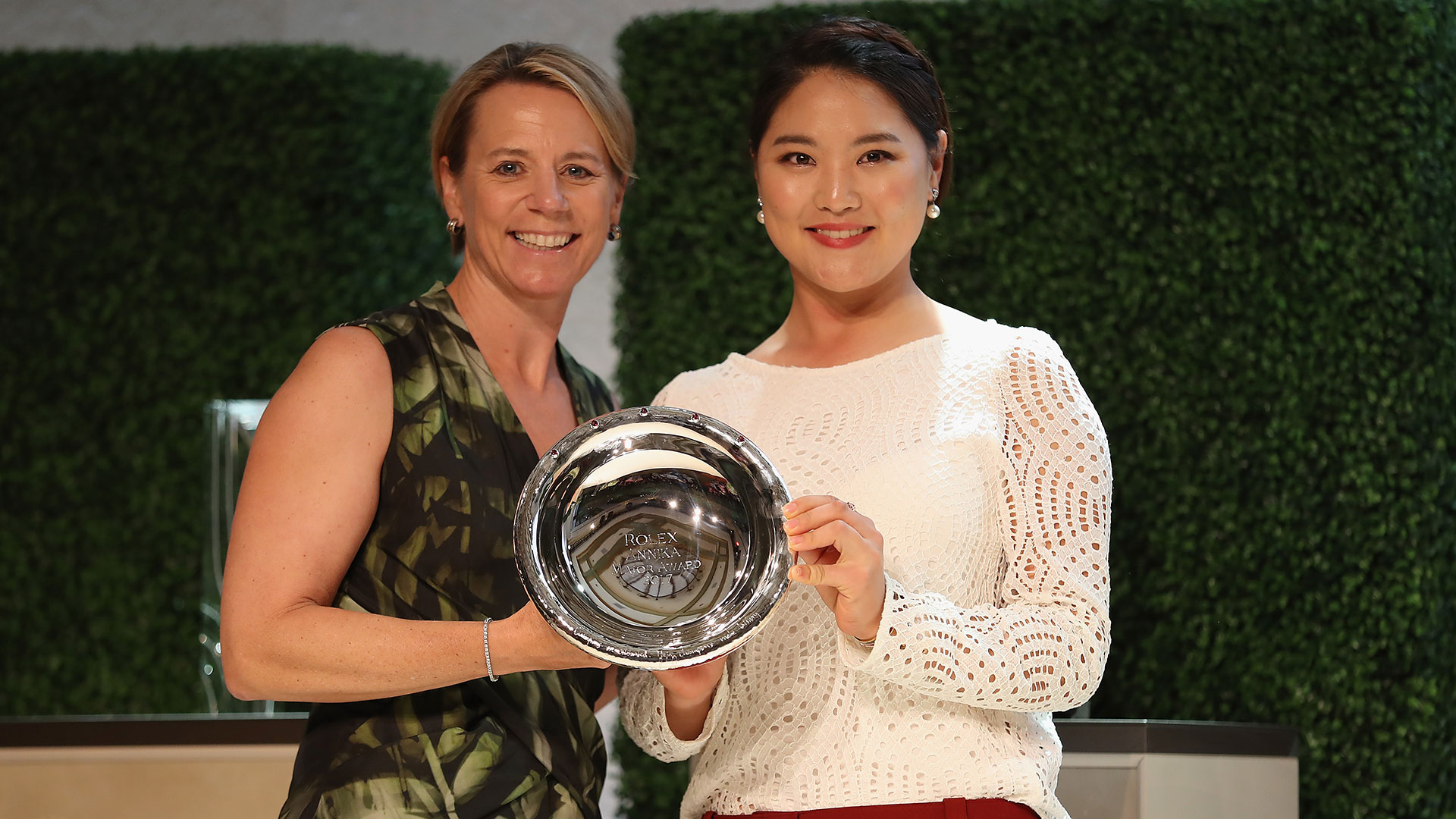 NAPLES, Fla. – The Rolex Player of the Year and Vare Trophy winners won’t be determined until Sunday’s finish of the CME Group Tour Championship, but seven other awards were presented Thursday during the LPGA’s Rolex Awards dinner at the Ritz Carlton Golf Resort.

The awards and winners:

William and Mousie Powell Award – Katherine Kirk won an award given to the player “whose behavior and deeds best exemplify the spirit, ideals and values of the LPGA.” Kirk won the Thornberry Classic this year, her third LPGA title. “Some people ask me if I feel obligated to give back to the game,” Kirk said. “I think it’s a privilege.”

Heather Farr Perseverance Award – Tiffany Joh, who had surgery to remove a malignant melanoma earlier this year, thanked the Farr family and all those who supported Joh through her diagnosis and recovery.

“I found a great quote from Ram Dass, `We are all just walking each other home,’” Joh said. “I’ve really come to understand the value of all my relationships, no matter how fleeting or profound they seem.”

The Commissioner’s Award – Roberta Bowman, outgoing chair of the LPGA Board of Directors, was honored for her service the last six years. LPGA commissioner Mike Whan called her “my friend, my boss and my hero.” Bowman deflected the praise for her back on to the tour, thanking Whan, LPGA staff, players, sponsors, fans and the media.

“The world needs more role models for little girls,” Bowman said. “And they don’t need to look much farther than the LPGA.”

Ellen Griffin Rolex Award and Nancy Lopez Golf Achievement Award – Sandy LaBauve, who founded the LPGA-USGA Girls’ Golf program, was honored as the first person to win both these awards.

The Griffin Award honors golf teachers and the Lopez Award honors an LPGA professional who emulates the values Lopez demonstrated. LaBauve is the daughter of Jack and Sherry Lumpkin, both teachers of the game.

“This program doesn’t belong to me,” LaBauve said of LPGA-Girls’ Golf. “I merely planted the seed. The fruit belongs to all of us.”

Rolex Annika Major Award – So Yeon Ryu won the award, named for Annika Sorenstam, for the best overall performance in women’s major championships this year. She won the ANA Inspiration and tied for third at the U.S. Women’s Open.

“It’s such an honor to win an award named after Annika Sorenstam,” Ryu told Sorenstam during the presentation. “It’s a special award for me.”