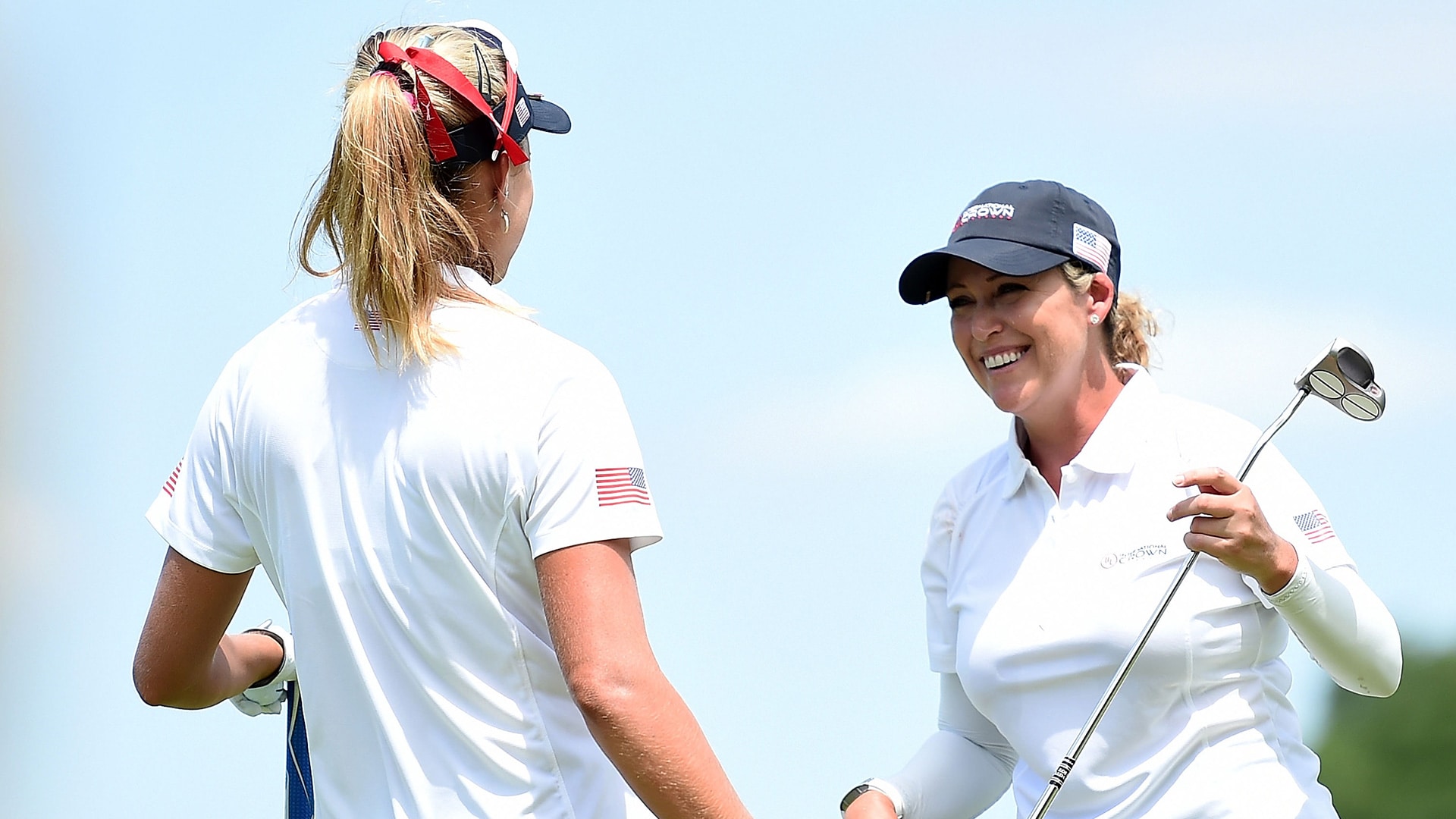 GURNEE, Ill. – The final round of pool play is Saturday with all eight teams in the hunt to qualify for Sunday singles.

Here are the pairings (all times ET):

The two countries with the most points in each pool automatically advance to Sunday.

• If there is a tie for first or second within a pool, the following tie-breaker will be used:

Total points accumulated in head-to-head matchups between the tied teams.

• The countries with the third most points in each pool will compete in a wildcard playoff on Saturday to determine the fifth and final country to advance to singles competition.

• Each country in the wild-card playoff must choose two players to represent it (within 5 minutes of the conclusion of pool play). The format for the playoff will be hole-by-hole fourball until a winner emerges. The tie-breaker will be the second ball from each country.

For example: Chinese Taipei and Australia finish third in their respective pools and they are in the playoff. Chinese Taipei chooses Yani Tseng and Candie Kung. Australia chooses Karrie Webb and Minjee Lee. After the first playoff hole, the players make the following scores. Tseng 4, Kung 4, Webb 4, Lee 5. Chinese Taipei wins the playoff since Kung made 4 and Lee made 5.