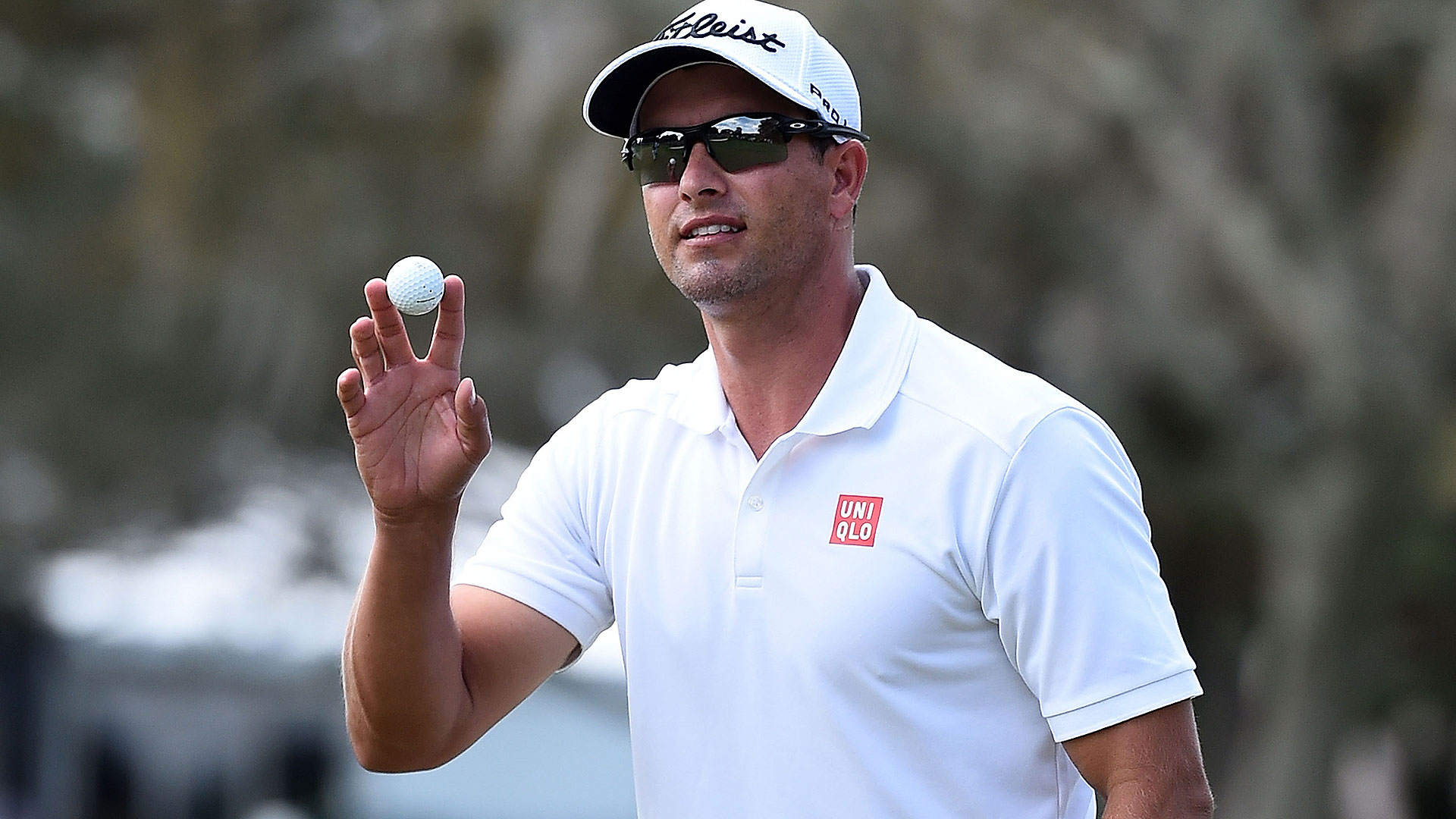 ORLANDO, Fla. – For the second straight day, Adam Scott played the first 17 holes at Bay Hill 5 under par. Then he hit his approach to the 18th green.

On Saturday, Scott found the water with his first attempt and then the back bunker with his second en route to a triple-bogey 7 and a round of 2-under 70.

On Sunday, once again 5 under for the day, Scott found the left rough off the tee and punched down the fairway to 111 yards, leaving himself what he thought was a simple wedge. But his third shot failed to clear the water guarding the right-hand pin position and his ball wound up lodged between two rocks decorating the hazard line.

Scott's caddie, David Clark, walked up to the green to survey whether the ball could be played from the rocks or if Scott would have to play another shot over the water. "He thought it was worth having a look at, and to be fair, it was," Scott said.

Once Clark waved him up, Scott was left to carry his own bag up the fairway, bump the ball from the rocks onto the bank, chip up to 4 feet, and clean up for a double-bogey 6 and a round of 3-under 69.

Unlike at the Honda and WGC-Cadillac, when he managed to win in spite of some uncommonly large numbers (a third-round quadruple bogey at PGA National, for example), Scott couldn't rally back from two doubles and a triple at Bay Hill, two of which came on the final hole.

He finished for the week at 9 under par.

"I think I did well this week, but like can happen at any of these courses in Florida, some misjudgments are crucial," Scott said. "I had a triple and two doubles this week - at least two doubles. And you look at my score and everyone can ifs and buts, but on three poor swings you lose 7 shots, and that's going to be close to being right there at the end of the week."