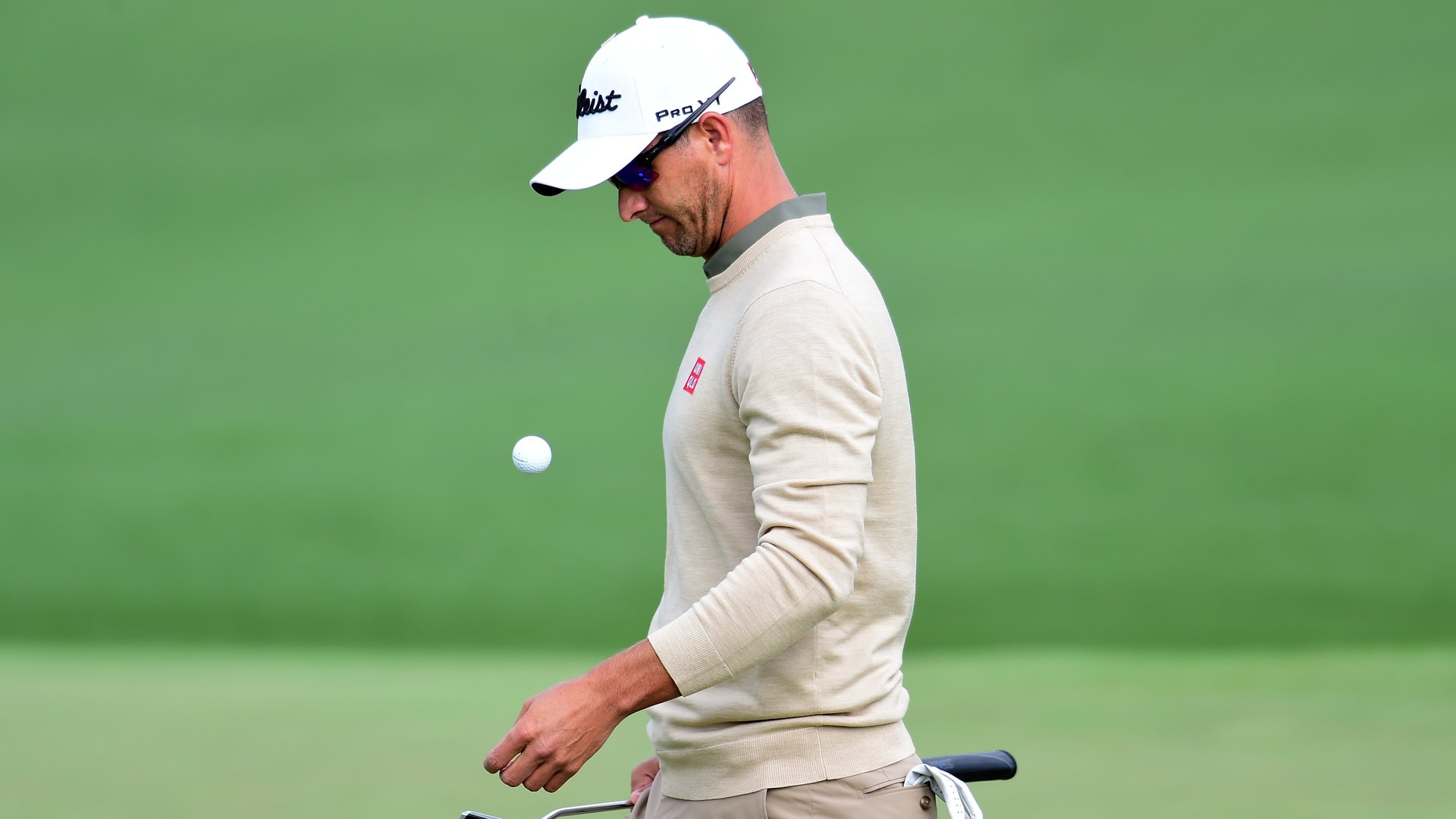 AUGUSTA, Ga. – Adam Scott’s 3-foot par putt on the 14th hole turned into a 12-footer after a 40-mph gust, and his fellow playing competitor thought play might be suspended because of unplayable conditions.

“His ball is rolling, I noticed guys in front of us, their ball was rolling,” said Kevin Kisner. “I thought they might pull us off.”

Scott described it as “borderline.”

This is Scott’s 16th Masters. He said the only year that stood out as this difficult was the second round of the 2007 Masters. That year he shot a second-round 78.

“We were really lucky we had a little rain overnight,” Scott said, “because if the greens were firm like they were in ’07, I don’t know how we would have played today. It was borderline anyway, all swirling around.”